The difference in the educational approach between Jenny and Jared is very large. Jenny’s learning is forced, her subjects chosen by someone else. Her learning is extrinsically motivated and often coaxed along with carrots (marks) and sticks (detentions). Jared’s learning, on the other hand, is intrinsically motivated, driven by his own desire to know more. The payoff for him is satisfaction of his own curiosity. Jenny’s education is owned by the government, school, principal and teacher. Jared owns his education.

Unschooling has been around for at least 95 years, ever since Summerhill, the first “unschooling school,” was established in the UK in 1921. Unschooling really came into fashion in the 1970’s when the term was coined by John Holt, a prominent leader of the secular home education movement.

The term is a misnomer in that it doesn’t mean anti-school, but embraces the philosophy of learner self-determination, whether the learner is a child or an adult. 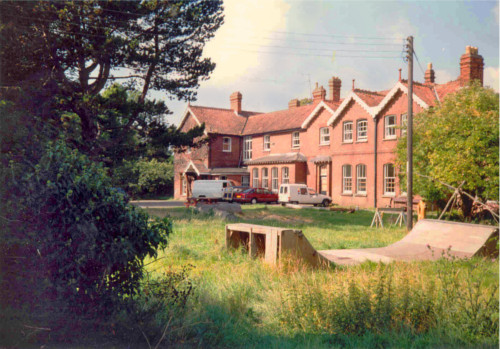 Unschooling is legal in all provinces across Canada and is usually undertaken under the provincial home education jurisdiction. There are about 80,000 home educators in Canada and approximately 10 percent self-identify as unschoolers, although it is hard to find data as many provinces don’t require home educators to notify or register.

People choose unschooling as an educational philosophy because they trust in the notion that all humans know what they need to learn, when they need it. Humans are learning machines that adapt to satisfy their knowledge needs. If we breathe, we learn. We begin learning from the moment of brain consciousness in the womb, and we never stop learning until we are in our graves.

The benefits of unschooling are many. Motivation – one of school teachers’ greatest challenges – is never a problem, because the learning agenda is never forced on a child. Also, children are always developmentally ready for the material they choose, or they wouldn’t choose it. Absorption of learning is high when the learner is interested, and the child can delve into an interest as deep as possible. With a lot of unstructured time, children can explore their passions and interests and may find a career path sooner than institutionally educated children. It has never been a better time in history to unschool because the internet has made information universally accessible. 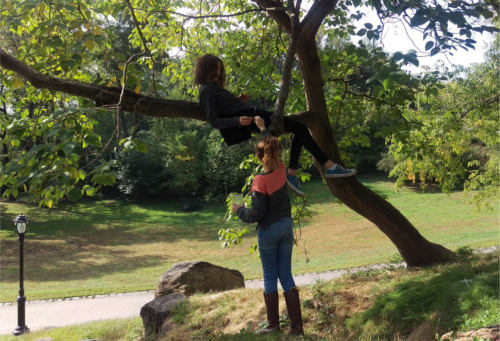 A benefit for society as a whole is cost savings. The minimal requirements for unschooling are a facilitator to provide access to resources that a child might not be able to acquire, and lots of free time. The facilitator is usually the parent, but can be a grandparent or older sibling. Where it cost Alberta taxpayers $8,201.47 to educate a child in school in 2016/2017, it only cost $1670.81 for taxpayers to educate an unschooler. It is also better for the environment in that thousands of children are not being bussed to a physical building so they can learn subject matter in online classes. There are also the typical family benefits of home education, such as pyjama days, off-season vacations, no homework, close sibling relationships, and increased relaxation and family time. Unschooling is often low-stress learning.

The drawbacks of unschooling are few, but they do exist. School-age children not old enough to stay home alone, so parents need childcare if they work and their children are under age 12. Also, children’s interests may emerge at odd times – such as wanting to learn how to build a birdhouse at 11pm – and it can be tempting to put it off rather than encourage the learning, because we know that learning is not contained to a certain time period in the day. Children’s wide interests may mean enrolling in classes that require driving all over the city, and the supplies of hobbies create a mess throughout the home, instead of being contained at school. Another drawback is that many people do not understand child-determined unstructured learning and assume that unschooling means uneducated, and might report families to social services for neglect.

Is unschooling evidence-based? Institutions treasure what we can measure, and in the absence of standardized test results in home education, it is difficult to provide systematic evidence that unschooling works. Anecdotal evidence is plentiful. If one talks to families of unschoolers, one will hear how well the children have grown in confidence, direction and education.

Many unschoolers don’t experience their first classroom environment until university or community college, and they do just fine. In fact, they thrive, because they have had the practice of owning their learning all their lives, unlike their cohorts who have just been released from 12 years of being strictly monitored and directed by their parents and teachers.

Two of the best studies in unschooling are the existence of the Sudbury Valley school in the USA, which has existed since 1968, and the Summerhill school in the UK that was established in 1921.

Both promote the self-determined education philosophy within the physical building and administration of a school. The Altschool micro-school philosophy that started in San Francisco in 2013 is another new school that parallels the personalized, child-directed learning that is prominent in unschooling, but requires hefty tuition fees. Even when Summerhill faced the threat of closure multiple times, governments couldn’t find enough evidence that children were not learning, and the school continues to produce well-educated, self-determined learners.

How do you unschool your child? It’s pretty simple; live your life, and be attentive to what your learner wants to do. Let the child lead and you follow. If your child wants you to read a book, read her a book. If she wants to play a game, play a game. If she wants to build a dollhouse, help her get the materials and build it together. If she wants to do it herself, let her. If she wants to see a movie, buy tickets and go. Travel, explore, build, work, volunteer, and point out things you find exciting. Share your love of knowledge and curiosity. Of course, you have needs too, so if you have an appointment and can’t show your children how to make slime at that moment, absolutely postpone it. But be sure to come back to it.

What would a typical unschooling day look like? Imagine a Saturday morning in July. The family gets up one at a time, when everyone has had enough sleep. Some members might gravitate toward the computer while others may start with breakfast.

Some families ban all screens while some families have no screen limits. A typical day might involve a part-time job (either the parents’ or a teen’s), volunteer work, attending a concert, play or presentation. It would involve a lot of free play, board games, working on a project, cleaning the house, and/or socializing with their friends.

The day unfolds and the learning fits with whatever meandering comes of it. Outcomes are not predetermined, but can be recorded in retrospect. Many families take photos, notes and videos in order to keep a permanent record of learning.

Unschooling doesn’t necessarily mean the absence of textbooks, worksheets, or courses. If a child wants to take a class, it can even be a regular teacher-taught class. The key is that the child wants to take it, rather than the parent, school or government requiring it. Learning has to be freely chosen by the learner. Many unschooled children eventually attend a high school for more formal learning in their chosen career path. The difference is that it is their decision to enroll, and the power to act on that choice naturally leads to a huge difference in their level of motivation.

One major, common questions people have about unschooling is, “Will there be gaps?” Of course, but even in the school system, there are gaps. For example, children can’t possibly learn about every country in the world, so the school chooses one country per grade. In unschooling, the child can choose and will be more motivated to learn if they have interest in it. Their knowledge is narrow but deep, rather than wide but shallow. Many unschooling families travel for education (also called worldschoolers) and the learning comes alive when children are immersed in a new culture. 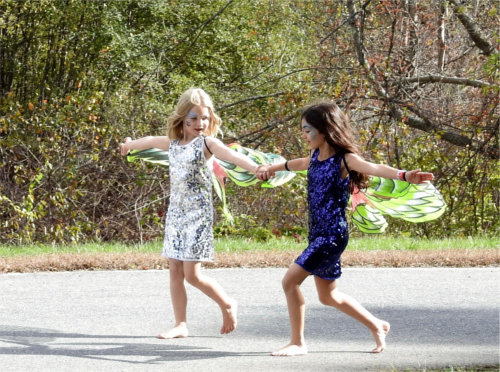 Socialization is a concern people often have about children that don’t go to school. Home education families are very well socialized. Research shows that a home educated child is enrolled in an average of eight activities at once. The adult-to-child ratio is much higher than a typical school playground, and the children have the benefit of adults present to model social skills, and intervene when bad peer situations arise.

Another concern is the notion that school is a sanctuary for some children from dysfunctional family backgrounds. Schools can be sanctuaries if the staff notice and help the child with their adverse childhood experiences. Unfortunately, that doesn’t always happen, and the child falls through the cracks with no helpful adults in their lives. Without the buffering effects of caring parents, school becomes one more source of stress in their lives instead of a relief.

Many home education parents believe it’s not up to the schools to parent their children. Schools should teach academics and leave the teaching of soft skills, such as character development, to the family. Unschooling families take back the “parenting” aspect of education and tend to be attentive, encouraging, curious and passionate about learning. They are anything but neglectful with an unstructured learning approach.

Every parent in Canada is a home educator, because parents are a child’s primary learning facilitator from birth to age six. Some parents just want to continue education at home for the next 12 years and choose the self-determined approach of unschooling as a valid educational alternative.