The following essays comprise Section One of Everything Voluntary: From Politics to Parenting, a book compiled by the editor, Skyler J. Collins, and intended to introduce the political philosophy known as voluntaryism.

Too often lawmakers resort to the force of law rather than the power of persuasion to solve a problem in society. They are too quick to pass another statute or regulation in an effort to suppress the effects of a deep-rooted problem in society rather than seeking to recognize and deal with the real cause of the problem, which may require parents, teachers, pastors, and community leaders to convince people to change their ways.

Too often politicians think that new programs requiring new taxes are the only way to pay for citizens’ retirement, health care, education or other social needs. “People just aren’t willing to pay for these services themselves,” they say, so they force others to pay for them instead.

Supreme Court Justice Oliver Wendell Holmes once said, “Taxation is the price we pay for civilization.” But isn’t the opposite really the case? Taxation is the price we pay for failing to build a civilized society. The higher the tax level, the greater the failure. A centrally planned totalitarian state represents a complete defeat for the civilized world, while a totally voluntary society represents its ultimate success. Read the full thing »

At one end of this spectrum are coercivists. Coercivists believe that all order in society must be consciously designed and implemented by a sovereign government power. Coercivists cannot fathom how individuals without mandates from above can ever pattern their actions in a way that is not only orderly, but also peaceful and productive. For the coercivist, direction by sovereign government is as necessary for the creation of social order as the meticulous craftsmanship of a watchmaker is necessary for the creation of a watch.

At the other end of the spectrum are voluntarists. Voluntarists understand two important facts about society that coercivists miss. First, voluntarists understand that social order is inevitable without coercive direction from the state as long as the basic rules of private property and voluntary contracting are respected. This inevitability of social order when such rules are observed is the great lesson taught by Adam Smith, Ludwig von Mises, F.A. Hayek, and all of the truly great economists through the ages.

Second, voluntarists understand that coercive social engineering by government – far from promoting social harmony – is fated to ruin existing social order. Voluntarists grasp the truth that genuine and productive social order is possible only when each person is free to pursue his own goals in his own way, constrained by no political power. Coercive political power is the enemy of social order because it is unavoidably arbitrary – bestowing favors for reasons wholly unrelated to the values the recipients provide to their fellow human beings. And even if by some miracle the exercise of political power could be shorn of its arbitrariness, it can never escape being an exercise conducted in gross ignorance. It is a simpleton’s fantasy to imagine that all the immense and detailed knowledge necessary for the successful central direction of human affairs can ever be possessed by government. Read the full thing »

Fundamentals of Voluntaryism, by Carl Watner

Voluntaryism is the doctrine that relations among people should be by mutual consent, or not at all. It represents a means, an end, and an insight. Voluntaryism does not argue for the specific form that voluntary arrangements will take; only that force be abandoned so that individuals in society may flourish. As it is the means which determine the end, the goal of an all voluntary society must be sought voluntarily. People cannot be coerced into freedom. Hence, the use of the free market, education, persuasion, and non-violent resistance are the primary ways to change people’s ideas about the State. The voluntaryist insight, that all tyranny and government are grounded upon popular acceptance, explains why voluntary means are sufficient to attain that end. Read the full thing »

The Anatomy of the State, by Murray N. Rothbard

The State is almost universally considered an institution of social service. Some theorists venerate the State as the apotheosis of society; others regard it as an amiable, though often inefficient, organization for achieving social ends; but almost all regard it as a necessary means for achieving the goals of mankind, a means to be ranged against the ‘private sector’ and often winning in this competition of resources. With the rise of democracy, the identification of the State with society has been redoubled, until it is common to hear sentiments expressed which violate virtually every tenet of reason and common sense such as, ‘we are the government.’ The useful collective term ‘we’ has enabled an ideological camouflage to be thrown over the reality of political life. If ‘we are the government,’ then anything a government does to an individual is not only just and untyrannical but also ‘voluntary’ on the part of the individual concerned. If the government has incurred a huge public debt which must be paid by taxing one group for the benefit of another, this reality of burden is obscured by saying that ‘we owe it to ourselves’; if the government conscripts a man, or throws him into jail for dissident opinion, then he is ‘doing it to himself’ and, therefore, nothing untoward has occurred. Under this reasoning, any Jews murdered by the Nazi government were not murdered; instead, they must have ‘committed suicide,’ since they were the government (which was democratically chosen), and, therefore, anything the government did to them was voluntary on their part. One would not think it necessary to belabor this point, and yet the overwhelming bulk of the people hold this fallacy to a greater or lesser degree. Read the full thing »

Commitment to nonviolence requires us to find solutions that address the needs and feelings of all parties. Resorting to violence means that one party will lose and be forced to give up when the other party wins. Nonviolence begins with respect for the needs and feelings of others, and a serious attempt to appreciate their point of view. The methods of nonviolence are communication, negotiation, mediation, arbitration and nonviolent forms of protest and resistance, when other forms of communication fail to resolve a conflict. When these methods are used with skill and persistence, most conflicts can be resolved without any party feeling the need to resort to violence. Organized, persistent nonviolent action can overcome oppression and resist aggression more effectively than violent means.”What is nonviolence? It is a way of life based on these human beliefs: Human conflicts can be resolved without violence or force; organized social aggression can be faced and turned back effectively without war and without killing anybody; most crime problems can be addressed more effectively without the use of violent methods or punishment or restraint; people well-educated in the use of nonviolent methods will almost always be more effective in human relations than those who use physical threats and weapons. Read the full thing »

Charity in the Land of Individualism, by John D. Fargo 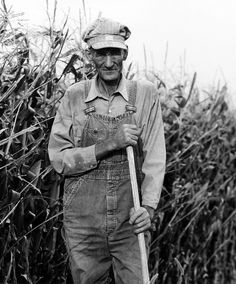 It was back on the farm, late 1940s, along the northwestern edge of the corn belt – in the land of individualism. Folks were poor, and only the more rugged had survived the ravages of the Great Depression, but times were better now.

A new farmer moved in and rented the farm across the section. I’ll call him George. Within this self-reliant culture, George didn’t fit in well. Each farm, a piece of carefully marked-off private property, was conscientiously cared for by the farmer and his family, but not George’s.

This was before farmers used chemical weed killers. Thus, each farmer had to control weeds the hard way, by laboriously chopping them down, lest they go to seed and infest not only his fields but those of his neighbors. But not George. Read the full thing »

The following essays provide further reading on the topic of voluntaryism.