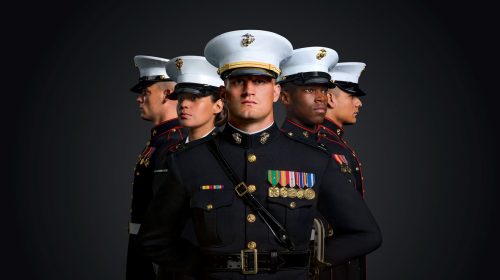 According to its web site, Shields of Strength “provides fashionable, functional, and durable Christian fitness jewelry and accessories.” Those items include military “dog tags” engraved with quotes from scripture and sometimes the logo of the armed forces branch the customer belongs to.

Most commentary on the dispute centers around “religious freedom” versus “separation of church and state,” but those seem like side issues to me.

When I served in the Marine Corps, many of my comrades wore crosses, St. Christopher Medals, and other religious symbols on the same chains as their dog tags. As long as a Marine is paying to have his own custom dog tag made with such things incorporated in them rather than hanging separately, and as long as that tag includes the relevant identification information, I just don’t see the problem.

What IS the problem?

According to MCTLO, “[T]he USMC Trademark Licensing Program exists to regulate the usage of Marine Corps trademarks such as the Eagle, Globe and Anchor worldwide. ”

Even assuming the correctness of “intellectual property” claims like copyright, patent, and trademark, such claims don’t past muster when asserted by the US government or its subsidiary agencies such as the Marine Corps. This is especially true of trademarks.

While the justifications for copyright and patent law have their own clause in the US Constitution (“to promote the Progress of Science and useful Arts, by securing for limited Times to Authors and Inventors the exclusive Right to their respective Writings and Discoveries”) US trademark law is justified in terms of Congress’s power to regulate interstate commerce.

The Marine Corps isn’t a private commercial entity. Nor should its symbols — which date back to 1868 in current form, to 1775 in various forms, and ultimately to the British marines the US based its service’s composition and mission on — be treated as the Marine Corps’ commercial property. 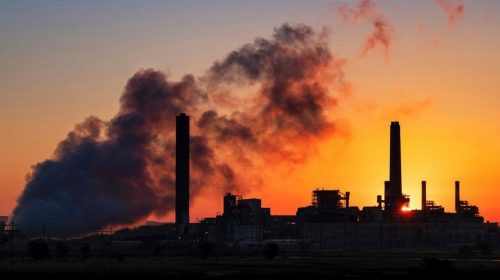 Why is anthropogenic global climate change (AGCC) about the only scientific topic where the “consensus of scientists” is still supposed to be the final word, shutting down any further discussion? You don’t hear many other scientific topics described in that way.

I think it may relate to the worshipful way most people think of democracy. If “everyone” goes along with one way, it must be the right way.

But does that make sense?

“Ninety-seven percent of doctors agree: This medicine/treatment is all you need, there is nothing more to discuss on the matter! The science is settled!” How many times in the past has this been the case, only to be dismantled by those who didn’t consider it settled?

“Ninety-seven percent of physicists agree that physics is done. No need to study or look for any more forces or particles. We know all we can know. The science is settled.” And, again, how many times has this been claimed, only to be overturned by some maverick who wouldn’t go along with the consensus of the crowd?

How often did the general population just accept the “scientific consensus” at face value– to their detriment– until the consensus was disrupted?

So, if “all scientists” agree that the climate is changing, the change is due to human activity, it will be a net negative, it can be fixed, and that governments are the only thing which can “save the world”, then gullible people jump on that bandwagon. “All scientists” agree, so it must be true! Right?

Strange how this problem and their proposed solution gives power and money to those who are largely funding the research. If some other science issue could give this much power and money to States, how quickly do you think they’d discover some crisis that only governments could exploit… I mean, “solve”? Maybe if the climate change hysteria dies down, they will find another issue to exploit. Unless political government evaporates before then. 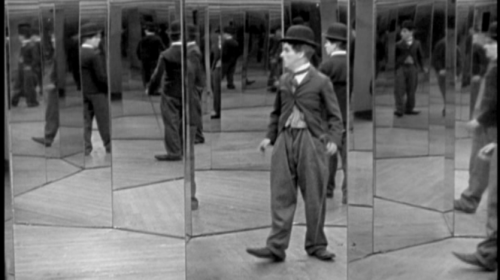 A few days ago, I posted a blog entry about time, The Problem of Prediction.  Our perceptions are formed in a multi-part domain of past, present, and future.  Further, the past is divided into the part we experienced directly versus the part that was relayed to us from others.  The latter part is composed of genetics or memetics.  Genetic information is passed to each of us from all of our natural ancestors in converging but linear fashion (multiple but separate lines).  Memetic information is all other inputs, both sensory and persuasive.  You do not have to recall genetic code because you have it at conception.

But all influences on you, after conception, are memetic.  Whether or not you remember their fact situations or not.  The first problem with recollection is that no human being can know everything.  It is impossible since there are no organized repositories for such knowledge.  The natural sources for knowledge of the past are sensations, perceptions, cognitions, and recountings — and these are nowhere fully known.  Sensations are poor channels because no two people are likely to have the same sets of 5 senses, in the same degree.  Perceptions are faulty because where, when, and how do perceptions arise?  Cognitions are formulations from compositions of facts, such as books, and none of us is exposed to exactly the same mixtures of fact and fantasy, time and space.  Recountings, from others, are variable and secondhand (and beyond) versions of the above inputs.

And the efficiency with which each individual learns and remembers the lessons of the past, even though of life-and-death consequence, is oxymoronic. 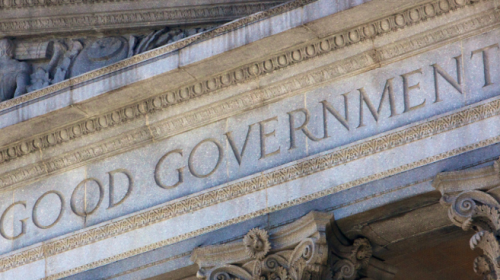 Here is the beginning and then end of so-called good government: the adjudication of disputes (torts and contracts) and keeping the peace. If that’s all government was and did, I’d probably have no complaints. The problem arises when government moves beyond dispute adjudication and peacekeeping because doing so necessarily entails the creation of conflict and an end to peace. Nothankyou, and that’s today’s two cents. 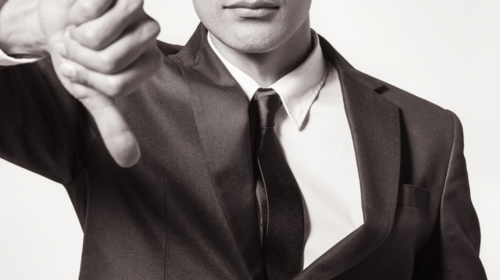 When was the last time you heard this from an adult?

Children have no problem speaking their minds about their preferences. You’ll hear this several times a day at least from a 3 year old – at least until they’re shamed out of it.

Surely we adults haven’t stopped *not* wanting to do things. It’s just that now we’ve acquired the habit of bending over backwards to avoid saying what we want.

We “can’t come” or “won’t be able to” or “had something come up” or “have to be somewhere.” If we do say “no thanks” we feel obligated to add caveats and explainers.

Sometimes these are legitimate responses. But come on: sometimes they’re just our way of avoiding something we don’t want to do – and avoiding the need to acknowledge that. It’s understandable: people rarely want to blunt enough to say “no, I’m not interested.” But it’s probably unhealthy that we so rarely bring our own preferences into the picture.

It seems like we feel like we need to have unselfish reasons for everything we do – something probably learned from negative childhood reinforcement. So we rely on (or manufacture) external circumstances rather than just speak our minds. And our friends are left wondering if we don’t like them or just don’t like bowling.

Why isn’t “not wanting to” enough? 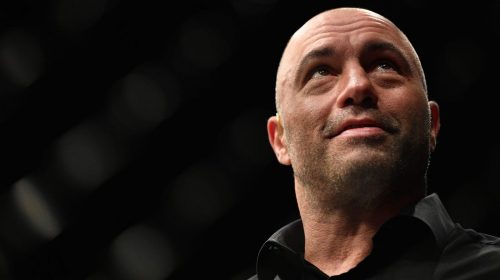 On January 20, comedian and podcast host Joe Rogan mentioned that he’ll “probably vote for Bernie” Sanders in the Democratic Party’s presidential primary. Rogan cited Sanders’s decades of “consistency” as a “very powerful structure to operate from.”

More interesting than Rogan’s quasi-endorsement was the Human Rights Campaign’s negative response. The organization called on Sanders to “reconsider” his acceptance of Rogan’s support.

What’s the organization’s problem with Rogan?

But in 2016, HRC backed Hillary Clinton — who had clung to marriage as a “one man, one woman” proposition until about a minute before the Supreme Court ruled otherwise — over “unabashedly supportive” Bernie Sanders.

If political advocacy was subject to “truth in advertising” laws,  that motto would be “Turning Contributions for Lesbian, Gay, Bisexual, Transgender and Queer Equal Rights Into Support for Establishment Politicians.”

As for Rogan, he doesn’t seem to have truly “attacked” anyone. He “jokes” about EVERYONE, which is a comedian’s job. And he muses, and lets his guests muse, about pretty much EVERYTHING through hours of podcasting every week.

I’ve listened to hundreds of hours of Joe Rogan’s podcast, and the one thing I’ve never heard come out of his mouth is hate for LGBTQ people or any other minority group.

What I did hear, in the same podcast in which he lauded Sanders, was this: “Treat each other as if they are loved family members. Treat people as if they’re you. And if you do treat them, and if they treat you like that … the world is a better place.”

Yes, Rogan has frequently expressed concerns about trans issues, especially in the world of sports. As a former professional fighter and commentator for professional fights, he’s interested in, and has talked extensively about, the difficulties of sorting athletes by gender in a gender-fluid age. But never, so far as I can tell, has he done so from a hateful viewpoint.

Yes, Rogan has made jokes at the expense of virtually every group on the planet. And he has a knack for turning those jokes into mirrors for himself and everyone else to see our shared humanity in.

I don’t always agree with Rogan, but he grapples honestly with tough issues instead of just pushing a  lucrative party line and denouncing all who dissent from that line. The Human Rights Campaign would better serve the community it claims to work for by adopting that approach instead of denouncing it.

You Are Responsible for Your Own Disillusionment
It’s Not Just Trump Supporters: Politics is a Pile of Shared Psychoses
Rose Wilder Lane: Pioneer of Educational Freedom
A Loophole for the Lawless: “Qualified Immunity” Must Go
Fake Credentials
Meet Virgil Griffith: America’s Newest Political Prisoner
Computers Do Not Understand Lying
Explain Your Extremists
“We” Should Not Regulate Homeschooling
NATO is a Brain Dead, Obsolete, Rabid Dog; Euthanize It