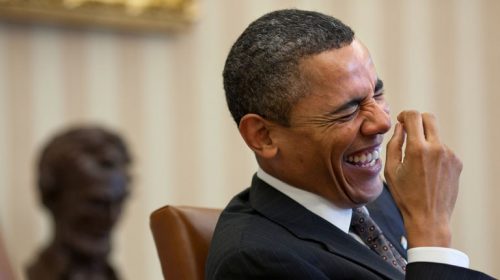 Just get a look at this typical mainstream media treatment of the story from Bloomberg (you know, that one Wall Street guy’s news site):

“Hillary Clinton says she made a mistake when she gave speeches on Wall Street after leaving government. Taking money from banks, she writes in her new memoir, created the impression she was in their pocket.”

But not just that she gave speeches. It was what she said in those speeches:

“In private paid speeches to financial firms and interest groups before she declared her candidacy, the Democratic presidential nominee comes off as a knowing insider, willing to cut backroom deals, embrace open trade and grant Wall Street a central role in crafting financial regulations, according to excerpts obtained last week through hacked campaign emails provided to WikiLeaks.”

“There’s nothing magic about regulations, too much is bad, too little is bad. How do you get to the golden key, how do we figure out what works? And the people that know the industry better than anybody are the people who work in the industry.“

WikiLeaks’ donate button is at the top of their website.

“Her old boss doesn’t seem to share her concern.

Last month, just before her book What Happened was published, Barack Obama spoke in New York to clients of Northern Trust Corp. for about $400,000, a person familiar with his appearance said. Last week, he reminisced about the White House for Carlyle Group LP, one of the world’s biggest private equity firms, according to two people who were there. Next week, he’ll give a keynote speech at investment bank Cantor Fitzgerald LP’s health-care conference.”

“Obama is coming to Wall Street less than a year after leaving the White House, following a path that’s well trod and well paid. While he can’t run for president, he continues to be an influential voice in a party torn between celebrating and vilifying corporate power. His new work with banks might suggest which side of the debate he’ll be on and disappoint anyone expecting him to avoid a trap that snared Clinton. Or, as some of his executive friends see it, he’s just a private citizen giving a few paid speeches to other successful people while writing his next book.”

“He was the president of the entire United States — financial services are under that umbrella,” said former UBS Group AG executive Robert Wolf, an early supporter who joined the Obama Foundation board this year. “He doesn’t look at Wall Street like, ‘Oh, these are individuals who don’t want the best for the country.’ He doesn’t stereotype.”

Would you just listen to this Wall Street banker crying and saying, “We’re Americans too you know? We deserve to get some representation in government too once in a while!”

We all bailed you out for almost a trillion dollars. If this were really a heartless capitalist country like socialist bozos complain it is, we would have just let you jump out of your skyscrapers back in 2008.

“Obama’s relationship with Wall Street hasn’t always been good. Bankers still boil over with rage about him, wincing over his 2009 line about fat cats as if the wounds were fresh. But his Justice Department prosecuted no major bankers for their roles in the financial crisis, and he resisted calls to break up the biggest banks, signing a regulatory overhaul that annoyed them with new rules but didn’t stop them from pulling in record profits.”

How can the author just deadpan transition from those first two sentences to the rest of that paragraph? He called them “fat cats” to make the proles feel like they’re being listened to and keep them from rioting. Ouch!

And then handled Wall Street with the softest, most velvety kid gloves for eight years, after voting for the $700 billion Wall Street bailout bill as a Senator despite Main Street melting the Capitol switchboards to tell them “No!”

And none of this is news at all. Some of Obama’s biggest donors in 2008 were Goldman Sachs, JPMorgan Chase & Co, Citigroup, and Morgan Stanley.

I go back and forth on the question of which bloc of voters is politically dumber and more gullible, the average conservative or the average liberal… 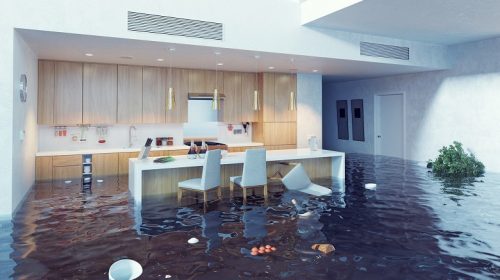 The appropriations fight over federal relief funds for Hurricane Harvey is a big show of support and compassion, but it’s really just another wealth transfer to the government that doesn’t do anything to solve the problem at all.

If Congress really cared about solving problems, they would pay out as much as they need to from the federal flood insurance program for Harvey, raise the program’s budgets, whatever they need to do to fulfill promises they’ve made….

And in the same bill, they would start to phase out the federal flood insurance program and make people pay actual market rates to private insurance companies for flood insurance by a certain target date.

Then people will have to consider the real costs of building in a flood plain by a coast.

What’s happening now is Washington is actually incentivizing people to build in unsafe, flood prone places, and burning through billions of dollars to pay for repairs. If people had to actually pay market flood insurance rates to get those payouts when a hurricane hits, there would be far less construction right on the water, and far less human and economic loss to future storms.

Think about it. If no private insurance company would be willing to insure a property against flood damage, that right there should tell you it is an unsafe place to build. But the federal government’s subsidized flood insurance creates a false impression of safety and

This is also one more way that government steals from the poor and gives to the rich. Because a lot of wealthy people build their nice, expensive, oceanfront property and pay an insanely small premium (a few hundred dollars a year) for federally subsidized flood insurance that pays out hundreds of thousands, sometimes almost a million dollars (over multiple floods) for these rich people’s flood repairs.

It’s taking from the poor to give to the rich. Republicans complain about welfare queens (a single black mother on foodstamps), but for some reason, not even Democrats complain about this unfair subsidy given to the rich. One percenters should pay the real cost for their own flood insurance!

When it comes down to it, it’s a matter of voluntary choices vs. coercion. If no one would voluntarily insure a building in a flood plain for a low premium, then forcing us to do it is always going to lead to a perverse, wasteful, and in this case, even potentially deadly result.