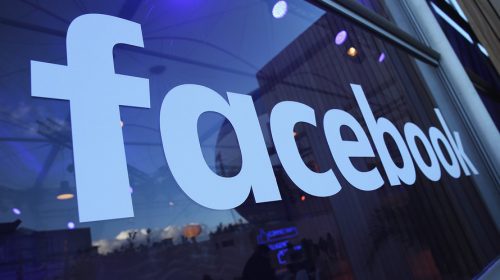 It’s the 21st century and technology is lagging behind the times. Why? People. There are inventors and innovators who are wanting to put new tech in your hands. But people are stuck in the mindset we still need government to regulate the marketplace and we still need other centralized power.

Take the tech you’re using right now – social media platforms – Facebook, Twitter, Youtube, and Reddit are behind the times. People don’t want products shoved in their faces or domineering policing policies. Ads and bans are way too common on social media today. There are options.

If you’re tired of the ads and bans, try something new. Facebook is going the way of Myspace. But beware, a new platform is still capable of going the same way, so stay vigilant. If a Facebook, Twitter, Youtube, or Reddit alternative abuses you the same way as the current giants, leave it. Which new platform will you try in 2019? 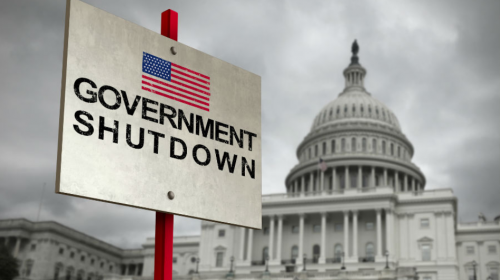 A “government shutdown” is when the government fails to pass a budget, resulting in the shutting down of “non-essential services,” furloughing said employees. Furlough does not mean fired or laid off, it means employees are sent home and docked pay.

Services that will not be affected include the military, law enforcement, mail delivery, air traffic control, VA hospitals, Social Security and Medicare checks, food stamps, and essential emergency services. They may have their pay docked during the shutdown, but will be retroactively paid.

Fun fact: all 535 members of Congress still get paid. Base pay for each member is $174,000 a year plus benefits, pension, and security detail. Members of congressional leadership receive pay bumps, as high as $223,500 a year. The president’s salary is $400,000 a year.

Government shutdowns are pretty common. The ones getting media attention are ones where furloughs could happen. Every president since 1976 has experienced shutdowns, Republicans and Democrats alike.

Non-essential services that often get furloughed are national parks, monuments, and museums, the processing of applications of passports and visas, the maintenance of government websites, etc.

Economically speaking, government shutdowns do little harm to GDP. The economy quickly recovers after a budget is passed following a government shutdown. The claims from the left “the poor will go hungry” and from the right “the military will shut down” are purely partisan.

The plan is to “make sure we don’t end this year the way we began it – with another government shutdown because of Democrats’ allergy to sensible immigration policies,” says the career politician, despite the fact a shutdown will not take boots away from the border.

Senator McConnell and President Donald J. Trump (R-NY) could do the conservative thing and let the shutdown happen – permanently. They could tell Congress that the only government that ought to be funded is what is allowed in the U.S. Constitution.

But both agree more with Senator Chuck Schumer (D-NY) and former president Barack Obama (D-IL) and less with conservatives on this issue. If Trump really wanted to drain the swamp, he could sternly start with three anti-PC words: “shut it down.” But a New York liberal will not do that. Neither would a Louisville liberal.

Bottom line: if it is considered “non-essential” then stop funding it period. Let the free market take care of it (conservatives used to preach about the free market). This is also the libertarian position. Check out the Libertarian Party if you are tired of the budget games Republicans and Democrats are playing.

McConnell and Trump are up for re-election in 2020. Across the aisle will not offer real difference. Libertarians want to repeal taxation and replace it with nothing. Voluntary funding is better. 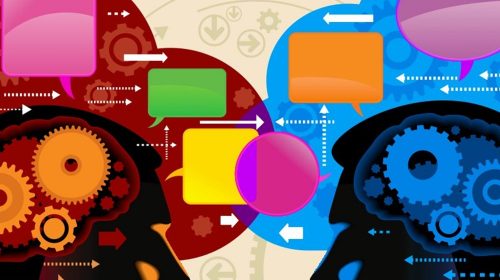 In conflict, it is important to address the arguments, not insult the individual. If your goal is to merely discredit an individual and not resolve the conflict, then what are you doing to help a situation? It is impossible to agree on everything with another, just as it is impossible to disagree on everything. In an argument it is imperative to stick to the issue at hand and not go outside that boundary.

Am I perfect at this? No. In the heat of the moment it is easy, and ill-advised, to attack the individual (i.e., ad hominem). But it does not solve anything. Though honest conflict is superior to faux peace, it is disingenuous to enjoy conflict. The best mediator is one who can remain objective, admit fallibility, and honestly want to resolve a problem. As human beings we are equal no matter the differences. 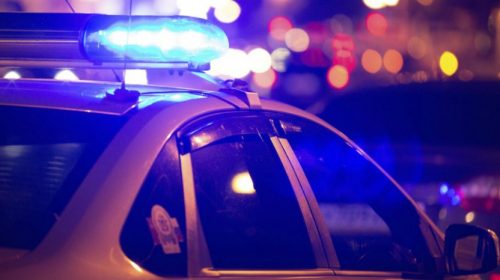 Government meddling. Unjust, unlawful, and unnecessary regulation has made everyone suspect of breaking the law. Law enforcers have been conditioned to see all civilians as enemies, especially those “statistically” to be “predisposed to crime.”

Because of this, law enforcers have become trigger-happy. When a criminal, paranoid person, or anxious law-abiding person encounter a law enforcer it increases the chance of violence. And law enforcers react to that poorly.

Want to see less violence? Get the government out of it.

Engaging in victimless acts should not be responded by law enforcers, like gun ownership/possession, drug ownership/possession, sex work, gambling, undocumented immigration, undocumented employment/entrepreneurship, marrying who you love or lust for, building whatever on your property, etc. Don’t agree with any of it, then don’t engage in it. But leave others alone and coexist peacefully. 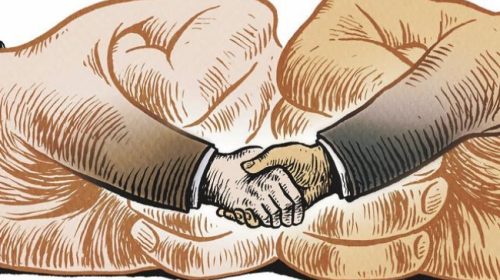 But, per the libertarian philosophy, where governments exist they must be voluntary, via fully informed consent.

Policy? It’s easy. The government itself can be a public option. In the face of competition, people can opt for private sector or, via a case-by-case basis, opt for a government service, through user fees.

That’s not to say all radical libertarians are rational, but even the irrational ones understand the philosophy. Want positive change? In the words of Carla Howell: be bold.

You can call for the abolition of mandatory payment (theft) for government education and offensive military without the baggage of “anarchism.” It’s called strategy, without the dishonesty. 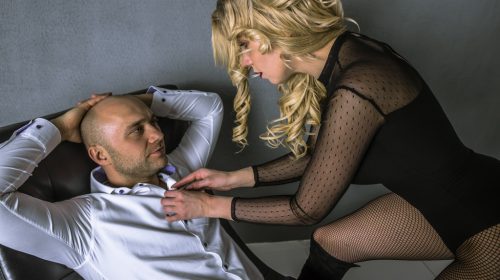 There is no implied consent in roles. Being a submissive (e.g., little, slave, pet, possession, etc) does not imply consent to just any dominant (e.g. daddy/mommy, master/mistress, owner, etc).

There is no implied consent in history. Having consensual sex with someone does not grant permanent consent. A last partner can say no whenever.

There is no implied consent in marriage. Being married doesn’t make one lose autonomy with their bodies. Yes, spouses can say no to sex. To think otherwise would be anti-BDSM.

There is no implied consent in body reactions. Erections and wetness are physical reactions the human body makes even asexually. They do not imply being forced on is okay.

There is no implied consent in inaction. When someone is attacked they experience fight, flight, or freeze. Self-defense or getting away are obviously reactions of refusing to consent (unless they’re part of negotiated play), but inaction doesn’t mean the opposite. The “deer in headlights” response is blatant and any good dom will recognize it and stop.

There is withdrawn consent. Any partner, including submissives, can change their mind. If they do (this is where safe words come in handy) then play must stop.

Be safe and have fun.

Don’t Accept COVID-19 as an Excuse for Medical Assault
Time to Stop Messing Around and Strike at the Root of Police Violence
Reopening isn’t Politicians’ Call
Debunking the ‘Privilege’ Fallacy
Your Autonomous Zone
Free Minds Avoid Movements
On Police Brutality II
The Coronavirus Trolley Problem
Bubble-Wrapped Americans: How the U.S. Became Obsessed with Physical and Emotional Safety
No Idea What Government Good For