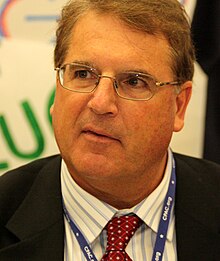 Originally published in I Chose Liberty: Autobiographies of Contemporary Libertarians.

I was always an individualist, probably because I spent my childhood and adolescent years playing competitive sports. I grew up in a small town in Western Pennsylvania where all the local governments were run by small-time versions of the Soprano family. It was understood by all that the only reasons anyone would become a mayor, city councilman, alderman, or other local political “office holder” was to accept bribes, pass laws and regulations that would financially benefit you and your friends, hand out “do-nothing” patronage jobs to friends and family, or plunder the treasury. Sound familiar? That is what government was for, and everyone knew it. Our politicians may have been a gang of crooks, but they were not liars and propagandists.

As my education progressed, I read more and more literature about how government supposedly existed to serve “the public interest,” to cater to “the will of the majority,” to “save the earth,” “help the poor,” “feed the hungry,” and other absurdities, which created in me a sense of indignation over the blizzard of lies thrown at us by the government and the educational and media establishments.

Almost all of the adult males that I knew growing up were second-generation immigrants from Italy, Russia, or Poland who worked very hard all their lives as laborers, tradesmen, or small merchants. They all had a great work ethic because they and their families were so thankful to have the opportunities that America afforded them. With the advent of the “Great Society” welfare programs in the 1960s, all of these men became deeply resentful of the growing presence of young, able-bodied men and women who were signing up for the dole and receiving free lunches, free university educations for their children, and other handouts at their expense. It was grossly unjust, and it was also obvious to all that the welfare state was causing human degradation by destroying the work ethic and breaking up families. I can still recall how, in the late 60s, my older brother’s best friend divorced his wife, not because they wanted to separate, but because they could collect a larger welfare check that way since they had a child.

My older brother was mugged once during the ’60s and suffered a laceration of his head. The police arrested the culprit but the judge refused to convict him because—and I can still recall his words—that would “create racial tension” in the city. “These people must be handled with kid gloves,” is exactly how he put it. In the 1960s, government was busy destroying the work ethic, the family, and the criminal justice system as well.

I was born in 1954, and only became eligible for the draft as the Vietnam War was ending, but I was old enough to witness how the warfare state disrupted or ruined the lives of some of my older friends and relatives. One older neighbor, who was a great natural athlete and destined to be an NFL quarterback or wide receiver, fled to Canada to avoid the draft and never made much of himself. He had the same kind of athletic ability as Joe Namath, Joe Montana, Tony Dorsett, and Dan Marino, who all grew up within 35 miles of my hometown. There’s obviously something in the water there.

Some of my friends became addicted to drugs by polluting their bodies with LSD and other hard drugs for weeks or months prior to their military induction physicals in hopes of flunking them. Others went to Vietnam and returned with grisly stories of mass killing, but most could not bring themselves to speak a word about their experiences. Their very silence spoke volumes, however.

Quite a few people I know got married in order to avoid the draft. At the time, married men still had a deferment. Most of these marriages turned out to be disastrous.

So, I hated government by the time I was 18, at which point I entered college and discovered some of the libertarian literature that began to put it all in perspective. During my first semester in college, I took Principles of Microeconomics. My professor used a standard textbook and a book of readings by Milton Friedman entitled, An Economist’s Protest. It was a compilation of Friedman’s Newsweek columns. At the time, he and Paul Samuelson took turns writing op-eds in the magazine. I immediately read as many of them as I could, and concluded that Friedman was a genius who had government all figured out, whereas Samuelson was constantly trying to pull the wool over our eyes. I also loved Friedman’s clear-as-a-bell writing style and worked at imitating it.

At about the same time, I discovered The Freeman in the library and set about reading as many back issues as I could. This introduced me to the whole world of libertarianism and for the rest of my college career I would spend as much time as I could reading some of the great libertarian authors that The Freeman had brought to my attention.

I also had a favorite professor who was familiar with the literature of public choice, and so I investigated that area as well. I was so interested in it that I chose to attend graduate school at Virginia Polytechnic Institute, where James Buchanan and Gordon Tullock were on the faculty.

That is where I was introduced to Austrian Economics. Just as my first semester in college introduced me to Friedman and the Chicago School, my first semester in graduate school introduced me to Ludwig von Mises and the Austrian School. The two main texts for the first graduate micro class were Human Action and Friedman’s Price Theory, in a course taught by Richard Wagner. I devoured Human Action, hung on every word that Professor Wagner said in his lectures, earned the top score in the class on all the exams, and pursued more of the Austrian literature. This is what economics is all about, I decided while reading Human Action. This conclusion was bolstered by the fact that all my other classes consisted of the usual cloud of math and “models” that did not always seem relevant.

The economics department at VPI held weekly seminars with guest speakers, and at the end of the academic year a “big shot” was brought in to deliver a series of lectures over two days. In that year (1976), Professor Wagner was in charge of the seminar series and chose Murray Rothbard as his “big shot” lecturer. There was talk of what a “crank” this guy was, and how his talks would be more entertainment than substance, but in fact they had more substance to them than all the other seminars combined. I decided to start reading Rothbard and am still at it.

There was plenty of exposure to Austrian economics at VPI in the 1970s, but the real emphasis in the department was public choice. This was the heyday of the Public Choice Center, where more than a dozen faculty members were doing public choice research; there was a steady stream of international visitors doing the same and many of the advances in the field were being presented at the weekly Public Choice seminars at the center, which was in the old president’s house on campus.

All of my classmates were libertarian oriented, but a few of us were especially hardcore because we were so influenced by Professor Wagner and his introduction to us of Human Action and the Austrian School. Professor Buchanan’s book, Cost and Choice, was also hugely influential among a small core of my fellow students.

I have long been convinced that: (1) the best way to understand how the economic world works is to educate yourself in the insights of the Austrian School; and (2) one cannot fully understand economics without also understanding the interaction between the economy and the state. That’s where public choice comes in and, just as importantly, that’s where the work of Murray Rothbard is so important. Murray never hesitated to combine economics, history, history of economic thought, political philosophy, sociology, and statistics to get at the truth—whether he was writing about America’s Great Depression, welfare policy, regulation, or any other topic. His relentless pursuit of the truth is what always impressed me most about him, and it is a model that ought to be followed by all libertarians.

Don’t Make Enemies over Politics
Missouri v. Biden: Putting America’s Lysenko Under Oath
So Long as There are Nukes, We Had Better Hope We Live in a MAD World
Who Will Make You Safe?
Rothbard Contra the Demagogue
Don’t Care about Fake Laws, Crimes
The US “Intelligence Community” Can’t Be Trusted to Police Itself
Imperial Delusion is the Enemy of Peace and Prosperity
Are Bosses like Rulers?
Swapping Politicians Pointless Change