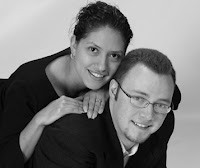 Alright so, I’ve started this website and listed out the topics I’d like it to cover, all really without any explanation of how they relate or why I believe they’re all important. Let’s do that.

Once-upon-a-time, I was what I consider now to be a Socialist-Democrat. I was a “teenager” and just sort of believed everything my father told me about politics. Never really had my own ideas. This is common among public-schooled teenagers. There’s really only a surface-level conviction when it comes to politics. Nothing with any amount of depth, or so it was with me.

It was after I got married in 2004 that I discovered libertarian-economist Walter Williams. I devoured everything he ever wrote. I discovered Thomas Sowell and bought several of his books on economics, ideas, and ethnicity. I become a libertarian for consequentialist reasons. I learned all about the free market. The study of economics became a passion. I soon discovered the Austrian School and Murray Rothbard, Ludwig von Mises, Walter Block, Hans Hoppe, Tom Woods, and Robert Murphy.

Via these great Austrian School libertarians, or austro-libertarians, I learned all about money, business cycles, monopoly, and the contrast between Socialism and free-market Capitalism. It wasn’t long before I discovered the ethical side of libertarianism via these great thinkers.

I thought spanking and time-outs and controlling our kids was okay, that it was the right thing to do. A big part of me rejected violence and coercion, and the other part utilized it. I was a big fat hypocrite. Then a good friend of mine introduced me to Alfie Kohn’s work on what he calls “Unconditional Parenting“. I bought his book and his DVD and consumed both with my wife. Moral consistency forced us to change the way we approached our children. You can read all about that on my Life blog.

Here we are in mid-2011, and my son is ready for Kindergarten. I’d been studying different homeschooling methods for about a year and finally settled on unschooling. As I intensified my study of unschooling, I discovered that it too opposed any sort of control or compulsion over children and their learning. I fell in love! I was convinced on principle and managed to convince my wife on practice that unschooling our kids is what’s best for them, and off we went. My wife and I are learning through experience the blessings of natural learning and academic freedom. My son had a week of Kindergarten, after a year of preschool, and now his public-schooling days are over. My kids will never be forced to go to school, or forced to learn what they don’t care to learn.

I’m no longer conflicted. I’m no longer a big fat hypocrite. I can say with complete honesty that I live what I believe and I believe what I live, and I call it voluntaryism. It’s such a beautiful thing and I’ve applied it to all areas of my life. Violence and coercion in pursuit of a goal is unethical and immoral. This conviction is heart-deep. I started Everything-Voluntary.com to share this conviction with others. And I’ve invited other voluntaryists to join me in this effort.