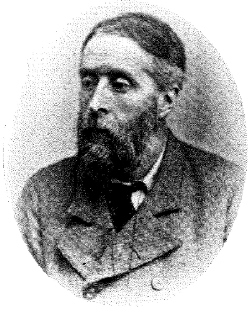 Guest post by Auberon Herbert. Excerpted from his 1908 essay “A Plea for Voluntaryism” found in The Voluntaryist Creed.

Endless are the evils that power brings with it, both to those who rule and are ruled. If you hold power, your first aim and end are necessarily to preserve that power. With power, as you fondly imagine, you possess all that the world has to offer; without power you seem to yourself only portion-less, abject, humiliated – the gate flung in your face, that leads to the palace of all the desirable things.

When you once play for so vast a stake, what influence can mere right or wrong have in your counsels? The course that lies before you may be right or wrong, tolerant or intolerant, wise or foolish, but the fatal gift of power, that you have been mad enough to desire and to grasp at, gives you no choice. If you mean to have and to hold power, you must do whatever is necessary for the having and holding of it. You may have doubts and hesitations and scruples, but power is the hardest of all taskmasters, and you must either lay these aside, when you once stand on that dangerous, dizzy height, or yield your place to others, and renounce your part in the great conflict.

And when power is won, don’t suppose that you are a free man, able to choose your path and do as you like. From the moment you possess power, you are but its slave, fast bound by its many tyrant necessities. The slave-owner has no freedom; he can never be anything but a slave himself, and share in the slavery that he makes for others. It is, I think, plain it must be so. Power once gained, you must anxiously day by day watch over its security, whatever its security costs, to prevent the slippery thing escaping from your hands. You tremble at every shadow that threatens its existence. You are haunted by a thousand dreads and suspicions. It becomes, whether you wish it or not, your first, your highest law, and all other things fall into the second and third place.

Once you plunge into this all-absorbing game of striving for power, you must go where the strong tide carries you; you must put away conscience and sense of right, and play the whole game relentlessly out, with the unflinching determination to win what you are striving for. In that great game there is no room left for inconvenient and embarrassing scruples. You can’t afford to let your opponents defeat you and wrest the power that you hold from your hands. You can’t afford to let them become your masters and trample, as conquerors, upon all the rights and beliefs that are sacred to you. Whatever the price to pay, whatever sacrifice it demands of what is just and upright and honourable, you must harden your heart, and go on to the bitter end.

And thus it is that seeking for power not only means strife and hatred, the splitting of a nation into hostile factions, but for ever breeds trick and intrigue and falsehood, results in the wholesale buying of men, the offering of this or that unworthy bribe, the playing with passions, the poor unworthy trade of the bitter unscrupulous tongue, that heaps every kind of abuse, deserved or not deserved, upon those who are opposed to you, that exaggerates their every fault, mistake, and weakness, that caricatures, perverts their words and actions, and claims in childish and absurd fashion that what is good is only to be found in your half of the nation, and what is evil is only to be found in the other half. Such are the fruits of the strife for power.

Evil they must be, because power is evil in itself. How can the taking away from a man his intelligence, his will, his self-guidance be anything but evil? If it were not evil in itself, there would be no meaning in the higher part of nature, there would be no guidance in the great principles – for power, if we once acknowledge it, must stand above everything else, and cannot admit of any rivals. If the power of some and the subjection of others are right, then men would exist merely as the dust to be trodden under the feet of each other; the autocrats, the emperors, the military empires, the Socialist, perhaps even the Anarchist with his detestable bomb, would each and all be in their own right, and find their own justification; and we should live in a world of perpetual warfare, that some devil, as we might reasonably believe, must have planned for us.

To those of us who believe in the soul – and on that great matter we who sign hold different opinions – the freedom of the individual is not simply a question of politics, but it is a religious question of the deepest meaning. The soul to us is by its own nature a free thing, living its life here in order that it may learn to distinguish and choose between the good and the evil, to find its own way – whatever stages of existence may have to be passed through – towards the perfecting of itself. You may not then, either for the sake of advancing your own interests, or for the sake of helping any cause, however great and desirable in itself, in which you believe, place bonds on the souls of other men and women, and take from them any part of their freedom. You may not take away the free life, putting in its place the bound life.

Religion that is not based on freedom, that allows any form of servitude of men to men, is to us only an empty and mocking word, for religion means following our own personal sense of right and fulfilling the commands of duty, as we each can most truly read it, not with the hands tied and the eyes blinded, but with the free, unconstrained heart that chooses for itself. And see clearly that you cannot divide men up into separate parts – into social, political and religious beings. It is all one. All parts of our nature are joined in one great unity; and you cannot therefore make men politically subject without injuring their souls.

Those who strive to increase the power of men over men, and who thus create the habit of mechanical obedience, turning men into mere State creatures, over whose heads laws of all kinds are passed, are striking at the very roots of religion, which becomes but a lifeless, meaningless thing, sinking gradually into a matter of forms and ceremonies, whenever the soul loses its freedom. Many men recognize this truth, if not in words, yet in their hearts, for all religions of the higher kind tend to become intensely personal, resting upon that free spiritual relation with the great Over-soul – a relation that each must interpret for himself.

And remember you can’t have two opposed powers of equal authority; you can’t serve two masters. Either the religious conscience and sense of right must stand in the first place, and the commands of all governing authorities in the second place; or the State machine must stand first, and the religious and moral conscience of men must follow after in humble subjection, and do what the State orders. If you make the State supreme, why should it pay heed to the rule of conscience, or the individual sense of right; why should the master listen to the servant? If it is supreme, let it plainly say so, take its own way, and pay no heed, as so many rulers before them have refused to do, to the conscience of those they rule.