Episode 337 has Skyler giving his commentary on the following topics: outsourcing security to an institution who claims not to have a duty to provide it leads to riotous looting; police brutality is a problem of authoritarianism, not racism; the abolition of qualified immunity in his lifetime; putting the focus as parents on raising adults, not on raising kids; and more.

Episode 336 has Skyler giving his commentary on the following questions from Quora: “What is the difference between a libertarian and an authoritarian?”; “Can an anarchist oppose communism?”; “What are your thoughts on democratic socialism?”; and “Can virtuous action exist without free will?” 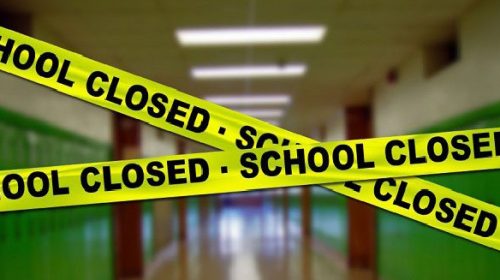 If there’s been one bright spot in America’s COVID-19 experience, it’s the near-complete shutdown of an expensive and obsolete government education system cribbed from mid-19th century Prussia.

Across the country, “public” pre-K thru 12th-grade programs closed their doors this spring. Some districts attempted to hobble along using not yet ready for prime time online learning systems. Others just turned the kids loose to likely learn far more than they would have in the combination daycare centers and youth prisons that pass for schools these days.

It was a perfect opportunity to scrap “public education” as we know it, perhaps transitioning entirely to distance learning as a waypoint on the journey toward separation of school and state.

Naturally, the political class hates that idea. Primary and secondary education constitute an $800 billion per year job and welfare program, with beneficiaries (read: voters and campaign contributors) up and down its extensive food chain.

Florida Education Commissioner Richard Corcoran isn’t one to let a little thing like a pandemic derail that gravy train: He’s ordered the state’s government schools to re-open in August,  operating at least five days per week and offering “the full panoply of services” — from glorified babysitting to teacher pay to big agribusiness buys for school lunch programs — to those beneficiaries.

It seems likely that most states will follow Corcoran’s lead to one degree or another, naturally also seeking ways to blow even more money than usual on enhanced social distancing, increased surface disinfection work, etc.

That seems to be the consensus of the entire American mainstream political class, from “progressive left” to “conservative right.”

Yes, Republicans and evangelical Christians will bellyache about the teachers’ unions,.

Yes, Democrats and the unions will gripe about charter schools and voucher programs.

But they’re united in their determination to resuscitate the system as it existed before the pandemic, instead of letting that rotten system die a well-deserved death and moving on to better things.

There’s a word for that attitude.

The word is “reactionary.”

As time goes on, we’ll hear lots of agonized propaganda about how the pandemic has forced huge changes in “public” education. Those changes will be entirely cosmetic. The authoritarian infrastructure beneath won’t have changed at all.

By letting the political class pretend that history can be forced to run backward, we’re denying future generations the real educational opportunities that past generations denied us.

School’s out. We should keep it that way. 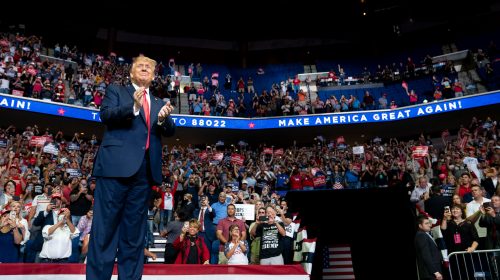 Explanations abound: Trump’s campaign spokesman, Tim Murtaugh, blames “radical protesters, coupled with a relentless onslaught from the media.” Others note the 95-degree heat combined with thunderstorms — not the weather combination most conducive to standing in lines. Still others credit a social media campaign to request but not use tickets to the event.

The most obvious and likely explanations are simpler.

First, Trump isn’t as popular, nor is his base as enthusiastic and energized, at the moment as was the case four years ago.

Second, despite what you may have heard, an individual’s support for Trump does not necessarily indicate more general idiocy.

Believe it or not, COVID-19 really is a thing, people really are worried about it, and it really is sensible to take precautions.

Has COVID-19 been abused by opportunistic bureaucrats and authoritarian politicians as an excuse to violate our rights? Yes.

Have we found ourselves bombarded by dubious claims about everything from how COVID-19 is transmitted to what must be done for humanity to survive it? Absolutely.

Have mask-wearing and other measures transcended their practical containment value and become more like public testimonials to belief in junk “science” as a state-sponsored religion? Yep.

The “lockdowns” should never have happened, it’s a good thing they’re ending, and the sooner life gets back to something resembling normal the better.

On the other hand, it’s a real disease that’s really killing people, and taking reasonable precautions is, well, reasonable.

Yes, as freedom returns, some people will throw caution entirely to the winds. They should be free to act like idiots, right up to the point they actually — not prospectively, not hypothetically, ACTUALLY — cause harm to non-consenting others.

They should also be free to refrain from acting like idiots.

Packing tens of thousands of people from hundreds or thousands of miles around into an arena for a rally in Tulsa was an idiotic idea that might as well have been designed specifically to maximize the spread of COVID-19. But hey, it turned out that most of Trump’s supporters from that area weren’t idiots after all.

Packing thousands of Republicans from all over the country into an arena in Jacksonville, Florida in August, or hundreds of Libertarians from 50 states into a hotel ballroom in Orlando, Florida in July, for gratuitous “national convention events” are idiotic ideas too.

No, those events shouldn’t be prohibited. Freedom demands that they not be interfered with. But freedom also allows us non-idiots to avoid the events and scorn their organizers. 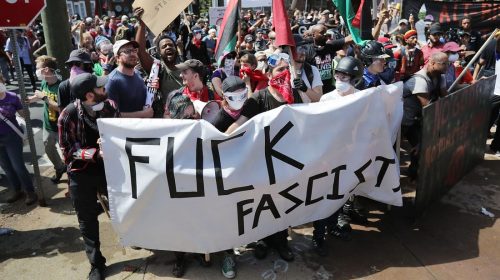 “I’ve occasionally encountered mass hysteria in other countries,” Nicholas Kristof writes at the New York Times. “In rural Indonesia, I once reported on a mob that was beheading people believed to be sorcerers, then carrying their heads on pikes. But I never imagined that the United States could plunge into such delirium.”

Kristof’s writing about panic over suspected “antifa activity” in the Pacific northwest, but I think he’s selling America short. We’re a nation built on mass hysteria. From the Know-Nothingism of the 1850s, to the Palmer Raids of a century ago, to the McCarthyism of the 1950s, to the New Red Scare (“Russiagate”) of the last four years, mass hysteria has been the perennial bread and butter of mainstream American politics.

I personally find the current freak-out over “antifa” — short for anti-fascist —  revealing.

With respect to fascism, there are three possible orientations: Fascist, anti-fascist, and politically neutral. If the whole idea of antifa has you up in arms, you’re clearly neither of the last two. Kind of narrows things down, doesn’t it?

Fascism isn’t an historical echo or a distant danger. It’s the default position of all wings of the existing American political establishment, from the “nationalist right” to the “progressive left.”

Those warring political camps are increasingly identity-based rather than ideological. They’re more interested in seizing the levers of power for the “correct” groupings — racial, sex/gender/orientation, economic, partisan, etc. — than they are in the nature of, and inherent dangers in, that power.

Yes, many of those advertising themselves as “antifa” are just as much authoritarian statists — in a word, fascists — as their most bitter opponents.

And yes, both wings of the American political mainstream are  actively attempting to co-opt the term for their own uses at the moment — the “left” as a term of fake resistance to be channeled into business as usual voting, the “right” as an object of fear to be likewise channeled.

But false advertising, panic-mongering, and hostile takeoverism don’t negate the existence of the genuine article. If you’re not “antifa,” you’re “fa” or “fugue.” Pick a side. 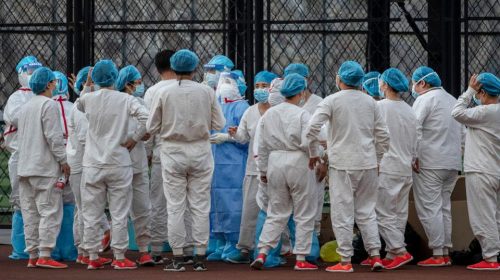 Here we go again: Fear of a “second wave” of COVID-19 infections is on world tour. Naturally, the same “experts” who demanded a global lockdown/shutdown in response to the “first wave” are saddling up for an encore. Their logic, faulty the first time around, is even more so the second.

We shouldn’t, even for a moment, set aside the hideous and lethal  immorality of placing hundreds of millions of human beings under de facto house arrest without accusing, let alone convicting, them of any crime whatsoever, or of forcibly grinding much of the economic activity that keeps 8 billion humans alive to a halt. Those were evil and stupid ideas. But at least there was an excuse, however flimsy, to justify the evil and the stupidity.

That excuse was a supposed need to “flatten the curve” of infection —  to temporarily slow down the rate of new cases so that hospitals could get enough ICU beds and ventilators in place to handle the case load.

Mission presumably accomplished, and then some. In much of the world, the COVID-19 case load hasn’t come close to taxing bed or ventilator availability, and in places where it did, the virus began to slow down as those availabilities began to catch up.

COVID-19 isn’t gone and never will be, but our sacrifices of liberty theoretically bought us time, which in turn bought us the ability to treat more patients more successfully while we wait for herd immunity, mutations toward weaker strains, or even a vaccine to turn the disease into a rare and/or minor ailment instead of a plague.

Unfortunately the “experts” — or at least the newly empowered and increasingly authoritarian politicians they work for —  are moving the goal posts, threatening a return to “lockdown” any time they decide they’re seeing “too many” cases of COVID-19.

The answer to the first lockdown orders should have been a firm,  non-negotiable, universal “no.” We each knew (and still know) our own isolation and social distancing needs far better than any politician or “expert” can know everyone’s.

Instead, we gave the politicians the proverbial inch, they took the inevitable mile, and they only gave back a bit of it when they realized we were going to take it  back whether they liked it or not.

Now they’re looking for excuses to make us run a marathon with them. And again, the answer we should be giving them is “no.”

The Dystopian Nightmare is Already Here
Back to School? “No Thanks” Say Millions of New Homeschooling Parents
5 Things I Learned Debating the Harvard Prof Who Called for a “Presumptive Ban” on Homeschooling
Cancel Culture Is Out of Control
Debunking the ‘Privilege’ Fallacy
Your Autonomous Zone
My Upcoming Debate with the Harvard Professor Who Wants a “Presumptive Ban” on Homeschooling
Setting People at Each Other’s Throats
On Socialism
Government is a Mafia