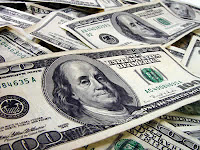 “Fiat” is money with no intrinsic value beyond whatever an issuing government is able to enforce. When it enjoys a monopoly as currency, fiat inevitably turns the free market functions of money inside out. Instead of being a store of value, the currency becomes a point of plunder through monetary policies such as quantitative easing. Instead of greasing society as a medium of exchange, the currency acts as a powerful tool of social control. The second harm is far less frequently discussed than inflation, but it is devastating. The personal freedoms that we know as “civil liberties” rest upon sound money.
Read the full thing »

Why I Like Beatniks More Than Hippies
The Case for Legalizing Sex Work
More Young Americans are Using Cannabis and Hallucinogens; That’s Good News
The Soviet Dictionary on “Socialism” and “Capitalism”
Political Atheism vs. Libertarianism
Does Private Property Amount to “Enslavement by Proxy”?
Don’t Wait: Get Into the Encryption Habit Now
Get Brittney Griner Back? Sure — But Release Her Counterparts in America, Too
National Conservatism’s Ominous Economics
Need Should Be Met By The People