I have recently, as usual, been bingeing on various dramas and books that have some degree of voluntaryist content.  Here are three examples that I would like to recommend to you, dear readers.

As Close to Us As Breathing (Book)

This novel by Elizabeth Poliner follows a Jewish family in Connecticut for several years, and multiple generations.  On the surface it seems like a fairly pedestrian history, but with a foreshadowed event — the death of a child.  Much of the book fills in the characters who will eventually be knocked violently from their routines by the tragedy.  The youngest family member, a boy, around whom the story revolves, is the least detailed of the characters.

There are several paths to follow in the book (in no particular order):

This is a novel by Min Jin Lee, about three generations of a Korean family transplanted to Japan during the years covering the beginnings of Japanese imperialism in large parts of Asia and up through World War II and on to the end of the 20th Century.  In the early years, Koreans often found that they had to migrate to Japan to find any kind of work.  At the time, and probably still today, the repression of non-Japanese peoples in Japan was extremely severe, as portrayed in this book.  Koreans apparently could only work in the very lowest of jobs, factories (sweatshops), food vending, and pachinko parlors.  Koreans are drawn as particularly adept at the skills of the pachinko industry.  A pachinko machine is a kind of vertical pinball apparatus in which launched balls cascade down through rows of pins (small nails).  In each overnight the pins are slightly manipulated with small hammers to change the characteristics of the machine, so a player from yesterday must learn to read the machine anew today.  Pachinko machines figure in a popular form of gambling for inhabitants of Japan. 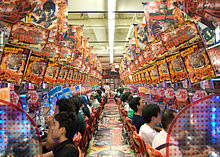 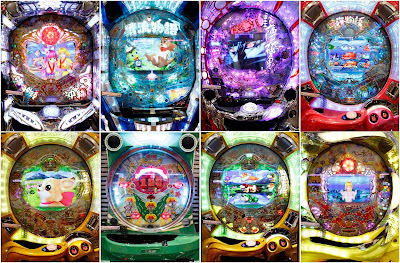 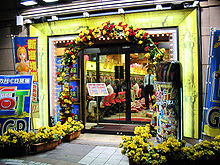 The characters in the Korean family are bounced through life like pachinko balls.  The pegs in the machines are changed continuously so that gravity and physics are the only constants, as time, family, and age are constants for the Korean immigrants.

One of the very surprising things in the story is that problems in all parts of the world seem to be of this world.  The nature of life is similar across cultures; the differences are in degree.  Each individual is unique, being shaped by their own choices within the range, often severely narrow, of choice available to each.

This 2008 movie recounts events based on a true story.  The Bielski brothers flee, in 1941, from the scene of a massacre of their parents, by local police collaborating with the Nazis, into the Naliboki Forest of Belarus.  As they hide out, they are joined by many more Jewish people seeking refuge from the Nazis, whom are on a genocidal mission against Jews and other repressed ethnicities.  The group becomes famous in the area, known there as the Bielski partisans.  It is interesting to see how each individual thrives by making aggressive choices based on positive expectations and relinquished outmoded beliefs.

Daniel Craig and Liev Schreiber are excellent as the two older of the four Bielski brothers.  They are both action-oriented, but Tuvia (Craig) is more level-headed, while Zus (Schreiber) is a bit impetuous.  Many lessons are taught in how the brothers reach outcomes by different paths.  Also, compelling is to see the development of the individuals in the group toward self-reliance and division of labor.  Competence is seen as a general characteristic of the men, women, and children partisans.  The leadership of the Bielskis is mostly free of ego, and there is little of arbitrary rules.