Congrats to Ginger in Texas for successfully defending against bogus charges, and thanks for providing the proof.  The proof is from the Bexar County Court 5 website.

Ginger’s defense was the same as what we’ve done for a long time here, there was no evidence to support the prosecution’s claims.  These claims are that the constitution and laws apply to Ginger just because he’s physically in Texas, that Ginger violated those laws.  A discovery/Brady request was filed with the motion to dismiss.

As you can see, the charges were dismissed without trial for insufficient evidence.  That was Ginger’s defense. 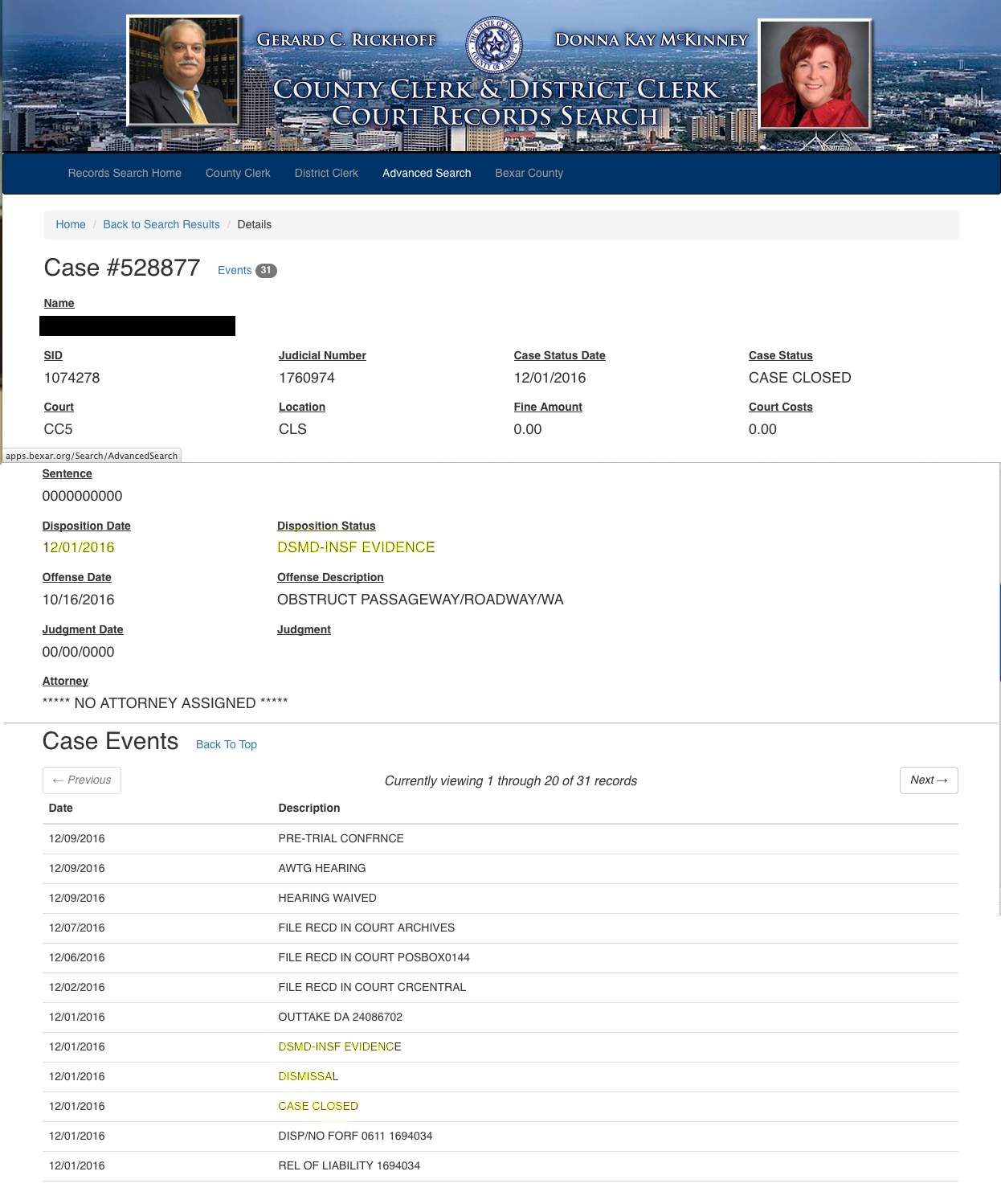 If one stops the reification process, and looks at the evidence, the truth is easy to see.  There is no “government”, just men and women forcing us to pay them.  They are criminals, that is why they cannot prove their “laws” apply to us.

If you disagree, and think you can prove there are states/governments, then please provide your evidence of reciprocal obligations of allegiance and protection.

Texas Marijuana Laws Are Failure
Vernal Equinox
Boston College Psychology Professor: “School Has Become a Toxic Place for Children"
Govern Yourself So You Violate No One Else
Be Cure to Government’s Disease
The Ironclad Argument Against Racism
Fossil Fuels Save Lives
Why Elon Musk Shouldn’t Buy Twitter
Yes, Corporations Have Free Speech Rights Like Individuals
The State Took Her Home Because She Missed $900 in Property Taxes