Many of you remember this time last spring when Harvard Magazine published its interview with Harvard Law School professor, Elizabeth Bartholet, who called for a “presumptive ban” on homeschooling. The article went viral among homeschoolers and others who value educational freedom and parental rights. I immediately responded with an alumna letter to the editor and ultimately had the opportunity to debate Professor Bartholet live last June. Here are some things I learned from that debate.

Nearly one year to the day after the original Harvard Magazine article appeared, a new Harvard piece profiled Professor Bartholet. Her opinions remain unchanged. If anything, she has doubled down on her belief that the government must be heavily involved in child rearing and education.

In the April 30th interview with Harvard Law Today, Bartholet praised President Biden’s proposed expansion of government-funded preschool for three- and four-year-olds. “It will protect the most vulnerable children against abuse and neglect by getting them into settings on a daily basis where they are seen by school personnel who are mandated to report suspected maltreatment to child protection services,” she said.

She continued by suggesting that the Biden administration should get involved to “reform our current homeschooling regime.” Currently, homeschooling policy is decided at the state and local levels, and as I have written previously, there is no constitutional role for the federal government in education. That doesn’t stop Bartholet who, in her lengthy Arizona Law Review article last year that preceded the Harvard Magazine spotlight, called the US Constitution “outdated and inadequate.” She argued that the US should move from its existing focus on negative rights—or individuals being free from state intervention—to positive rights where the state takes a much more active role in citizens’ lives. She looked to Europe for inspiration and particularly to Germany, where homeschooling is illegal.

In her recent interview, Bartholet restated her advocacy for homeschooling limits and called on the Biden administration to help rein in homeschooling freedoms. “There is now no meaningful regulation of homeschooling in the United States, by contrast to the rest of the world,” Bartholet said. “Parents are free to keep their children from school and teach them whatever they choose, or nothing. They are free to subject them to the most vicious forms of abuse, away from the eyes of teachers who are required to report suspected abuse to child protective services. If the Biden administration is truly committed to educational reform in our nation’s schools, it should do something to address the needs of children kept out of schools entirely by parents who may have no commitment or ability to provide event [sic] the basics of an education.”

Not to be outdone by Harvard, a Yale professor also recently got in on the act of attacking homeschoolers, particularly religious ones. Sociologist Philip Gorski, wrote on Twitter that “Christian homeschooling was -and is – often – if not always – a major vector of White Christian Nationalism.” He has since made his Twitter account private.

Homeschoolers are accustomed to smears and stereotypes and will continue to stand up for their right to raise and educate their children as they choose, free from government interference. This is what is so maddening to champions of homeschooling regulation, who believe that the government–and particularly government schools–are best for children. They seem to ignore the poor academic outcomes, child abuse by teachers, and widespread peer bullying and assaults that plague district schools.

This reminds me of one of my favorite quotes by FEE president emeritus, Lawrence Reed:

“It constantly amazes me that defenders of the free market are expected to offer certainty and perfection while government has only to make promises and express good intentions. Many times, for instance, I’ve heard people say, A free market in education is a bad idea because some child somewhere might fall through the cracks, even though in today’s government schools, millions of children are falling through the cracks every day.”

Government doesn’t know best. Families know best. I will continue to push back against homeschooling opponents and other government schooling activists who seek to limit a family’s educational freedom and choice. I hope you will join me.

This Bartholet is nothing short of a monster. Plain and simple. 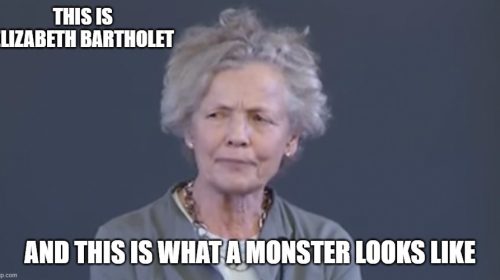