Four charges, one that started as a felony, dismissed in New York.  A big congrats and thanks for letting me post this.  It is redacted because the defendant asked me, and the file is sealed.

As reported to me, while the defendant was in jail, an attorney was forced on him, he objected and insisted if there was an attorney involved, then is could only be as standby.  Good thing he was able to defend himself as all the attorney could offer was for him to pay what the prosecutor was asking.

Instead he filed the motion to dismiss and discovery/Brady request.  Instead of provided the evidence and witness with personal knowledge of the matters they were to testify on (the laws applied and the defendant violated them), the prosecution failed to file a certificate of readiness as required by state law.  The judge then dismissed all four charges. 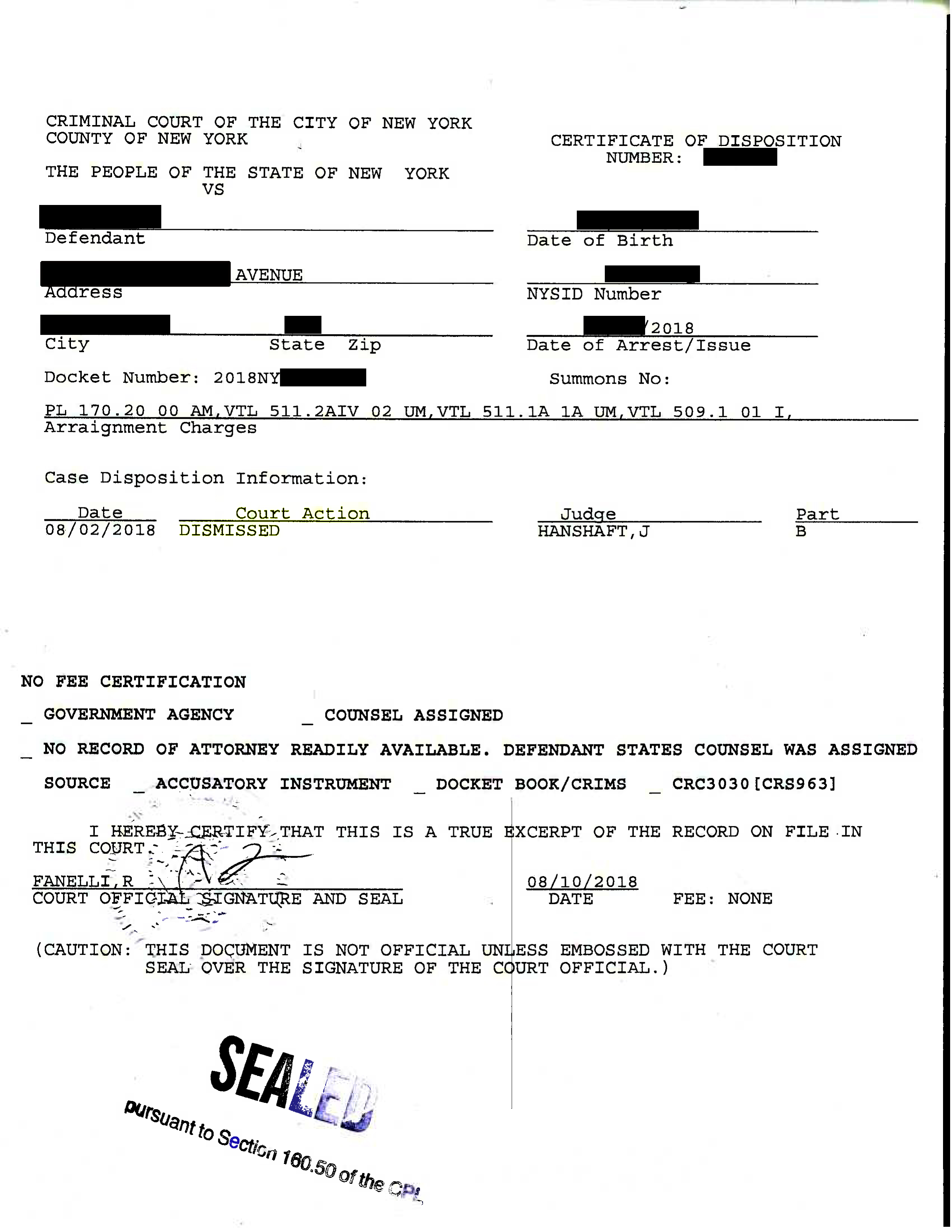 While it is plausible that the failure to comply was due to the prosecutor’s office being so busy, it was not a priority, or it was an oversight.  Given how vigorously they were prosecuting the defendant, the more plausible explanation is the prosecution could not meet their burden of proof and simply ran the clock.

In Defense of Ideology
Lying to Congress Isn’t a Crime Because Their Laws Don’t Apply
A Taxing Day
Is Being Self-Insured or Poor an Act of Aggression?
Reflections on the Ukrainian Refugees
BLM Versus Collective Guilt
War is the Crime; Its Perpetrators Seldom Face Justice
Musk May Help End Liberal Narrative
My Guidelines for Government
‘Law’ Always Benefits The Elites