I found more information about this petty tyrant than the previous lawyer in the spotlight, Steven W. Myhre.   Ms. Hardy graduated Southern Methodist University 1983, but there is no record of her in the yearbook.  I lucked out as someone posted a history of Cheril recently.  I have a screencap if the file is deleted.  Using that information I was able to find that she was born in Texas in 1950, her full name is Cheril Ruth Stevenson.

It looks like she worked as a probate lawyer before becoming a judge in 1996, I have a screencap below as proof.  Unfortunately as judge she is running again unopposed and will be elected again this November.

All Bao did was try to defend himself against charges of violating the code of the government of State of Texas.  What prompted the incarceration was when Bao, who had been asking for evidence of jurisdiction, asked Cheril if jurisdiction is an element of the charge.

Bao is not accused of any violent, destructive type of behavior, nor is there any evidence or suggestion he is a danger/threat to himself and others.  The man asked a question and Cheril, instead of answering so Bao could be informed (necessary to defending yourself), Cheril imprisoned him without bail and forced him into a psychological examination.

At no point did Cheril even attempt to hold the prosecution to their burden of proof on jurisdiction, she just assumed it for them.  She also held their claim as irrefutably true; that’s unfair and a due process violation.  It’s proof the game is rigged as she is so biased in favor of the prosecution a fair trial is not possible.  How could it be when asking a question is enough for Cheril to imprison you with the added bonus of a psych eval?

Cheril had no evidence of jurisdiction, no evidence even suggesting Bao was psychologically unsound; she imprisoned Bao as a punishment for daring to challenge the prosecution’s claims and the proceedings against him.  Cheril is a criminal whose actions clearly demonstrate that she has psychological issues such as anti-social behavior.

If anyone in this situation in the Tarrant County Court is needing psychological evaluation, it is Cheril Hardy.  She has a callous disregard for others, does not tolerate challenges and has no problem falsely imprisoning peaceful people.  That is not a surprise since a judge is a position of irresponsible power over others. 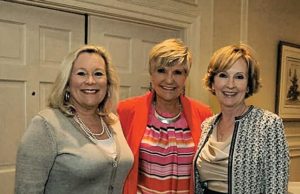