Another ticket dismissed in California, congrats to Brett and thanks for the proof.  As mentioned in the video from the NSP, this dismissal has the added bonus of the motion in Limine being granted.  In the motion, we ask that since the cop has no evidence supporting his claim the laws apply, he should not be permitted to argue the laws apply and he had jurisdiction and probable cause. 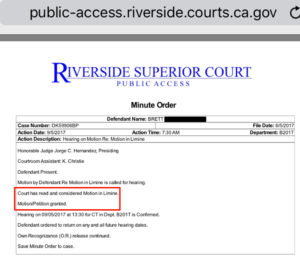 This is not a case where the cop just blew off court, no, he was there, and Brett moved to dismiss the cop’s complaint and that was granted.  Since he was not permitted to argue the laws applied to Brett, the only thing left to do was move to dismiss.  If the cop had evidence to support his claim the laws applied and he had jurisdiction, then he would have provided it. 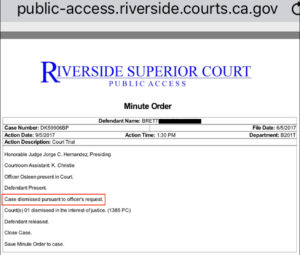 The viral video with officer Jeff Payne and his assault on Salt Lake City, Utah nurse Alex Wubbles shows a typical cop at work. Payne, like all cops, is an authoritarian with a gun and a short fuse.