Dissent and criticism of my work is always welcome.  You may call into a live broadcast, there are four hours a week, check times here.  I’m happy to record a show with you also.

If you want to set up a live broadcast on another show, I’m happy to  be confronted with your evidence/logic, but you have to set that up.  This also goes for a live debate/discussion where you have the opportunity to discredit me and save legions of people from being harmed by my work.  You have to set it up.

What you need is evidence though, and not arguments that presuppose the system is valid.  You have to prove there are citizens, states, and governments are real, and their rules (“laws”) actually apply to us and created obligations.  Using their legal “logic” presupposes all of that.  It doesn’t matter if no judge has ever accepted the argument/facts, they are hardly impartial and they are presupposing their system is legitimate. 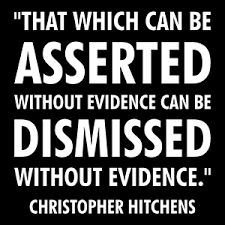 You have to prove reciprocal obligations of allegiance and protection were created and exist to be able to prove there are citizens; then you can prove there are states and governments.  If you can prove that, then you need evidence that their rules, called “laws” actually apply to us and create obligations on us just because we’re physically in Arizona, or wherever.

Good luck with that.  No one, not even a Supreme Court Chief Justice could prove it.

Facebook Fact-Checkers Are Stifling Open Debate
Don’t Fall For The Brainwashing
Since Pearl Harbor
You No Longer Believe the Government? That’s Not Enough
Private Property Rights Made the First Thanksgiving Possible
Double-Rigging of the Auto Market
A Package of Populist Deregulation
Property Rights are Necessary For Peaceful Society
Joe Biden, Let’s Not Go to War
Of Pockets, Legs, and Polarization