Years ago, when I first signed up for Facebook, as I recall, there was an opportunity to establish a nom de guerre.  So I chose Anders Chydenius.  Despite this boost in exposure, he has remained obscure to this day. 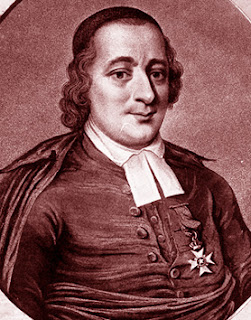 I am somewhat convinced that his birth name was not Chydenius, because that looks like an obvious latinization after the academic fashion of 18th century Europe.  But the sources I find are not forthcoming on the issue.  I suppose it is possible that his father had already gained the latinized surname through his membership in the clergy.  The title of Chydenius’ modern collected works says much about his claim to fame — Anticipating The Wealth of Nations: The Selected Works of Anders Chydenius, 1729–1803 (Routledge Studies in the History of Economics).  He was a forerunner and co-runner to John Locke.

Our wants are various, and nobody has been found able to acquire even the necessaries without the aid of other people, and there is scarcely any Nation that has not stood in need of others. The Almighty himself has made our race such that we should help one another. Should this mutual aid be checked within or without the Nation, it is contrary to Nature.

So, he spoke for division of labor, free trade, open markets, and non-intervention in two sentences.  He also wrote, “The exercise of one coercion always makes another inevitable,” therefore, he clearly understood the principle of unforeseen consequences and predicted the advance of unchecked government.  I think I will keep the alias, on Facebook.