While I spoke about this on the show, I want a more clear, to the point article about this disgraceful lawyer, Wesley Serra.  The facts clearly show this lawyer has a serious problem with the truth.  I’m all for dissent, but lying is not dissent.

One of Wesley’s favorite lies is that every time a court addresses my material, it is rejected.  It doesn’t matter the motion has been granted as shown below, Wesley just dismisses it with an assumption and continues to lie. 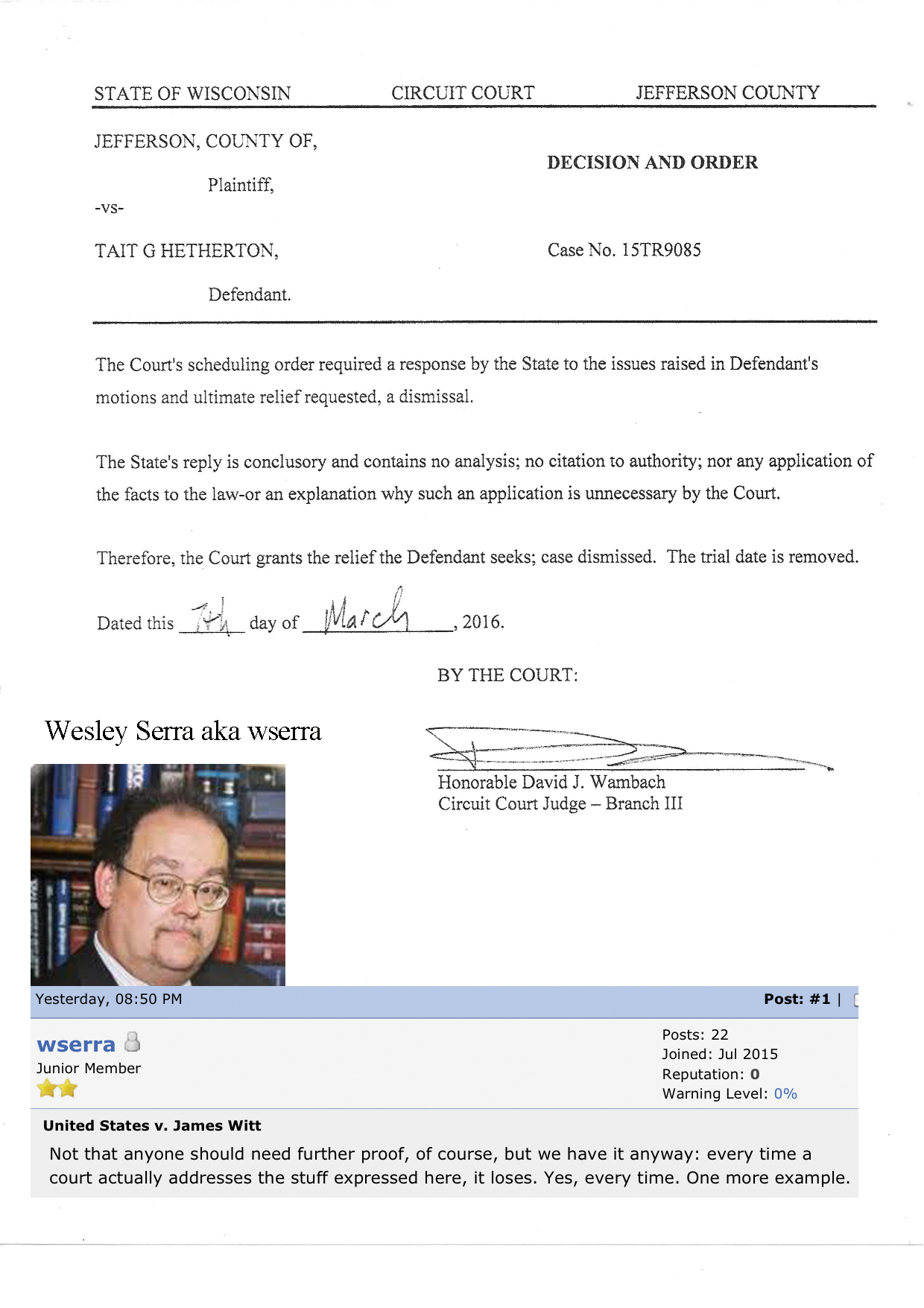 Wesley has no evidence and but still insists the only explanation is a pissed off judge.  Never mind the prosecutor responded in the same manner Wesley has.  Wesley also fails to mention that since my material is gibberish, that no judge in his right mind would order a response.  They would have just denied it without explanation.

But Wesley sinks even lower in his effort to discredit my work.  He not only reveals the defendant’s name, he deliberately cherry picks the evidence.  I knew Wesley was dishonest, but this is low even for him.

When you first read this, it really makes me look bad, like I deliberately withheld information.  But, Wesley is doing precisely what he’s accusing me of, it’s called cherry picking and it’s really dishonest.  I corrected my article when I had the additional information.

Yes, there was a trial, conviction and appeal, that’s correct.  What Wesley deliberately left out was that in West Virginia an appeal from a misdemeanor conviction is heard as a trial de novo, a new trial, not appellate review.  The law showing this is:

An appeal of a criminal proceeding tried before a magistrate without a jury shall be by trial de novo in circuit court without a jury.

Because it was a misdemeanor trial without a jury, a new trial was ordered.  Because there was a new trial, the motion to dismiss the original complaint, the subject of the new trial, was filed again. 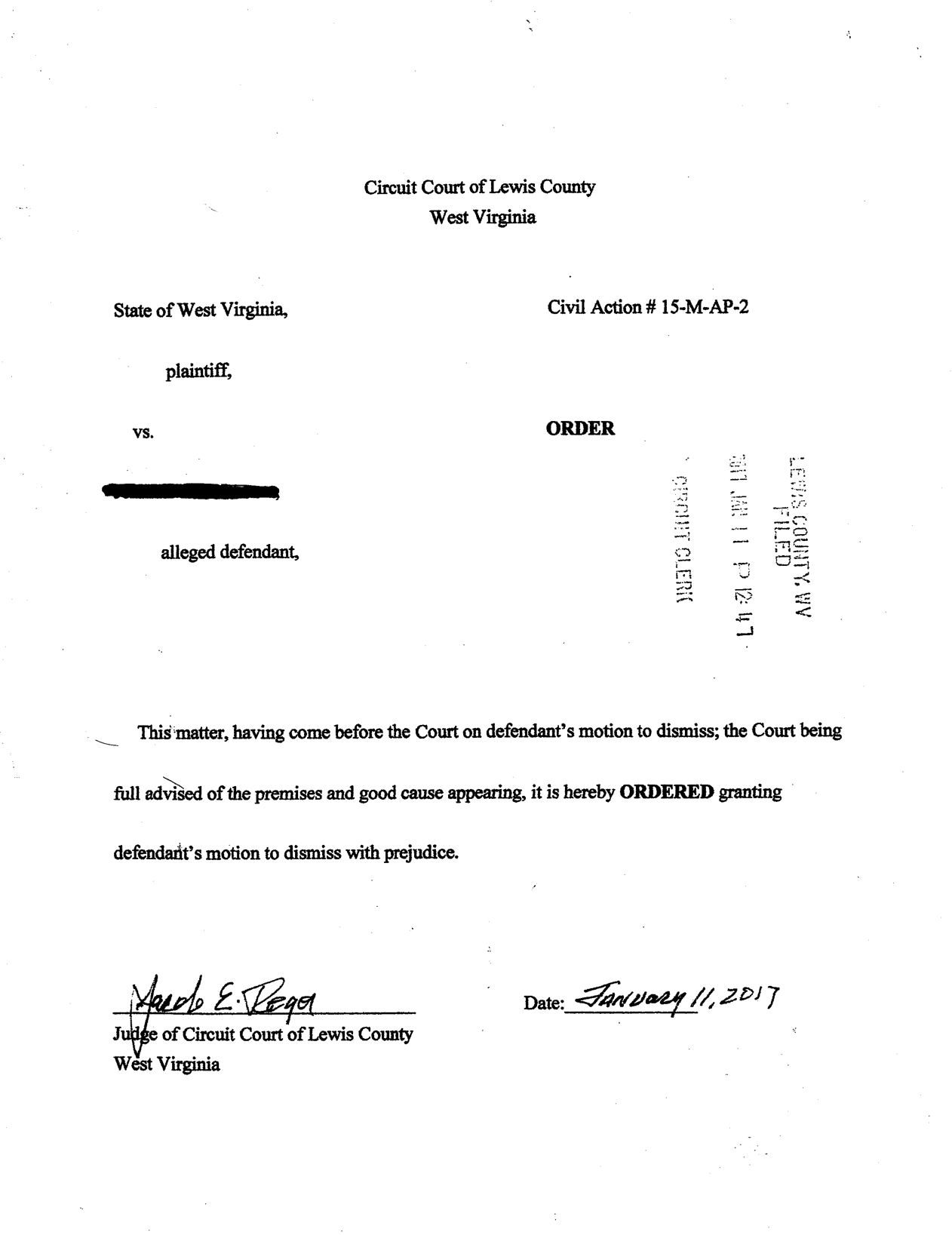 The motion was granted dismissing the original complaint with prejudice, not the appeal as Wesley claimed.  This is not a harmless oversight either as I can prove.

Because Wesley knew the defendant’s name, he has to have access to the docket online.  Unlike many courts, this court’s docket is not available online to the public.  Since he’s an attorney, he’s probably using a service like Lexis-Nexis to access this court’s docket.  Wesley knew there was a new trial and the motion was granted dismissing the cop’s complaint.  Wesley Serra deliberately left this important information out.  That is despicable, but typical for a lawyer, especially a former prosecutor.

We know Wesley says he is a former prosecutor.  If he’s willing to sink to such levels against me on an insignificant forum, then what about the people he prosecuted when it was about his career?  How many times did he cherry pick evidence and prosecute people he knew were innocent?  If he can be so petty and suppress evidence when there’s nothing at stake, then what about when it concerns his career as a lawyer?  Prosecutors are all about convictions and routinely withhold evidence; so it’s fair to question.  Are we to assume that Wesley only lacks ethics on the internet?

While there will be no investigation into Wesley Serra’s prosecutions, one thing is certain, he has provided evidence of his dishonesty, again.  Anyone giving this lawyer a shred of credibility does so at their own peril.

Liberty Remains Essential Principle
“Literally Every Government Will Jail You”
When Probable Cause Fails, Leading to Assault by Cops
Texas Marijuana Laws Are Failure
Suppressing Insane Ideas Doesn’t Stop Insane Conduct
Boston College Psychology Professor: “School Has Become a Toxic Place for Children"
Govern Yourself So You Violate No One Else
Be Cure to Government’s Disease
The Ironclad Argument Against Racism
Misinformation About Misinformation