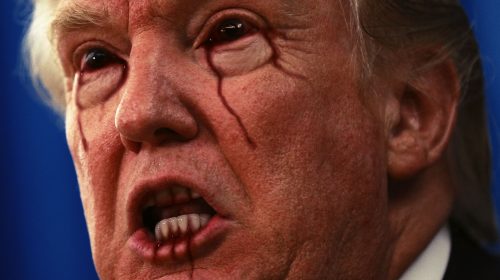 Unless there’s some dramatic change in the political landscape over the next month or so, I believe that the US House of Representatives will impeach President Donald Trump.

Unless there’s some dramatic change in the political landscape between now and Trump’s trial in the US Senate, I don’t believe the Senate will vote, by the necessary 2/3 majority, to convict him.

Taken together, those two outcomes constitute a bad thing. Here’s why:

If I’m correct on the first count, Donald Trump will become the third US president to be impeached by the House (the first two were Andrew Johnson in 1868 and Bill Clinton in 1998).

If I’m correct on the second count, Donald Trump will become the third US president to be acquitted by the Senate.

When Johnson and Clinton were impeached, no reasonable doubt remained that they were guilty of at least some of the charges laid in their articles of impeachment. Johnson had indeed dismissed Secretary of War Edwin Stanton from office after the Senate had voted not to concur with his dismissal. Clinton had indeed lied under oath concerning his sexual relationship with Monica Lewinsky.

If Donald Trump is impeached, he will likewise be charged with one or more things which he, beyond a reasonable doubt, actually did.

In real life, this will make three times out of three that the Senate engages in a form of jury nullification. At least 34 Senators will vote, in the face of facts plainly demonstrating guilt, to acquit.

Or, if you prefer, accept some Senators’ claims that they disagree that the acts in question, though proven, rise to the level of treason, bribery, or “high crimes and misdemeanors.”

Either way, a three for three record of acquittals sends a message to every future president:

So long as your party can whip 34 Senators into line to vote against conviction, anything goes.

Fans of the separation of powers envisioned in the Constitution have bemoaned “the imperial presidency” since the 1960s.

Trump has openly and routinely hacked away at that fraying separation. Impeachment and acquittal would be an injection of steroids in his sword arm. 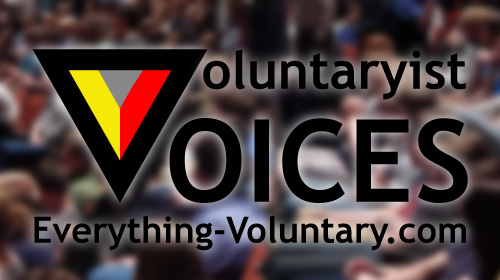 This episode features an interview of activist Steve Silverman of FlexYourRights.org by Tom Woods, host of the Tom Woods Show. They discuss the principles and applications of jury nullification, when juries refuse to convict on the basis that the allegedly violated law is unjust. Purchase books on jury nullification on Amazon here.

Subscribe via RSS here, or in any podcast app by searching for “voluntaryist voices”. Support the podcast at Patreon.com/evc or PayPal.me/everythingvoluntary.

Editor’s Break 111 has Skyler giving his commentary on the following topics: the terrible advice that is encouraging people in third world countries to stay and attempt to fix their governmental problems; the value in thinking of ideologies as sandboxes; what intelligence is and is not; the praiseworthiness that is the act of nullifying liberty-encroaching government laws; the contentious nature of politics; and more.

Episode 078 welcomes Mish Ochu to the podcast to chat with Skyler about his journey to voluntaryism. Topics include: Being born and partially raised in Nigeria, the entrepreneurship of his parents, immigrating to London, his parents being pursued by the Nigerian government solely because of their wealth, immigrating to the United States and landing in Austin, Texas, private to public schools, libertarian/anarchist seeds, college years, starting a professional essay writer business to help other college students,  moving to Houston, Texas, teaching himself to code, being apolitical, jury nullification, deer ass slapping, active listening, playful parenting, Stefan Molyneux, meeting his wife, getting married, having kids, and circumcision. 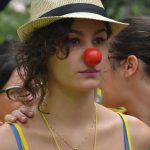 This week, after reading Skyler Collins’ offering in Two Cents, I came upon a new approach to Words Poorly Used.  I will gild the lily by running the words or phrases through OneLook.com, linking them, then commenting on the unusual that I encounter via that process.

“Impeachment” at OneLook
noun: a formal document charging a public official with misconduct in office

Pretty simple, huh? But not quite. What leaps out to me is “charging … with” not “finding … guilty of …” Was Bill Clinton found guilty? Was Dick Nixon found guilty … or even impeached?

▸ Words most associated with impeachment

Got to love words like soft, serious, terrible, improper, mad, …

Just for the fun of it.

Now, let’s check out the etymology — from where did the word come? 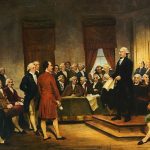 What is a constitution? People talk about and hear about this word when debating politics or watching mainstream media. It is common knowledge that the United States is host to the U.S. Constitution and that it is the “supreme law of the land.” But what does it mean?

A constitution is a set of laws and regulations. Each provision, each word, is written for a reason. There is nothing cryptic about the language or provisions themselves. There might be a slight language barrier if centuries separate the past and present.

However, that would not be an issue if judges, or whoever is delegated the responsibility of interpreting the “supreme law of the land,” made decisions based on the original intent of the authors. By doing so would mean the interpreters would have to research the foundation of the authorship – in the case of the U.S. Constitution, there are several documents, such as the Federalist Papers, the constitutional convention notes, and the notes and letters during the state ratification conventions.

It can be argued that the first president of the United States violated the constitution he helped write, but his immediate successor, John Adams, routinely violated it. Every president since has violated it – from mildly like under Grover Cleveland and Calvin Coolidge to severely like under Abraham Lincoln and Franklin Roosevelt.

So what is the point of having a constitution if the government believes it is okay to violate it when it suits its members?

There is no valid point.

As the nineteenth-century abolitionist, author, and anarchist Lysander Spooner, who fought the U.S. government’s postal monopoly via a successful postal service of his own, stated in his book No Treason: the Constitution of No Authority, “But whether the Constitution really be one thing, or another, this much is certain – that it has either authorized such a government as we have had, or has been powerless to prevent it. In either case it is unfit to exist.”

In all honesty, the written, codified U.S. Constitution is pretty clear, it is not cryptic. Yet, members of the legislative, executive, and judicial branches of the government continue to deliberately misinterpret the commerce, general welfare, necessary and proper, and supremacy clauses to mean whatever they want them to mean.

While completely ignoring much of the bill of rights, especially the first, second, fourth, fifth, sixth, eighth, ninth, and tenth amendments.

The violations are blatant and unapologetic. Ironically, these violations are neither conservative (conserving limited government) nor liberal (liberty with economic exceptions), nor do they preserve the rule of law.

Government advocates oppose freedom and voluntaryism because “lawlessness.” But lawlessness is a prime descriptor of government itself. Both major parties act the same way no matter which is in power, and said behavior is often pretty lawless.

The “catch-all” argument government advocates will fall back on is the social contract. There are a plethora of problems with this argument, however it should be noted that a contract can only be explicit to be legitimate, not implicit. And it is not a “social” contract if future generations are forced to abide by it.

Ironically this argument violates the principles of both conservatives and liberals. Conservatives put a lot of stock in contractual agreements, but the U.S. Constitution does not follow traditional contractual law. Liberals oppose the idea of a small group of “old white men” making decisions for the rest of the people, but that is how the U.S. Constitution was written and enacted.

Libertarians, on the other hand, argue for voluntary association.

If a constitution is anything other than a strict code of laws, despite the political beliefs of legislators, executives, and judges, then it is arbitrary. If it is arbitrary, it is subjected to be challenged – either by nullification or secession.

If a constitution is merely a loose, living document, then it is not lawful and ought to be discarded or reconsidered.

U.S. presidents, from Washington and Adams to George W. Bush and Barack Obama, have vindicated Spooner’s Jeremiahs of constitutions. What is a constitution if not just a piece of paper of subjective opinions?