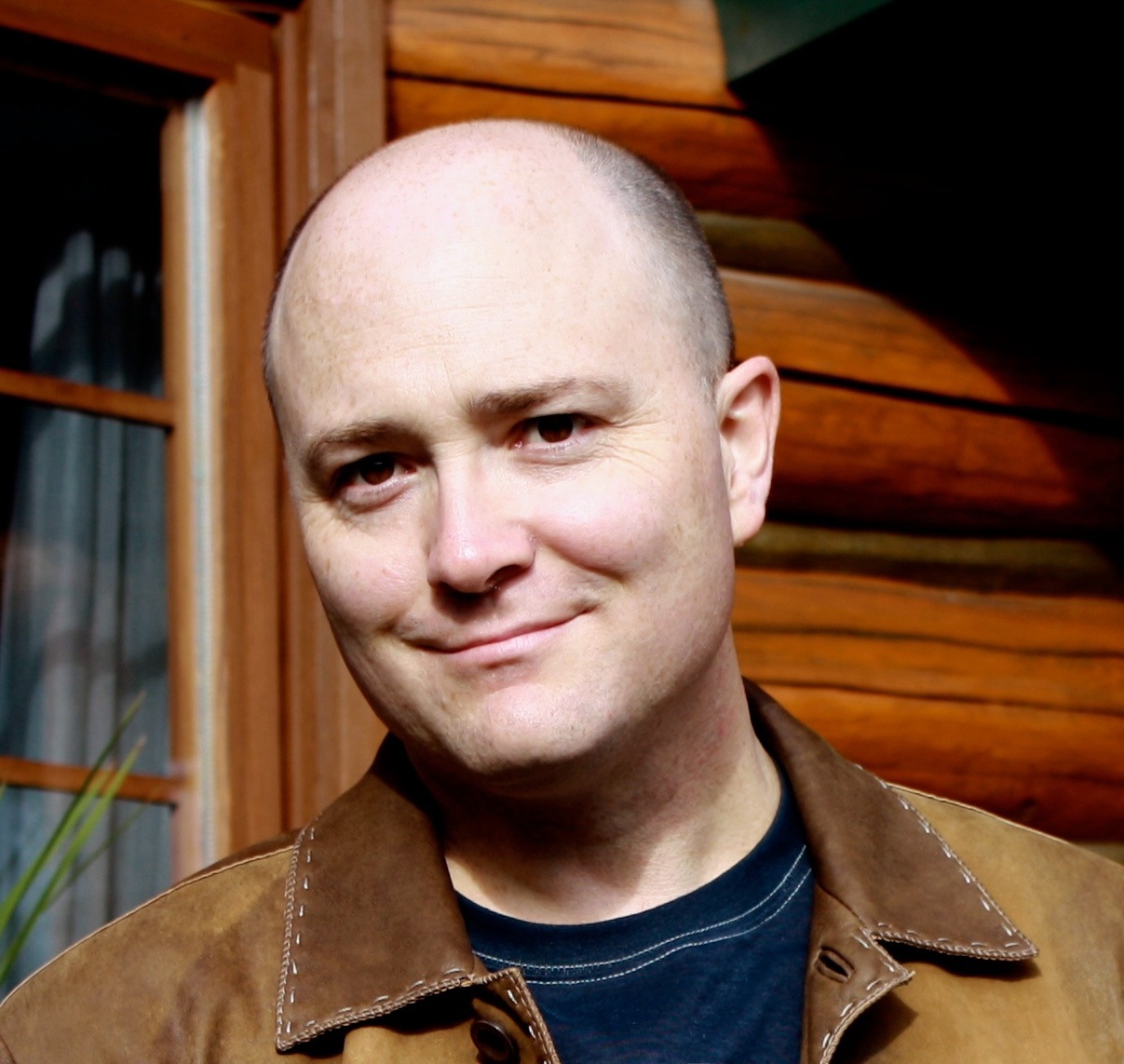 Originally published in I Chose Liberty: Autobiographies of Contemporary Libertarians.

Unlike many libertarians who dally with socialism before seeing the light, I have never been attracted to leftism. Indeed, although I of course welcome former pinkos to our ranks, I’m always a bit suspicious of anyone who could ever be swayed by that bunk.

Born in 1965, I was reared in a small town near Baton Rouge, Louisiana. My natural aversion to leftism stems from this upbringing. The milieu—if South Louisiana can be said to have one—was nominally Democratic, but relatively apolitical, culturally conservative, and Catholic. I can’t recall ever meeting any open or hardcore leftists until college.

There were other contributing factors that made me ripe for libertarianism. For one, I have always been strongly individualistic and merit-oriented. This is probably because I was adopted and thus have always tended to cavalierly dismiss the importance of “blood ties” and any inherited or “unearned” group characteristics. This made me an ideal candidate to be enthralled by Ayn Rand’s master-of-universe, “I don’t need anything from you or owe you anything” themes.

Another factor is my strong sense of outrage at injustice, which probably developed as a result of my hatred of bullies and bullying. I was frequently attacked by them as a kid, because I was small for my age, bookish, and a smartass. Not a good combination.

I attended Catholic elementary and high school in Baton Rouge. I had a love-hate relationship with Mrs. Reinhardt, Catholic High School’s librarian. When she was not expelling me and my cronies from the library for pulling pranks, she would recommend books to me, as she knew I was an avid reader of both fiction and nonfiction. One day she recommended Ayn Rand’s The Fountainhead to me. (I believe this was in 1982, when I was a junior in high school—the same year Rand died.)

“Read this. You’ll like it,” she told me. Ex nihilo—something. Rand’s ruthless logic of justice appealed to me. I was thrilled to see a more-or-less rigorous application of reason to fields outside the natural sciences. I think this helped me to avoid succumbing, in college, to the simplistic and naïve empiricism-scientism that most of my fellow engineering classmates naturally absorbed. Mises’s dualistic epistemology and criticism of monism-positivism-empiricism, which I studied much later, also helped shield me from scientism.

By my first year of college (1983), where I studied electrical engineering, I was a fairly avid “Objectivist”-style libertarian. I had read Henry Hazlitt’s Economics in One Lesson and some of Milton Friedman’s works, but I initially steered clear of “libertarian” writing. Since Rand was so right on so many things, I at first assumed she—and her disciples Peter Schwartz and Leonard Peikoff—must be right in denouncing libertarianism as the enemy of liberty.

And yet in my reading, I kept coming across libertarians, whose views seemed virtually identical to Rand’s “capitalist” politics. Finally, out of exasperation at trying to reconcile Rand’s denunciation of libertarians with their seemingly similar views, I read Rothbard’s For A New Liberty, and then several other works, such as Nozick, the Tannehills, David Friedman, etc. Before long I realized Rand’s minarchism was flawed. Individual rights entail anarcho-capitalism; a state, even a minarchist one, necessarily violates the individual rights that Rand so passionately championed. Rand made a lot of sense on a lot of issues, but her arguments in favor of government were strained.

I remember attending my only Objectivist conference, in Dallas, with my good friend Jack Criss (a libertarian radio talk show host from Jackson, Mississippi). Entitled “Meeting of the Minds,” the conference showcased Objectivist stars David Kelley, John Ridpath, and Alan Gotthelf. I believe this was around 1988, before David Kelley had been purged from official Objectivist circles for daring to praise Barbara Branden’s biography The Passion of Ayn Rand. I had corresponded with Kelley, who was gracious enough to take time to reply (this was before email) to my precocious and presumptuous questions. I have always admired and respected Kelley.

I had several stimulating conversations with him at the conference, mostly on epistemology and philosophy. But I remember at a reception one of the students was telling how he had taken his copy of The Passion of Ayn Rand and burned it in a private ceremony in his mom’s back yard, when he realized how “evil” it was. I think he sought to gain points among his audience by relating this tale. I recall Jack and I looking at each other with cocked eyebrows. “Book burning.” Yes. Well. That was the last and only Objectivist conference I ever attended.

In the late-80s, I started publishing columns in the LSU student newspaper, The Daily Reveille, from an explicitly libertarian perspective. As my interests became more sharply political and philosophical, my girlfriend (later wife) and friends urged me to consider law school. I was by this time in engineering grad school. Unlike many attorneys, I was not one of those who had always wanted to be a lawyer. In fact it never occurred to me until my girlfriend suggested it over dinner, when I was wondering what degree I could pursue next, so as to avoid having to enter the workforce. At the time I thought one had to have a pre-law degree and many prerequisite courses that engineers would lack; and I feared law school would be difficult. I remember my girlfriend’s chemical engineer father laughing out loud at my concern that law school might be more difficult than engineering. In retrospect, I can say that law school is not easy, it is a lot of work—but it is not that conceptually difficult. Lots of morons graduate from law school.

By 1988, I was in law school, and becoming a more well rounded libertarian, having read by this time Rothbard, Mises, Bastiat, the Tannehills, and a non-trivial portion of the books offered in the Laissez-Faire Books catalog. In that year there were two significant events in my life, from a libertarian perspective. One was Hans-Hermann Hoppe’s controversial and provocative article in Liberty, “The Ultimate Justification of the Private Property Ethic”. In this article Hoppe sets forth his “argumentation ethics,” which holds that the libertarian private property ethic is implied in the very activity of argumentation—because those engaged in argumentation already presuppose the value of conflict-avoidance and the ability to control property and thus, those arguing in favor of socialism contradict themselves.

The second thing that I encountered the legal principle of “estoppel” in my contracts class. This is the ubiquitous legal principle that precludes someone from asserting a legal claim or position that is inconsistent with earlier statements or behavior. I remember sitting in contracts class, as Professor Morris lectured on this topic, thinking “Eureka!” to myself, as I began to see that the concept of estoppel meshed perfectly with libertarian logic (and also with Hoppe’s argumentation ethics). The libertarian non-aggression principle holds that force may only be used in response to (initiated) force. There is a nice symmetry here. One may use force, if and only if it is response to initiated force (aggression). I saw in class that day that the principle of estoppel could help explain and justify the non-aggression rule. Force was justified against an aggressor, because having used force himself he would be estopped from objecting to retaliation. For him to assert that force is wrong—which he must do in order to object to retaliation—would contradict the “force is permissible” maxim underlying his own act of aggression. He is “estopped” from asserting a claim inconsistent with that underlying his earlier behavior.

My estoppel theory complements and draws on Hoppe’s argumentation ethics. For years I believed that I first came up with my estoppel theory and then read Hoppe’s work, and linked the two together. Now I am not so sure, and think that I first read and absorbed Hoppe’s argumentation ethic, which made me fixate on the similar logic of estoppel when I coincidentally studied it in law school shortly thereafter.

I was at King’s College London—University of London in 1991, pursuing a master’s degree in law, when I produced the first draft of a paper arguing estoppel can help justify libertarian rights. Somewhat naïvely, I submitted it to King’s College Law School’s law review, whereupon it was summarily rejected. Not daunted, I submitted an improved draft to Tibor Machan for his journal Reason Papers. I had read many of Machan’s works, including his Human Rights and Human Liberties and Individuals and Their Rights, and he had been kind enough to respond to several of my letters. I remember speaking with him one night, about the submission, from a students’ pay telephone at King’s College in London, and then getting drinks at a pub with friends, none of them knowing or able to appreciate I had just spoken with a libertarian writer whose books I had read. “Estoppel: A New Justification for Individual Rights” was published in the Fall 1992 issue of Reason Papers.

Another shift in my libertarian life occurred in 1995, when I first met Lew Rockwell, Hans Hoppe, and Murray Rothbard. But let me back up. After finally completing all my book-larnin’, I had to earn a living, and in 1992 started practicing law in Houston. When Hoppe’s second English-language book, The Economics and Ethics of Private Property, came out in 1993, I decided to do a review essay for a law review; the review was published in 1994 in the St. Mary’s Law Journal. I promptly sent it to Hoppe, who sent back a warm thank you note.

By mid-1994, I had moved to Philadelphia (I was there for three years, until I returned to Houston in 1997, where I reside today), and resolved to attend the John Randolph Club meeting in October 1994, near Washington, D.C. My primary goal was to meet Hoppe, Rothbard, and Rockwell. I was thrilled to meet them, and was able to get Murray to autograph my copy of Man, Economy & State, which he inscribed, “To Stephan: For Man & Economy, and against the state—Best regards, Murray Rothbard.” Well, I know the nicer one-volume edition is out now, but just try to get me to part with my musty two-volume copy. Rothbard unfortunately passed away on January 1995, but I shall be forever grateful that I was able to meet him.

Since then, I have attended many Mises Institute conferences, including every one of the annual Austrian Scholars Conferences, initiated, if I am not mistaken, in 1995. Over the years, I gained more appreciation for Mises and Austrian economics, and for the unparalleled scope of Rothbard’s scholarly contributions to economics, political philosophy and related fields. I am now not only an anarcho-libertarian, but a Misesian-Austrian. I have gained an increasingly deeper respect for Lew Rockwell and the singular achievement that is the Mises Institute. It has become my intellectual home.

Don’t Make Enemies over Politics
Swapping Politicians Pointless Change
Capital Punishment Places Too Much Trust In An Untrustworthy Institution
Promises of Politicians Impossible
Note to SCOTUS: Section 230 is an Acknowledgement of Reality, Not a “Liability Shield”
Please Don’t Go
Acrostic on Excerpt about Time
Contra Hobbes: Peace and Political Government are Opposites
Who Does Protectionism Protect? Not You
How the State Violated Free Speech during the Pandemic