Congrats to Ron for standing up to the predators in Las Vegas, and thanks for sending me the documentary proof.

While I can’t say this dismissal is directly because Ron filed the motion to dismiss and discovery request, this is still significant because it’s more evidence we can get these tickets dismissed.  Not only that, we don’t need a lawyer to do so.

Circumstantially though, would the prosecution have withdrawn if not for Ron’s defense?  This has to be taken in context though, knowing these predators have no evidence to support their claim their laws apply.

The common arguments/excuses for this lack of evidence is they don’t need to prove it, that prosecutors can argue against us without evidence, while it’s contempt for us if we do.  Outside court they argue their laws apply because they put other people in prison, and the laws apply because “they just do.”  Yes, they have actually said such things.

Knowing they have no evidence to support their claim, that our position has merit, and a case can be made the dismissal was because of Ron’s defense.  We’ll never know for sure, though we can be confident that if attacked, we can successfully defend ourselves. 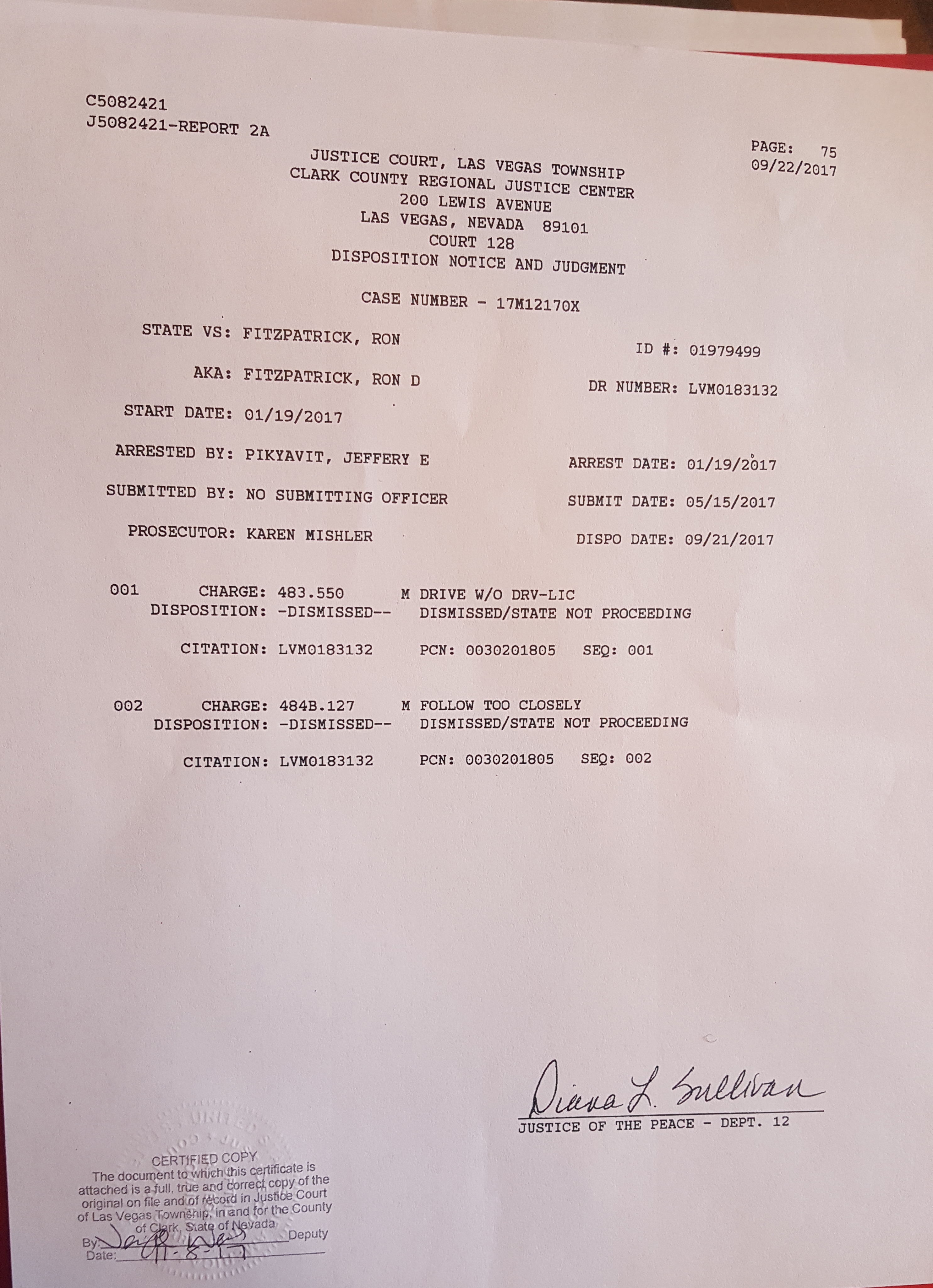 Don’t Make Enemies over Politics
The US “Intelligence Community” Can’t Be Trusted to Police Itself
Are Bosses like Rulers?
Swapping Politicians Pointless Change
The Scourge of Conscription
Capital Punishment Places Too Much Trust In An Untrustworthy Institution
Promises of Politicians Impossible
Note to SCOTUS: Section 230 is an Acknowledgement of Reality, Not a “Liability Shield”
Please Don’t Go
Acrostic on Excerpt about Time