Congrats to Kris for standing up to the predators in Texas and getting a complaint kicked out with prejudice.  And thanks for providing me the documentary proof below. 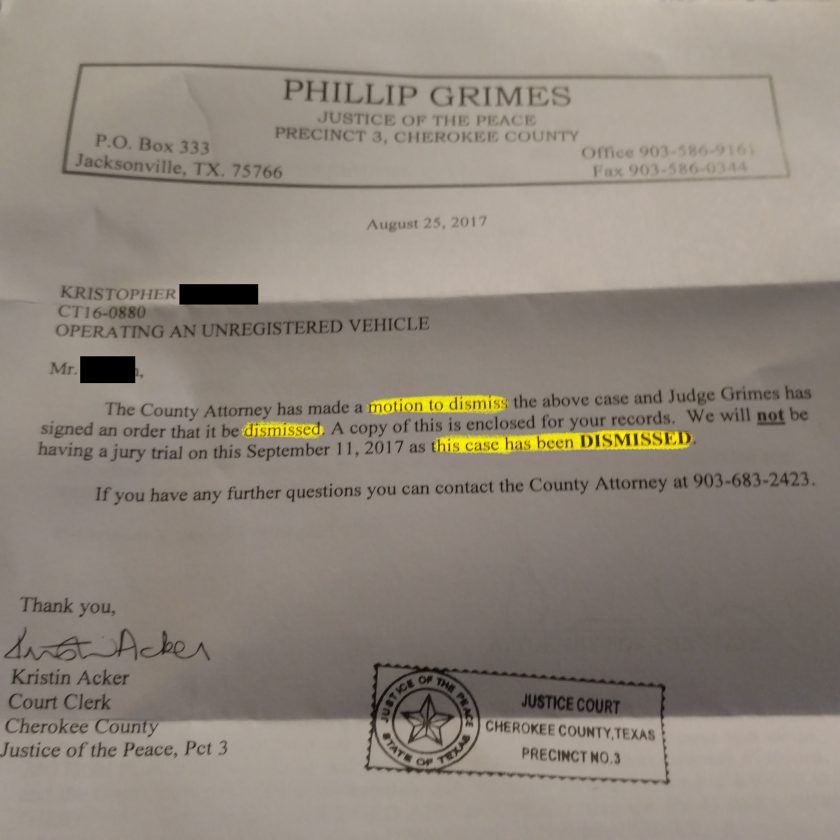 Instead of responding and trying to show where Kris was wrong, the prosecution filed to dismiss their complaint.  If the prosecution had evidence of jurisdiction and proof the laws applied to Kris, they would have presented it.  But they can’t.  If you disagree, please call a live broadcast with the proof a written instrument (constitution) applies to Kris just because he’s physically in Texas.

Don’t let anyone tell you that you cannot challenge a complaint, whether traffic, drugs, taxes (any code violation) and prevail.  It takes work though, a dedication to critical thinking and applying the Socratic Method, to prevail.  This doesn’t mean we’ll always get tickets kicked out, we are dealing with criminals.