I read in our local weekly that the public schools in our county had produced students such that half were below “proficient” in Reading and more than 7 in 10 were not “proficient” in Math. I read further that these numbers were in line with statewide averages.

At a minimum, I wonder what “proficient” means. Is this how report cards are written these days?  Do you accost youngsters by asking them why they are not more “proficient?” Does anybody know what this abstraction means?  A usable dictionary defines “proficient” as follows: 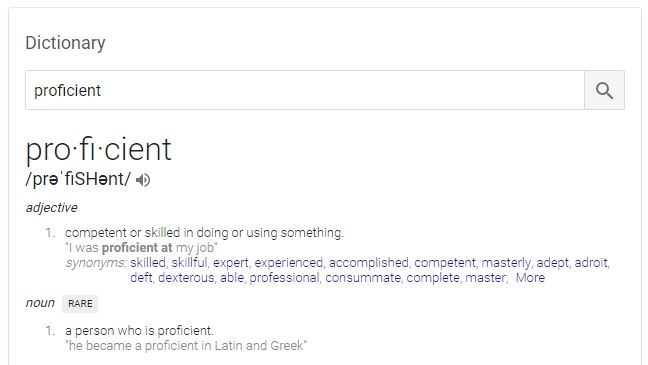 The problem seems to me to be threefold;  1) the worse a bureaucracy performs the more it claims that performance as justification for its continued existence, 2) “education” is a political football, and 3) the metrics are screwy.

I have watched wave after wave of politicians run on platforms of educational fixes.  In Kentucky, we are now more than 1/3 of a century downstream of a thing called KERA (Kentucky Education Reform Act).  When will these know-it-alls quit fixing a thing which cannot be fixed?  We have taken the one animal on earth who is a prodigious learning machine with regard to symbolic logic and turned it into a cripple who cannot read or count.

My appreciation for education explains my opposition to schooling.

The only “Action” which works is FREEDOM – Freedom to allow and create COMPETITIVE systems, including “Home Schooling”.