Editor’s Break 038 has Skyler giving his commentary on the following topics: political vs. public interest, forgiving others of the mistakes they make, Trump’s foolish approach to national security, trusting people to choose political leaders but not to take care of themselves and others, moral imperialism, and much more. 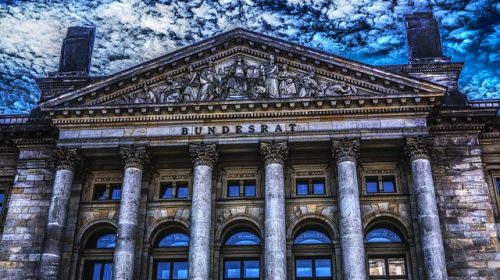 Neoclassical economists have made many studies of various aspects of what they call “the optimal level of government intervention in the economy.”

All of these studies are highly problematic, mainly because they presume that the existence of a coercive, imposed type of governance (as opposed to one based on voluntary, individual contracting) is a net benefit in the first place.

I dispute this assumption, on the grounds that the government’s imposition of its rule ipso facto demonstrates that it is an arrangement that benefits some at the expense of others — that is, an arrangement for bullying and plundering the ruled for the sake of the rulers and their cronies.

Once this reality is acknowledged, the foundation for determinations of “optimal government intervention” more or less evaporates. The optimal level of government as we know it is zero. No such government, no such intervention.

Peaceful Anarchism 024, “Statism is a self-destructive ideology, from whose ashes a wonder will emerge of epic proportions that will catapult human progress to the stratosphere and beyond. I look to the future with bright and hopeful eyes at what magnificent splendor awaits us.” 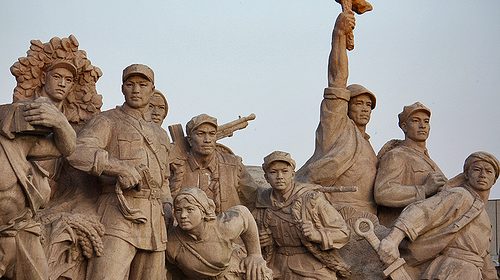 If anyone ever managed to create real socialism – that is, a system completely detached from external free markets, perfectly efficient at destroying internal black markets, and not dependent on financing by other, not-fully-socialist regimes – then such a system would immediately collapse in a spectacular manner, consumed by calculational chaos so exhaustively described by Ludwig von Mises. In other words, it would not be real socialism, because it would be nothing. On the other hand, as long as a nominally socialist system relies on the existence of external free markets, local black markets, and financing by other, not-fully-socialist regimes, one can claim that its permanent problems result from the fact that it is not real socialism.

In sum, there will never be real socialism – not because it is conceptually incoherent, but because its implementation is tantamount to its immediate self-destruction. However, it will always be possible to claim that all of the chronic problems of existing nominally socialist regimes result from the fact that none of them has so far attained the ideal of real socialism – after all, truth be told, a dead thing no longer suffers from any problems. In other words, it is always possible to identify suicide with a gateway to a better life, and, in its pursuit, make life unbearable for those who want to live, unless one finally understands that – as suggested by Mises and a few other not altogether unreasonable individuals – such an identification is fatally misguided. One may only hope that such a realization will finally dawn on all seekers of real socialism – whereupon they will finally desist in their search.