A big congrats to Gadsen Viper for not backing down, even after a sham trial, and getting a dismissal with prejudice.  And thanks for not only sending me the documentary proof, but calling into the show to report what happened.  This is a principled stand against criminals the critics just cannot appreciate.  Hear is report about what happened here. 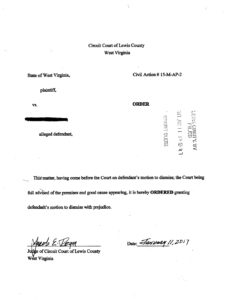 As he reported on the show, there was a trial where no evidence of jurisdiction and an element of the charge was presented.  There was also no witness with personal knowledge the constitution and code applied just because they were physically in West Virginia.

After the judgment of guilty, they filed a motion to dismiss/vacate on grounds there was no evidence proving jurisdiction and an essential element of the charge.  You can’t prove a rule was violated if you have no evidence it applies in the first place.  You have to wonder about those who claim they don’t have to prove the rules apply, it goes like this:

Standard of proof the rule applies: Because we said so.

Standard of proof rule was violated: Beyond a reasonable doubt with evidence and competent witnesses subject to cross-examination.

Yeah, that looks legit doesn’t it?  Keep mind that both are elements of the charge, essential elements.  Looks like a standard logical fallacy the critics love, the ol’ double standard, or special pleading.

Contrary to what a few critics claim, the motion has been granted many times, this is just additional proof for them to deny.  Not only was the motion granted, it dismissed the charges with prejudice.  That’s two significant points; it was after a sham trial and it’s with prejudice, meaning it cannot be brought back, it’s a decision on the merits.  The prosecution did not have evidence to prove jurisdiction (and an essential element of charge) and cannot bring the same charge against them, it’s now res judicata.

A few will claim granting the motion does not mean the judge agreed with the motion.  Go ahead, laugh, I’m not making that up, it’s been publicly stated many times, even by critics claiming to be prosecutors, several are confirmed to be attorneys.  I think it’s best to go based on the evidence and not speculate like my critics have to do.

While some will still lie claiming the motion has never been granted, the more sophisticated critics will marginalize it with the usual: 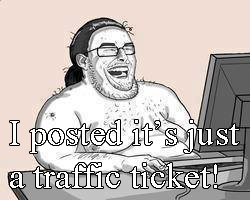 Everything the critics say is just to avoid having to be honest and admit there’s merit to my work.  But this dismissal is significant because one of the most common criticisms is that we get so many dismissals only because we cause “too much trouble” so they just kick the ticket out.  This was after a pretended “trial”.  There was no obligation for the prosecution to respond and all the judge had to do was tell a clerk to mark it DENIED.  Just a one word response.  That is “too much trouble”?

There are also the critics, knowing there is undeniable evidence the motion has been granted, have to desperately try to discredit my work by lying: 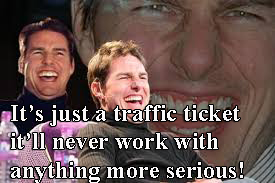 Again, not true as the evidence proves; there have been drug charges dismissed and many tax assessments.

But what these false claims do is allow the critics to avoid the fact they cannot prove the rules they revere so much actually apply to us.  That is why they have to lie or try to marginalize the proof. 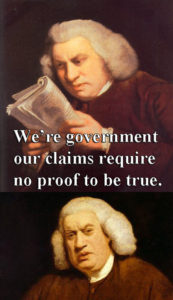 I’m not saying critics should be ignored and I don’t ban them, I’m not afraid of criticism.  I just hope people will look at the claims being made and see what is most likely because of the evidence.  What’s important is, what does the evidence say?

If you disagree, then provide the evidence, not excuses, not logical fallacies, not argument, provide actual evidence that proves a written instrument from 1787 applies to me today just because I’m physically in the United States.  Where is the proof there are states?  Where is the evidence proving there are reciprocal obligations of allegiance and protection?  And no, claiming I’m an idiot because no evidence is necessary is not proof.  That is just a proof by assertion fallacy typically followed by a fallacious appeal to authority and tradition; as well as lying the “people” consented.

Texas Marijuana Laws Are Failure
Vernal Equinox
Boston College Psychology Professor: “School Has Become a Toxic Place for Children"
Govern Yourself So You Violate No One Else
Be Cure to Government’s Disease
The Ironclad Argument Against Racism
Fossil Fuels Save Lives
Why Elon Musk Shouldn’t Buy Twitter
Yes, Corporations Have Free Speech Rights Like Individuals
The State Took Her Home Because She Missed $900 in Property Taxes