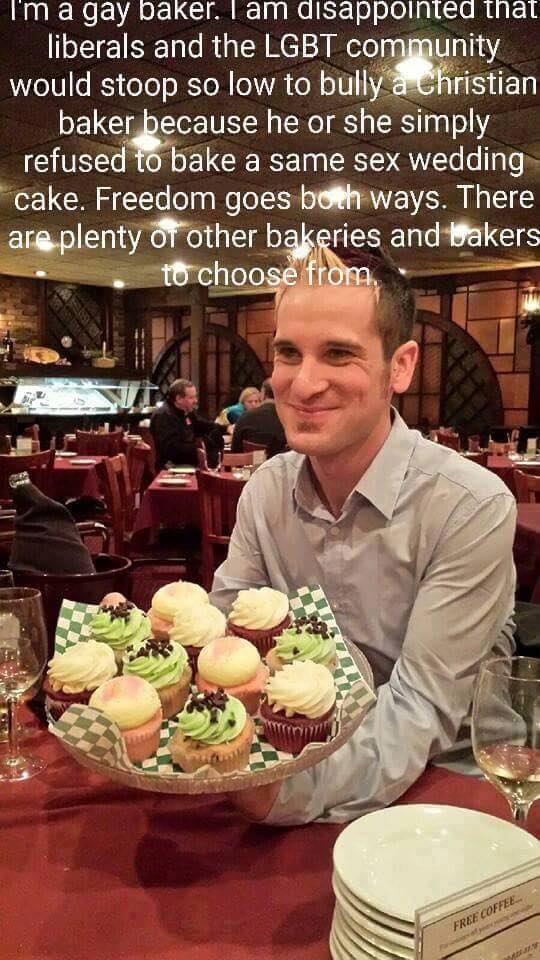 I’m not being sarcastic when I say that this meme is refreshing (right). I won’t call it an example of “tolerance,” because that word is thrown about by too many people who never stop to think about its real meaning. “Advocacy of purely peaceful transactions” doesn’t roll off the tongue as easily, but it’s more accurate.

There is no right to force another person to provide goods or services. How can it be about “freedom,” then, when it’s someone imposing his “freedom” on another, who will be beaten and jailed for peacefully declining business? There is nothing about “freedom” in someone using a law or regulation to force another, even if there were no other competitors. If there is enough demand, then let other competitors enter the marketplace.

That’s the moral argument. The empirical argument is just like what this fellow says: there are so many other bakeries, but the left wants to continue pulling cheap political stunts.