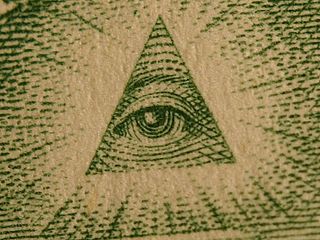 “Is there a Conspiracy?” That is the question that plagues so many intelligent, concerned people today. As we see our once proud nation brought to its knees economically, as we see our soldiers being butchered at the hands of phantom enemies, as we see our liberties being eroded daily, as we stand by helplessly watching our elected leaders betray our interests; it seems a question that is inescapable. “Is there a Conspiracy?”

The question may take different forms and certainly has many objects of interest. It may be asked regarding international banking, the events of 9/11, mainstream media bias, global-warming, assassination, electric cars, and on and on, ad infinitum. But throughout all of these controversies and mysteries what remains consistent is the fact that the problems which prompted the question in the first place get placed on the back burner, sometimes indefinitely.
Read the full thing »

Acrostic on Excerpt about Time
Contra Hobbes: Peace and Political Government are Opposites
Who Does Protectionism Protect? Not You
How the State Violated Free Speech during the Pandemic
The Function of Privilege
Cryptocurrency: Don’t Blame the Medium for the Scam
Be Glad about What’s Not Going Wrong
Prohibition Has Opposite Effect
Beware the Regulatory Storm over FTX
California’s “Progressive” War on Workers Goes National