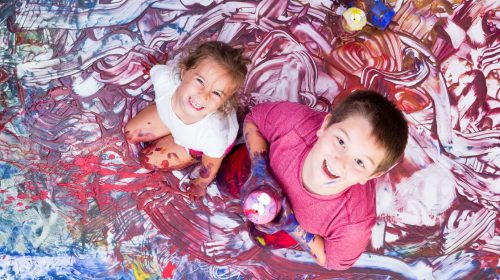 Parents seem to worry about every aspect of raising their children more than ever, wondering how every decision they make will impact their child’s future. If you lighten up on how you parent, you might raise happier children and feel less stress. You can take the following six things less seriously when it comes to parenting.

Feeding Your Children – Woah, woah, woah. Hold on a minute. You still have to feed them! That’s one of your main responsibilities. BUT so many moms and dads lose sleep at night wondering if their child is eating well enough or if the macaroni and cheese they’re always asking for is going to lead to obesity, depression, and clogged arteries one day.

Much like the controversy between breast and bottle feeding, your child does need healthy food in order to thrive. However, your child will survive if he or she doesn’t eat it at each and every meal. Sometimes the fighting derived from children refusing to eat healthy foods causes more emotional damage than the macaroni and cheese. Work for balance in their diet while encouraging positive eating habits instead of deprivation, anger, and resentment.

Feed Your Baby via Breast or Bottle – Breastfeeding has received much attention across the nation. However, not every mother — or baby — will take to this method of eating. If you choose to give your child formula for whatever reasons, relax. He or she will survive and likely even thrive no matter how they are fed.

Co-Sleeping – Parenting experts have discussed the controversy over co-sleeping for parents and children for years. However, parents might not sleep as well when the baby is in bed with them. While babies who co-sleep might be at lower risk for SIDS according to some professionals, sleep-deprived parents might not care for their child as effectively. This is just another matter where you have to do what is best for your family and not worry so much about what other people’s opinions are.

Traditional Schooling – Public schooling is a hot topic these days. Do kids have too much homework? Is the testing too severe? No matter what’s going on with your child academically, don’t stress. They’re better off having a parent that is happy and supportive than a parent who is pushing their teen for A’s instead of B grades. A drive for learning is developed by positive encouragement and an atmosphere that inspires. Few positive results ever come from forced achievements.

Slamming Doors and Temper Tantrums – Whether it’s a toddler or a teenager, your child is going to get mad at you from time to time. It doesn’t mean they’re going to start sneaking out and committing crimes. It just means they are human. Most likely, the two of you have communication skills to work on. But don’t worry. Let them blow off some steam and when everyone has calmed down, talk about ways you and your child can communicate your frustrations without having to explode in anger.

Constant Supervision – Hovering over every single detail of your child’s activity is also known as helicopter parenting. Constantly monitoring your children (even with the best of intentions) is a sure fire way to limit their exposure to decision making. When you take away their opportunities for making decisions, you create children who grow into adults, unable to care for themselves. Take a step back and give them some breathing room! You’ll find that you are less stressed and worried. You’ll also be pleasantly surprised by how independent your children can be.

Kids Will Be Kids

Sometimes children and teens negative behaviors can be more extreme and in these cases, definitely monitor their behavior for patterns and signs of disorders or cries for help. For the most part though, kids will be kids. They’ll overreact to minor set backs – because to them, these setbacks are some of the hardest trials they’ve ever faced in their short lives. They’ll cry. They’ll huff and puff when they don’t get what they want.

Just remember to love them through it. What’s most important is that you don’t lose their cool when your kids act out. Take a deep breath and do what you have to do to calm down before starting a discussion. If you’re worried your child or teenager might be on a dangerous path to self destruction, find help from a professional for advice, a diagnosis, treatment, or therapy.

Rebellion is Harder than it Looks
Gun Rights are Decent Political X-ray
“Red Flag” Laws Violate Human Rights
Don’t Let Politicians Use Pandemic as an Excuse for Dictatorship
Yale Study: Vast Majority of High Schoolers Unhappy at School
Guns – Time to Try Something Different
Coronavirus: Politically Created Panic is the Real Pandemic
Here Are 6 Ideas For Parents While Schools Are Closed
You Are Not Alone
Glad Someone Finally Said “Enough”