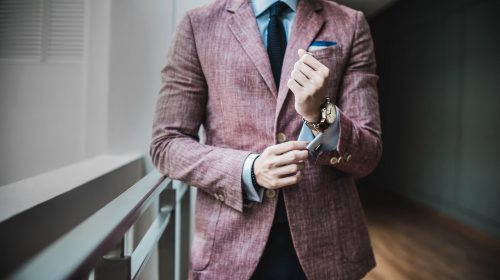 “There’s no cure for being a cunt.” – Bronn, Game of Thrones

It’s no new insight to say that the loudest proponents of virtuous utopia often lack virtue themselves. I only want to confess to the same sin.

In each of these times, the content of my beliefs may change dramatically, but the content of my character changes little – at least insofar as pride is concerned. I may have “the right ideas” but I am an ass about it. My ass behavior is usually limited to internal narrative and thoughts – I’m rarely rude out loud – but it still shows a corruption in me.

Repetition of this mistake in the course of changing my beliefs may show how little virtue I have, or at least how susceptible I am to this weakness in human nature. But it does have one positive effect: with each time, I become a little more transparent to myself, and the “throwing under the bus” seems a little more treacherous and unjustly proud.

With any luck, this will make me more careful, more humble, and more skeptical, which in a world of ideologies are virtues to seek. 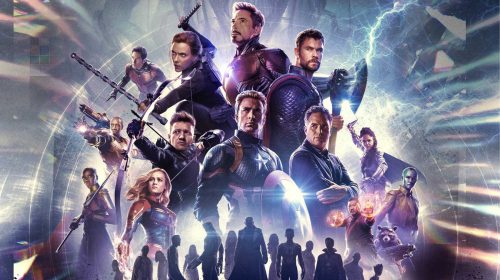 Philosophers often invoke the Non-Identity Problem when they imagine one of our descendants moaning, “If only our ancestors had stopped polluting, I’d be better off.”  While it’s true we can help our descendants, the very acts of helping them changes who our descendants will be.  If we had cared more about the future, the moaners wouldn’t have been around to moan.

What on Earth does this have to do with coronavirus?  Simple: The birth of a new pathogen biologically parallels the birth of a new human.  A new virus is the result of a perfect genetic storm – DNAs ultra-improbably combine, then ultra-improbably get into a human body, then ultra-improbably infect that body with an ultra-low viral dose instead of being destroyed by the host’s immune system.  That’s why new pathogens are so thankfully rare; the odds are stacked massively against the rise of any specific strain.  If matters were otherwise, virologists would detect what arson investigators call “multiple points of origin” for novel pathogens.  To the best of my knowledge, they almost never do.

Doesn’t the same go for thousands of other changes?  Absolutely.  If Trump had negotiated a different trade deal with China, coronavirus would never have happened.  If China had left the Uighurs alone, coronavirus would never have happened.  Indeed, if Avengers: Endgame had been released a week later, coronavirus would have never happened; the movie grossed $614M in China, so it must have indirectly changed the space-time positions of a bunch of people in Wuhan.  If something alters which humans are born, it can also easily alter which pathogens are born.

Wait, does this mean that if Hillary had won, we could have had a worse virus instead?  Absolutely!  Given how bad this virus has been, however, that’s unlikely.  If Hitler had never been born, maybe Germany would have been taken over by an even more bloodthirsty dictator, but smart money says otherwise.  Nevertheless, over the very long-run, the uncertainty becomes great indeed.  Without Hitler, World War II could have been fought fifteen years later… with nuclear weapons.  As Tyler explained a while back:

For small changes to translate into large final effects, we need only postulate that some individuals, or some leaders, play a significant role on the global stage. Even if most individuals do not matter, or most small changes wash out, some of the small changes today will alter future identities, once we look a generation or two into the future. So the argument requires only that a very small number of personal identities matter for the course of history. If Hitler’s great-great-grandfather had bent down to pick one more daisy, many of the effects might have washed out; nonetheless Europe today would be a very different place.

In my experience, non-philosophers stridently resist non-identity arguments.  But that’s their problem.  The arguments are sound.  Whenever the conception of a crucial critter is on the line, small events have massive consequences.  The crucial critter could be a human or virus.  Strange but true: This whole mess could have been avoided if Chris Hemsworth had a minor accident while shooting the latest Avengers movie. 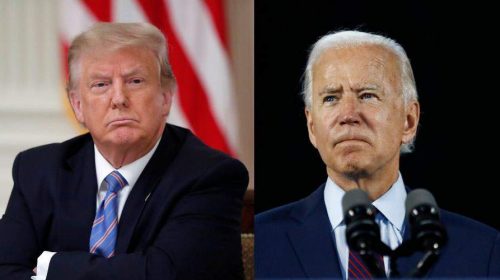 Democratic presidential candidate Joe Biden says he has an economic plan for America to “Build Back Better.” US president Donald Trump complains that Biden “plagiarized” significant elements of that plan from, you guessed it, Donald Trump.

Both plans are packed full of bad ideas that have been proposed a thousand times by a thousand other politicians, so the plagiarism claim seems more trollish than truthy. The problem with both economic plans isn’t that they’re plagiarized, it’s that they ARE economic plans.

What is an economy?

Ask a bureaucrat, and you’re likely to get lists of “key indicators,” accompanied by graphs and charts attempting to explain life, the universe, and everything in terms of those indicators.

The economy is whether you have lunch, and if so what you eat and how much of it.

The economy is whether you go to work today or call in sick and return to bed.

The economy is whether you try to make that old beater last one more year, or give in and go shopping for a new car, or start bicycling more and driving less.

The economy is everything you and eight billion other people decide to buy or not buy, sell or not sell, consume or not consume, and do or not do, 24/7/365, cradle to grave.

The idea that a politician or bureaucrat (government or corporate) can come up with an “economic plan” that takes all the relevant variables into account — forecasts what people need or want and efficiently allocates resources to make sure they get it — isn’t just silly, it’s dangerous.  We’re not even very good at forecasting the weather yet. Behind politicians’ “economic plans” lies the kind of hubris that that turns recessions into depressions, droughts into mass starvation episodes, and trade wars into shooting wars.

According to the “Build Back Better” plan, “Joe Biden believes to his core that there’s no greater economic engine in the world than the hard work and ingenuity of the American people.” Trump makes similar noises.

If they actually believed it, their “economic plans” would be identical and 11 words long: “Laissez faire et laissez passer, le monde va de lui meme” (“Let do and let pass, the world goes on by itself”). 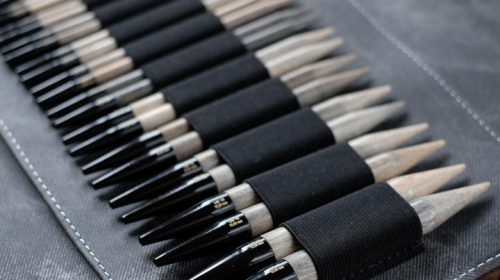 Conformity may be craven, but it is a powerful and common survival strategy throughout nature. “Blending into the herd” works often enough. But for many reasons, conformity fails in the long run.

Why? Because in imitating the crowd, the conformist becomes interchangeable with every other member of that crowd. If he is lost, it is no great loss – he is standing right next to his replacement. So his conformity may buy him safety in the moment, but it will hide any advantage he might offer to the group/person presenting a danger to him.

The nonconformist on the other hand takes a big risk of being killed or otherwise eliminated. But in standing out, he clearly establishes a unique sense of value. Think of the “crazy” artistic genius, the brilliant political dissident, the rogue inventor and entrepreneur. He may have ups and downs in the short term due to his intransigence, but he will also be seen as someone harder to replace, and in that sense his safety may improve over that of the nonconformist.

Whether or not you choose to be a conformist might depend on your idea of safety. It’s true that the conformist may never be killed, but in hiding in the group he may also miss his opportunities to reproduce, or to leave some other kind of mark in the world. This is an extinction event all its own. The nonconformist may risk short-term discomfort or even destruction, but in the long run his works are more irreplaceable and therefore held with more care by the rest of the world.

This has practical implications.

Communities that try to become like every other community – say, by adding a bunch of fast food restaurants – will be interchangeable, ultimately replaceable, and ultimately not maintained by their citizens. A community with hundreds-years old churches and buildings and memory will last. Anything else you wish to preserve should follow this principle and be unafraid to stand out. 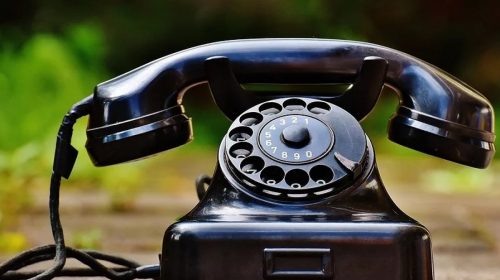 Those who continue to live in that world are clinging to an obsolete way to live among others. They are tragic.

Their archaic “system” is rotting before our eyes. It has been failing for 5000+ years, and the decay has accelerated in the past couple of centuries. Yet they keep pretending it’s salvageable.

Statists remind me of those pathetic monkey mothers who will carry their dead infant around until it falls apart in their arms. They aren’t to be hated, but to be pitied.

It’s only when they try to force others to hold the rotting corpse and coo over how beautiful it is that I feel hatred for them. I don’t want the diseased corpse in my life or in the lives of those I care about. I don’t even want it in the life of anyone I might hate, unless they beg for it. You don’t have to give it up, but keep it to yourself. 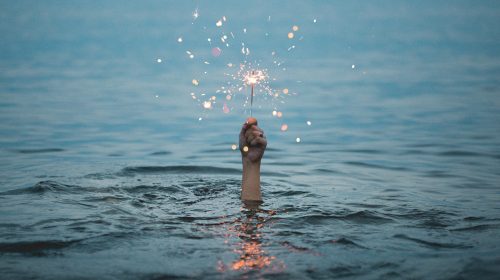 In a world that is problem-free and satisfaction guaranteed, you don’t need to be creative.

In a world where desires are fulfilled and goals are achieved without effort, you don’t need to be creative.

In a world where our dreams are instantaneously realized by merely wishing things into existence, you don’t need to be creative.

In a world where you can throw a party, make art, laugh with friends, or simply get through a day without having to negotiate a single element that’s unpredictable, unwanted, or uncooperative, you don’t need to be creative.

We don’t live in any of those worlds.

We live in a world where time and space often feel like stubborn gatekeepers separating us from the things we want and need.

We live in a world where our goals are constantly challenged by the realities of inertia and inconvenience.

We live in a world where success and satisfaction depend on imagination and innovation.

We live in a world that requires creativity.

Creativity brings us pleasure, but it’s made necessary by the things that delay, decrease, or deny our pleasure.

When we feel disappointed with the world, that is not a reason to give up on creativity. That is a reminder for why we need it.

People ask me “Why should I strive to live creatively when things are going bad?”

If things were naturally going your way, what use would there be for creativity? If your desires could be fulfilled without tradeoffs and opportunity costs, why would you ever need to be creative? No single work of art or act of good has ever arisen from a completely effortless state devoid of the need to deal with some form of resistance or difficulty.

Creativity isn’t just about playing theatre games or putting paint on your face. It’s about having goals, encountering obstacles, and bearing the burden of having to come up with counter-intuitive strategies for getting around those obstacles.

It doesn’t take any creativity to lay back and passively hope that good things will happen on their own. We need creativity precisely for those moments when the way forward seems unclear or impossible.

Creativity may exist for the purpose of having fun, but it’s made necessary by the fact that having fun can’t be done without the ability to innovate and improvise around the unwelcome and unexpected.

If we’re having more problems than ever before, then I can’t think of a better time to be creative.

At least that’s the way I see it.