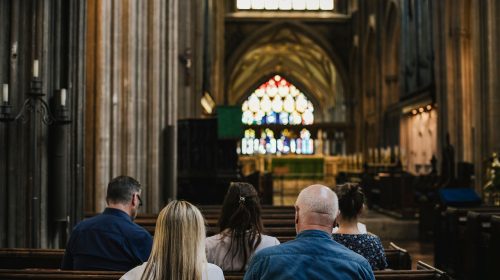 Church attendance in the United States is at an all-time low, according to a Gallup poll released in April 2019. This decline has not been a steady one. Indeed, over the last 20 years, church attendance has fallen by 20 percent. This might not sound like cause for concern off the bat. And if you’re not a person of faith, you might rightly wonder why you would care about such a thing.

Church attendance is simply a measure of something deeper: social cohesion. It’s worth noting that the religions with the highest rate of attendance according to Pew Forum have almost notoriously high levels of social cohesion: Latter-Day Saints, Jehovah’s Witnesses, Evangelical Protestants, and historically black churches top the list.

There’s also the question of religious donations. Religious giving has declined by 50 percent since 1990, according to a 2016 article in the New York Times. This means people who previously used religious services to make ends meet now either have to go without or receive funding from the government. This, in turn, strengthens the central power of the state.

It is our position that civil society – those elements of society which exist independently of big government and big business – are essential to a functioning and free society. What’s more, these institutions are in rapid decline in the United States, and have been for over 50 years.

Such a breakdown is a prelude to tyranny, and has been facilitated in part (either wittingly or unwittingly) by government policies favoring deindustrialization, financialization and centralization of the economy as well as the welfare state. The historical roots of this breakdown are explored below, along with what concerned citizens can do to mitigate its impact on their loved ones.