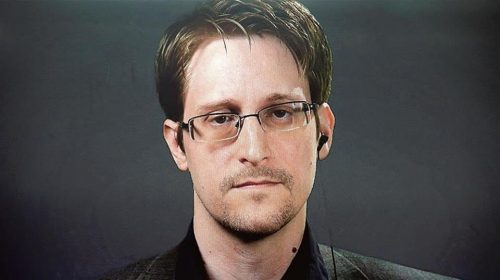 I can’t in good conscience allow the U.S. government to destroy privacy, Internet freedom, and basic liberties for people around the world with this massive surveillance machine they’re secretly building… the NSA specifically targets the communications of everyone. It ingests them by default… they are intent on making every conversation and every form of behavior in the world known to them.

Edward Snowden might not yet be a historical figure, but he certainly is a hero. He is the whistleblower of all whistleblowers, the American who blew the lid off of Washington’s spying on private citizens. But Snowden’s leak revealed that it’s not just the U.S. government that is spying on virtually every American – big American telecommunications companies are also helping them to spy as well.

Snowden’s upbringing is largely uneventful. His maternal grandfather was a Coast Guard rear admiral and his father was also an officer in the Coast Guard. His mother was a U.S. District Court clerk. His parents divorced around the time that he would have graduated high school in 2001, but Snowden is a high school dropout. After a nine-month absence due to mononucleosis, he simply took the GED exam and then began taking community college classes. Despite a lack of a bachelor’s degree, he worked at a master’s online from the University of Liverpool.

Snowden had a keen interest in Japanese popular culture, and even worked for an anime company early on in his career.