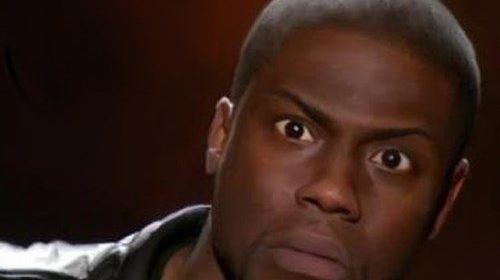 Okay, bear with me. I have no doubt what I’ve been thinking alot about lately is controversial, if not totally taboo. Alright so, growing up around all white people (Mormon Utah) meant my only experience with black people and black culture was through pop culture. Movies, TV shows, music videos, sporting events, et cetera, and I mostly saw black people calling each other and, well, everyone else, “nigga”, all the time.

They did it, do it, so smooth like, it just rolls off the tongue. My impression was that it was a very cool thing to do. Aside from movies like Glory and documentaries about slavery, black people were typically portrayed as always having a good time. They wore nice clothes and shoes, gave each other high fives, were great at sports and very athletic. Blackness was coolness.

Even in the hood, black people would have phat rides or stacks of bills or shiny pieces, selling drugs or turning tricks, and what not. It was all very different than what my life was about, and all very “badass”. Seriously, being black was/is just a very cool thing in my view. When I would encounter a black person, I just wanted to stop and observe, to see what they were like in real life, to absorb some of their cool. It was a bit of a novelty. My first trip to Chicago with my wife (then girlfriend), we drove through a black neighborhood on our way in and I had major culture shock. I just wanted to take it all in. To watch them playing basketball like I’d seen on TV, or to yell from their windows down to the street, or walk around with a boombox on their shoulder blasting something hip-hop.

My secret desire was to be accepted by them on a level where I could speak their language and say everything they said. To make jokes, and have laughs, and to call each other and others “nigga”. That was just so freaking cool to me. Of course, that could never happen. I was always told that word was forbidden, that it was incredibly racist to use it as a white person. Even thinking it was sinful.

Here’s the controversial part: what if white people said “nigga” as casually as black people? I must admit, I’m envious. They have a word that’s fun and smooth and I can’t have it. “Cracka” or “honky” just doesn’t have anywhere the same ring to it. I’ve told my kids they can say “beaner” and “spick” since they’re half-latino, but even those fall short on coolness and smoothness.

I’m a big believer in the idea that people give words their power. If “fuck” is said often by a three-year-old (which in my house, it is) then it loses its power. It’s just a fun thing to say, and when used non-playfully, it just doesn’t have as much bite. And isn’t that a good thing? Don’t we disarm pricks just a little bit by softening the meaning of the words they want to use against us?

Wouldn’t we disarm racist pricks by removing the power of racial slurs? Maybe if everyone used “nigga” as often and as playfully and casually as black people did, it wouldn’t have nearly as much bite as it does in the employ of racists. Am I wrong? “Fuck” has much less bite in our house than it used to due to our casual use of it. It’s still a bit low-brow, no doubt, but for those okay with low-brow language, it’s just a fun word. I can’t call my kids “little fuckers” out of anger like my father could, because it doesn’t mean the same thing. When my dad used it, I knew he meant business. When I use it, it takes the air out of my anger sails, so to speak. It’s ineffective.

Isn’t making “nigger” and “faggot” and “cunt” and every other slur ineffective the goal? If so, then isn’t everyone using them playfully the best way to do that?

Editor’s Break 079 has Skyler giving his commentary on the following topics: libertarianism and “people of color”; the benefits of being wealthy and how this either benefits or harms others; the essence of the ruling class; and more.

Editor’s Break 036 has Skyler thinking about the playful and non-hateful use of racial slurs like “nigger”, and the larger questions of free speech and what we’re teaching our children.