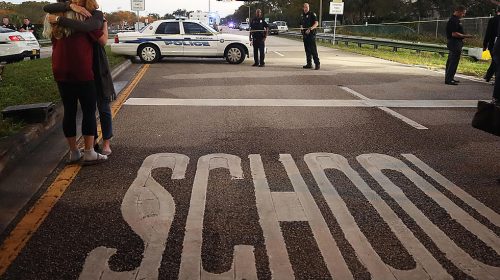 I want school shooters (and library shooters) to die.

Not by lethal injection or other types of ritual revenge, but in the act. Killed by an armed bystander. And I want it to happen every single time. I want them to die.

And not only them, but anyone who tries to murder. Regardless of whether they wear a hoodie or camo or a badge or a chicken suit. I want them to die.

I want them to die whether they are using a pistol, a rifle, a knife, a brick, a fist, a 2X4, or a “law” as their weapon of choice. If they attack anyone with the intent to cause serious harm or death, I want them to die.

I don’t care if they are killed while shooting at innocent people in a crowded place, or while kicking in the door of a home at 3 A.M. with guns drawn while looking for “drugs” with or without a warrant. I want them to die.

Anything that makes it less likely that they will be killed is something I can’t support.

Anything that makes it more likely that their victims can kill them and stop the attack is something I can probably support. I want them to die.

Those who advocate “gun control” are on the side of the murderers who I want to die. They are protecting the bad guys.

Viral Thuggery
COVID-19: Resist Much, Obey Little, and Never Forget
Failing in a Crisis – And All The Time
Don’t be Controlled by Government
Don’t Accept COVID-19 as an Excuse for Medical Assault
Government Likely to Make Itself Hero
Reopening isn’t Politicians’ Call
Freedom of Association
“We All Know” – Three Dangerous Words
Protesting the Protestors Who are Protesting Tyranny