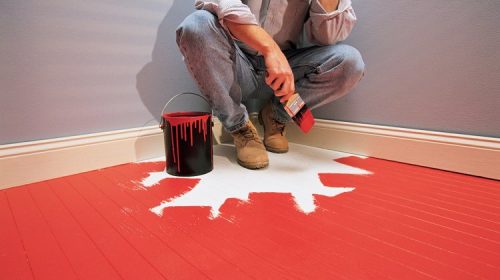 In Facebook discussions I sometimes find it amusing to let statists paint themselves into corners.

It’s easy for them to do, because statism is internally inconsistent and stupid. All I have to do is keep them talking, and that corner, surrounded by the paint they applied, with no way out, is where they’ll end up.

I just keep asking questions about their position, and leading them where they are already heading. I try to avoid saying anything too shocking, or anything that will scare them off.

OK, so maybe it’s not so much that I let them paint themselves into a corner, as I help them. I give them the paint and brush if necessary.

What is sad is how often they realize what is happening and go silent right at the end. Right before the fun part. I feel robbed because I don’t get to use my ultimate point when that happens. Such is life.

Yes, I have a mean streak. The ZAP helps keep it under control. 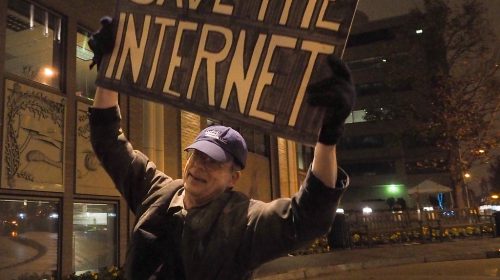 On July 12, a number of prominent companies joined in the “Internet-wide Day of Action to Save Net Neutrality.” Among them were GoDaddy, Namecheap, Google, and CloudFlare. All four companies issued pious statements about the dangerous possibility of Internet Service Providers cutting off access to perfectly legal content.

A little more than a month later, all four companies (and others) are themselves doing exactly what they warned us ISPs might do unless a “Net Neutrality” law forbade it: They’re cutting off access to perfectly legal content (yes,  neo-Nazi speech is legal in America).

Specifically, GoDaddy, Namecheap, and Google have canceled (and in Google’s case, stolen) legitimately purchased domain names for, and Cloudflare has cut-off DNS forwarding and DDOS protection services for, The Daily Stormer, a site connected with the “alt-right” and “white nationalist” groups of Charlottesville infamy.

This sudden turn of tech sector players has a Nazi analog, too: The Night of the Long Knives, a three-day purge in 1934, intended to eliminate threats to Hitler’s power from within his own party. The victims here are the companies’ customers.

What gives, guys? A month ago, you were promoting the message that stuff like this would  end the “free and open Internet.” Why is Net Neutrality sauce good for the geese (ISPs), but not for you ganders (other providers of Internet services)?

I personally oppose Net Neutrality laws because I prefer to let the market handle things and expect other service providers to fulfill the market demand these companies are refusing services to. I likewise support the companies’ right to decide with whom they will or will not do business, although, in my opinion, Google went a bridge too far by actually stealing a customer’s domain name.

But wow, the hypocrisy. “Net Neutrality for thee, but not for me.”

And where does this stuff stop? Rumor has it that Cloudflare has now cut off another customer, Ghostrunner.net. That site is a seller of perfectly legal gun parts and machine tools. I’ve been unable to confirm that it’s an ideological ban rather than, say a billing matter. But if it’s the former, then Cloudflare’s war on a “free and open Internet” is already escalating.

First, they came for The Daily Stormer. Is it possible that by 2020 the Internet will routinely “protect” us from “fake news” and only show us industry-approved “mainstream” political candidates?

As they like to say in the news biz, developing …