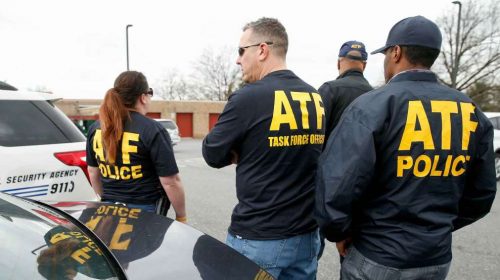 It’s unlikely that there is a single federal alphabet organization less popular among the readership of this website than the Bureau of Alcohol, Tobacco and Firearms. These are the people who gave us both the Siege at Ruby Ridge and the Siege of Waco. What’s more, they may well be engaged in an entirely unconstitutional exercise: monitoring and patrolling the gun ownership of law-abiding citizens.

There’s also a solid case to be made that the ATF is a rogue organization, the most corrupt of the federal alphabet agencies. This can be seen through a number of scandals beginning with Ruby Ridge, threading through the siege at Mount Carmel in Waco, and continuing to the notorious “Fast and Furious” scandal.

While firearms owners, weapons enthusiasts and Second Amendment advocates might have a special bone to pick with the ATF, we believe that all freedom-loving Americans should be concerned about the overreach, lawlessness and lack of accountability in this organization. Roman poet Juvenal once posed an important (and famous) question about powerful justice officers: “Quis custodiet ipsos custodies?” – Who is to guard the guardians?

All told, there are over 20,000 firearms laws and regulations on the books at the state and federal level. Many of these contradict each other or are written with a lot of room for interpretation. Gun owners and gun dealers are easy prey for a corrupt and lawless federal agency that wants to twist its arms outside the bounds of the law.

It’s also worth considering what overreach and lack of accountability other federal organizations are responsible for that we don’t know about, simply because they do not have the same spotlight on them as the ATF – a reminder that the scandals mentioned above are just the ones that we know about.

We recommend reading this article in concert with our other articles on the ATF: Waco, Ruby Ridge and Fast and Furious. Each of these contains familiar tropes with regard to the ATF: Entrapment, “lost” evidence, a total lack of accountability, aggressive policing tactics where discretion would probably have saved lives, and a vengeful manner of doing business.

Continue reading History of the ATF: How the Bureau of Alcohol, Tobacco & Firearms Became Corrupt & Abusive at Ammo.com.

Viral Thuggery
COVID-19: Resist Much, Obey Little, and Never Forget
Failing in a Crisis – And All The Time
Don’t be Controlled by Government
Don’t Accept COVID-19 as an Excuse for Medical Assault
Government Likely to Make Itself Hero
Freedom of Association
Protesting the Protestors Who are Protesting Tyranny
“We All Know” – Three Dangerous Words
The Cowardocracy