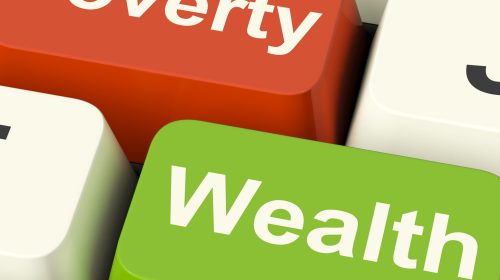 Perhaps the most unpopular opinion I hold is that—in spite of the myriad obstacles to success instigated by the state—success is still achievable by a significant percentage of the population (>95%) and poverty is a result of one’s own choices in a similar percentage of cases.

I am not suggesting that everyone’s idea of success necessarily requires financial wealth or that poverty (a lack of financial wealth) is always an undesirable state of existence. Some people do indeed choose to prioritize other goals above wealth, and that is certainly their right. I also acknowledge that there are some people (<5%) in any population who, due to severe disability or state maleficence (typically through the so-called “criminal justice system“), have limited or no ability to achieve financial success.

Caveats aside, my basic thesis is that greater than 95 percent of people are capable of and have the opportunity to achieve financial success, but that many (and even a majority) do not take advantage of their opportunities. There are numerous decisions, reasons, and alternative priorities that explain this phenomenon and the following are far from an exhaustive list.

It is not just rent either; today, the average cost for a gallon of gas in San Jose, CA, is $3.27 while in Houston, TX, it’s $1.93. Play with a Cost Of Living Calculator and observe the difference. Right now, the cost of living is 44.33% lower in Houston than in the San Francisco area and 56.82% lower than in the Manhattan area. Why do poor people stay in expensive cities?

What about finding a job? The lowest unemployment in the country right now is in the Ames, IA Metropolitan Statistical Area (MSA) at just 1.4 percent. That’s less than half the 3.6 percent unemployment rate in the New York MSA, and yet the cost of living in Ames, IA, is 59.19% lower than in Manhattan. If you are working full time earning $20 an hour (well above the minimum wage) in New York, you could move to Ames, IA, and take a job making $8.50 an hour and you would be better off ($8.17/hr. is the breakeven point.) Oh, and gas at Sam’s Club in Ames is going for $1.86 a gallon today.

So what is my point with all this information? My point is that if people would make smarter decisions—particularly about their education, when they have children, and where they live—they would have a far greater chance of achieving financial success. I’m not suggesting that it is always easy or that there are not obstacles to overcome, but I am suggesting that it is not nearly as difficult as some people claim. Poverty is not the fault of billionaires or of “greedy capitalists” or of some systemic injustice that keeps “po’ folks” down. Poverty is the natural and predictable result of ongoing poor choices, and until people realize this and start taking responsibility for their own culpability in their financial situations, we will continue to hear the growing chorus of complainers demanding political intervention to redistribute money from those who earned it to those who did not.

With few exceptions, it is fair to say that poor people make poor choices. 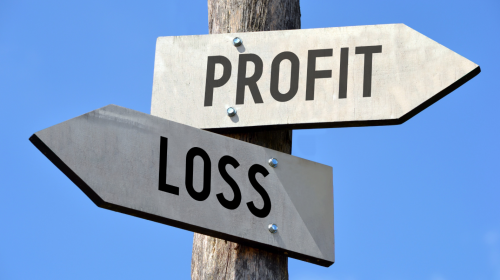 Among the numerous fallacies embraced by socialism, one of the most notable is completely ignoring the value of investment and risk. Socialists love to talk about the value of “labor” and how profit is made on the backs of “labor,” but they ignore the fundamentals of human nature and of how the market actually works.

Labor is paid first, before any profit is seen. Labor loses nothing when the factory burns down. Labor makes no investments and takes no risks, and therefore labor is not entitled to share in the reward. Labor makes a direct trade of time and skill for money. Beyond that, labor has no claim on the possible profits which a capitalist’s investment and risk may generate.

To be a laborer rather than a capitalist is a choice. It is a safe choice in which risk is traded for certainty and the possibility of profit is traded for the guarantee of wages. Most people are both laborers and capitalists. We engage in some direct trades of time and skill for money but we also make investments—be it in the stock market, bonds, cryptocurrencies, or even a loan (with interest) to a friend or neighbor.

The socialist would have “the state” take on all the risk of investment in industry, infrastructure, research and development, and all other such things and then selflessly distribute the profits it will theoretically generate to the people—the laborers—regardless of what role or lack thereof they played in the generation of said profits.

What could possibly go wrong?

Everything, as it turns out. Unlike capitalists, who regularly fail, go bankrupt, and lose everything, the state cannot afford to take such significant risks. The state lacks the motivation of the capitalist and so it recoils when faced with the same odds at which the capitalist would jump. Even if one ignores the corruption and inefficiency which are endemic to all states, the state is just too risk averse to make meaningful gains in any sectors where it has primacy.

Contrary to what you may have heard, socialism doesn’t “work on paper” any better than it works in practice. It just doesn’t work, period. Attempting to remove profit from human existence removes the motivation which drives humanity to improve itself. Even if socialism didn’t fail catastrophically (as it always has when put into practice), it would, at best, still lead to the devolution of mankind as productivity ground to a halt. That’s not a future anyone should advocate. 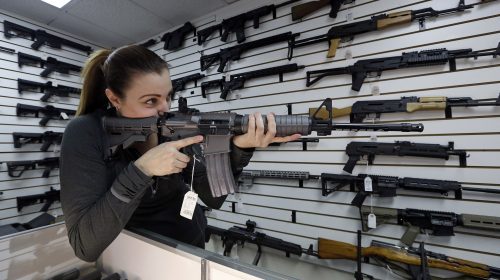 So when they get done taking away guns from felons, those accused of domestic violence, those with medical marijuana cards, those under age 21, and anyone who might possibly ever suffer from depression, do you really think that they won’t come after yours too? How stupid do you have to be to fall for this divide-and-conquer bullshit? 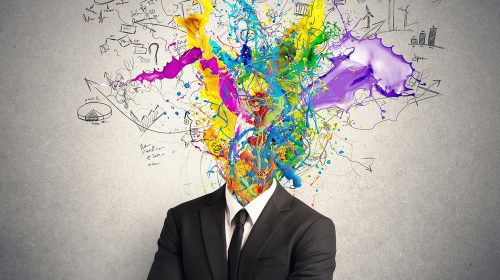 Those who clamor for excessive details on how a stateless society would operate have accepted the fallacy that good outcomes require central planning. While we can speculate endlessly about what private entities might arise in the aftermath of the state’s abolition, such speculation has little chance of accurately capturing the diversity and depth of an unbridled free market.

The fundamental evil of statism is coercion and, free of that anchor, billions of ideas and goals will be put to the test in a competitive yet voluntary laboratory. Freedom has unlimited potential! Removing the state from the equation will unleash that potential like never before in human history. 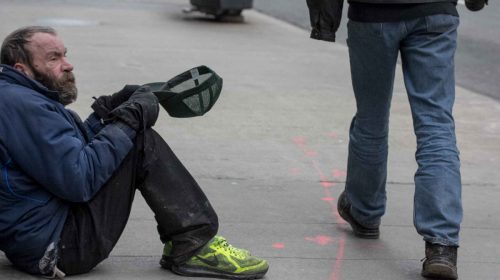 People like to say things such as “there shouldn’t be homeless people” or “no one should ever go hungry.” I actually disagree with these ideas and I know that many people will think I’m a horrible and heartless person, but let’s break down these concepts. Why is it that some people can’t afford things like food or housing? The simple answer is that every individual’s consumption is naturally limited by their ability and willingness to create value. Put another way, in order to obtain goods and services, one must be able to offer goods and services in trade.

Those who can’t or won’t offer goods and services in trade can’t reasonably expect to simply be given the things for which other people are willing to trade. It’s illogical. If I have an apple and two people want it, one of whom offers a pear in trade and the other who offers nothing, logic dictates that I should trade for the pear. Likewise, if two people want to stay in my guest room and one offers to do my yard work while the other offers nothing and instead requests breakfast in bed, the choice is an easy one.

Fundamentally, I disagree that there “shouldn’t be” people whose consumption is limited by their own inability to create value. On the contrary, those who have nothing to offer “should” (in a logical sense) receive nothing in exchange.

Now, this subject brings up the idea of charity, and charity is a voluntary choice through which an individual chooses to provide goods and services to someone for nothing or for less than their market value. This is a matter of personal preference and does not fall under the rubric of justice or fairness. I certainly do not condemn charity, but I also do not consider it morally obligatory. I would also argue that, in most cases, charity is not particularly logical. There are exceptions, of course, and charity might arguably have logical value as a type of insurance against rioting or some such thing, but for most people in most cases, charity is an emotional choice rather than a logical one.

So, yes, my no-doubt unpopular opinion is that some people actually “should” be homeless and go hungry. There is no inherent right to consume goods or services, and those who can not or will not engage in productive* activity do not deserve to be given those things which they can not voluntarily obtain.

* Productive activity is defined as activity which produces value to a prospective buyer or trading partner. Neither productivity nor value are inherent or objective qualities and are therefore subject to the market and to the demands of its participants. 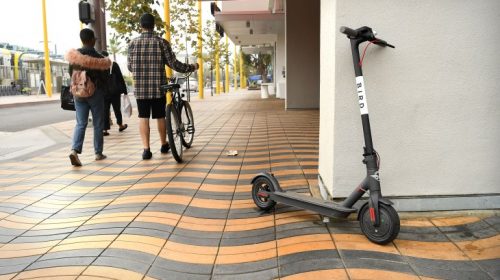 Cities across the country (including Meridian, Idaho) are getting their panties in a bunch over dockless scooters from companies such as Lime and Bird. Unsurprisingly, the cities want to control the scooters and the people who use them. This is stupid and unnecessary. These tiny, low-speed, low-power scooters (just 250 watts) should not be considered or regulated as vehicles. They should be regarded as “Pedestrian Assistive Technology” (albeit without requiring users to have any defined disability.)

There should be no requirements mandating drivers licenses, insurance, or helmets, nor should there be any age or sobriety limitations. The scooters should be allowed anywhere pedestrians are permitted such as sidewalks and along streets when sidewalks are unavailable. Let me reiterate that there should be no more regulation on these scooters than there should be on shoes (which is none.) Get the bureaucrats out of the way and let this new technology flourish free from interference by the state and its enforcers.

Viral Thuggery
COVID-19: Resist Much, Obey Little, and Never Forget
Failing in a Crisis – And All The Time
Don’t be Controlled by Government
Government Likely to Make Itself Hero
Freedom of Association
Protesting the Protestors Who are Protesting Tyranny
“We All Know” – Three Dangerous Words
The Cowardocracy
Congress Declares Itself Non-Essential