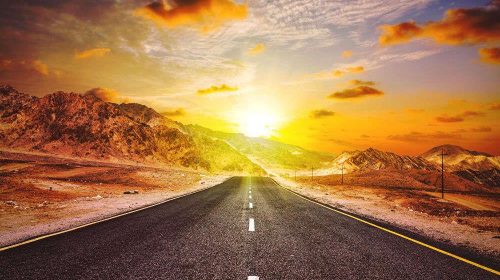 Always be on guard when someone offers to make something easy for you. Run like hell. They are stealing away an opportunity for growth.

Of course, they aren’t promising you something that isn’t real. The easy road does exist. Most everyone takes it.

Meanwhile the people who have worked hard at these things are laughing at the people who take the easy road. If you go the easy way, you (ironically) make the harder way easier for them. Savvy? There’s less competition at the top if you voluntarily stay at the bottom – which is where “the easy way” will take you.

If you (like me) would like to break the habit of taking the easy road, it helps to remember this. There’s something about feeling like a mark that puts a chip on your shoulder – and there’s no motivation like a shoulder-chip.

This blog post is likely futile. You must take the easy road and come to the end of it (or see someone else do the same) a number of times before you realize. But a bit more suspicion of the people inviting you to take it might be in order. They are probably not consciously malicious, but their invitation will cheat you out of something you ought to work toward. 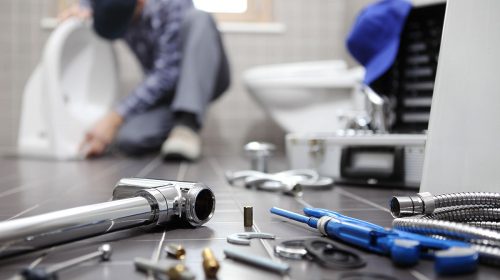 I recently listened to a fine episode of the Working Man podcast in which the interview made the good point that the trades are beneficial to help young men stop living so much in their imagination. They’re tactile, and they require presence.

His observation bore itself out for me today, as I spent much too much time scrolling through Twitter rather than starting my day productively. I felt depressed – and it wasn’t so much from thoughts of the ridiculous and tragic things happening in the wider society – but more from a feeling of listlessness about my own life.

Here’s what I gather from my experiences with moments like this:

If you are only thinking about your future, you will feel despair. You will continue to project out your current mode of behavior (in my case, sitting on Twitter) into the future and see what a bleak place it is. Thinking about how bad the world is, too, – while sitting on your butt – will only make you more depressed about the future of the world.

Thinking about the future – even some daydreaming – is fine and natural, but do it while you’re doing something to move forward into the future. This is the only way to keep imagination – which can tend toward darkness and anxiety or grandiosity – in check.

Your thoughts will find new channels – optimistic channels – in the work you are doing in that moment. They will take assurance from your actions. And your mind may still play tricks on you, but it will at least extrapolate out your better behavior rather than your stagnation. 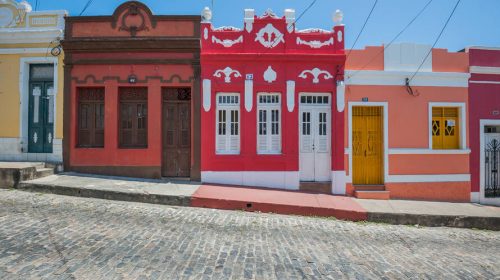 If you were born in America, you were gifted with quite a heritage: explorers, craftsmen, warriors, statesmen, sailors, writers, and artists from Henry David Thoreau and Thomas Jefferson to Meriwether Lewis and Thomas Edison.

Should you take pride in that heritage? (Set aside the bad heritage – and there is plenty of it – let’s talk about the good.)

A common rejoinder is that even the best of our heritage is not a reason to feel any pride. After all, we are not those men, and we did not do their great deeds.

This is true. It’s a good criticism, really. But in its oft-intended effect – to make us lose interest in our heritage (or to be more critical of it) it misses the mark.

We should not feel any personal pride for the inventions of Edison, for the writing of Thoreau, the explorations of Lewis, or the philosophy of Jefferson. We should instead feel our pride challenged. These guys should make us ashamed of ourselves – at least insofar as we are not living up to their standards of character and achievement.

See, this is what our remembrance of history and heritage should do for us. It should not be self-congratulatory, but self-examining and self-motivating. It is up to us to rise up to the best of the legacy given to us, and to exceed that legacy.

If this seems like a tall order, it is. But there is another gift of heritage. With its challenge comes also the strength to meet it. The blood of great men and women flows in our veins – either literally, in genetics, or metaphorically, through ideals and tradition. The heritage they left includes the strength to be better men and women ourselves. And that, insofar as we use it, may be something to be proud of. 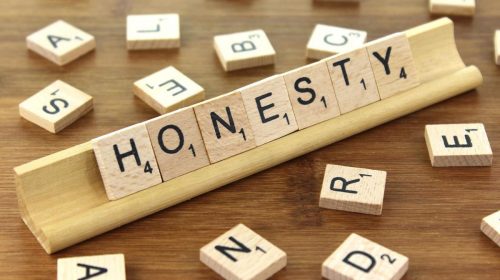 Man, I thought the culture wars were bad when I was a kid. It’s cliche to say now that people are more divided along political lines than ever, so I’ll spare you. You know it. And that divide is particularly evident when people try to communicate with each other.

There’s the name-calling and expletive-flinging and straw-manning and worst-case-assuming, of course. But there also appear to be two sets of “acceptable” facts/statistics/anecdotes on any given issue. And there is a great deal of distrust between the warring parties (the right and the left) about the validity of those facts. This precludes any progress beyond a discussion of the facts of a case into the actual meat of what to do about something. Police brutality, racism, immigration, abortion, gender, climate change – these are all heavily politicized subjects with heavily politicized media on both sides supporting opposite viewpoints. It becomes hard to believe any facts which seem to be embraced by the other side, so both sides are left with not just different conclusions, but different premises.

This dynamic is worsened with each and every “fake news” story, doctored or selectively edited video, and false accusation promulgated by one side against the other. Targeted half-truths and falsehoods don’t just distort our ability to act – they destroy any of the trust needed for an actual conversation. As we lose and lose more agreements on the base reality of an issue (and we lose confidence that our opponent is trustworthy), talking becomes less and less worthwhile.

It’s ironic. The more passionately opposed we become to each other, the better we feel about “bending the truth” just a little. Yet this bending of the truth is the thing that ultimately defeats any chance of “winning” an argument or coming to a compromise. Telling the truth to your opponents – even when it’s hard – becomes all the more important as disagreement reaches a fever pitch.

You can be rude, loud, trenchant, critical, and the conversation can still happen. Some people even respect a passionate opponent more. But if you are deceitful, you and your “facts” will gain a reputation for deceit. No one will listen to you, and you will be doomed.

People often talk about the responsibility of news readers to reject fake news. This is good. But it is just as much our responsibility to reject lies and corruptions of truth in our own words and lives. We are now the media (if CNN hasn’t made a news story out of one of your tweets, it’s only a matter of time), and we do have some control in what happens next. 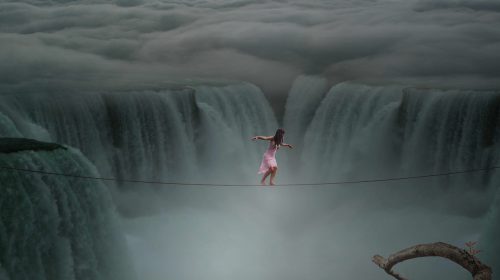 Oh, you’re anti-racism, hmm? You believe women should have equal rights? You’re against war? You think Nazis are bad?

But that belief (and repeating it on social media, etc) doesn’t make you a hero. Being “more enlightened” than your ancestors in these ways doesn’t actually make you smarter or wiser.

All of these beliefs are good, of course. But once a belief is mainstream (as these examples are), once it’s accepted, you don’t get to call yourself “good” for holding it. If you’re learning that belief in school, church, and home growing up, you can be sure that other people did the hard work for that belief.

Those people – the people who deserve credit for defeating segregationism or Nazism, for instance – lived before us, and they are gone or passing now. They deserve the credit, though I doubt they would accept as much as you do. They stood against evil when it was unpopular, psychologically uncomfortable, and physically dangerous to do so.

What made them so good was not just that they held the right beliefs when no one else did, but that they had virtue in concert with those beliefs. They spoke the truth courageously at risk to themselves, they put their lives on the line, and they even showed compassion to enemies. They were *good* in a way that requires much more than mental orthodoxy.

Virtue is much, much harder to acquire, and it will probably not bring you accolades when you first begin to follow it. But the feeling of growth and meaning from living virtuously is much realer than the feeling of pride in having better beliefs than your ancestors. 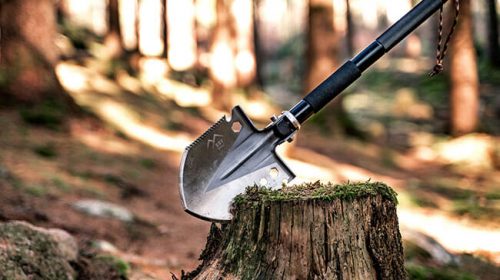 Back in May I spent a few days clearing brush with an older Hispanic man – someone far more experienced in the art of tree work than I. And every day before we started work and after we finished, he would take care of his tools.

I saw this every day and noticed a discipline and a level of care I still lack. This was a professionalism on the part of my coworker that I aspire to.

It’s easy to focus on getting the job done – I tend to be in this camp. I throw my energy, resources, and guts at a thing and worry about the mess later. But caring about the tools that get the job done – that’s a level up. And it’s an underrated aspect of success.

It’s also worth noting that just as acquiring customers is more costly than keeping them, acquiring tools is more costly than keeping your old ones in good shape. Our business has one tractor that’s nearly 40 years old, and it’s still in working order because of the discipline of maintenance. We could have flipped through two or three tractors if we hadn’t done that.

Finally, there’s a psychological edge to keeping tools in proper order that’s similar to the edge you might get from brushing your teeth, eating well, dressing well, and exercising in the morning. You feel more prepared for the work ahead when your tools are ready, and you feel a sense of pride that you have fought back the chaos in your world.

I’ll be trying to spend more of my time doing this in the weeks ahead: taking care of the things that take care of me.

The Dystopian Nightmare is Already Here
Back to School? “No Thanks” Say Millions of New Homeschooling Parents
5 Things I Learned Debating the Harvard Prof Who Called for a “Presumptive Ban” on Homeschooling
Cancel Culture Is Out of Control
Debunking the ‘Privilege’ Fallacy
Your Autonomous Zone
My Upcoming Debate with the Harvard Professor Who Wants a “Presumptive Ban” on Homeschooling
Setting People at Each Other’s Throats
On Socialism
Give Thanks to Fossil Fuels