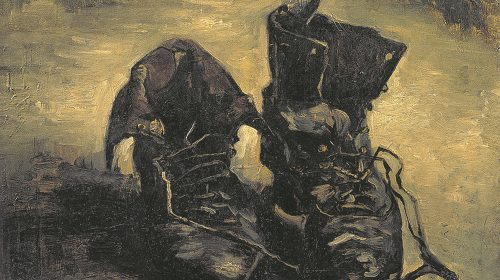 Libertarians are often strawmanned as uncaring assholes who think that all that is necessary for anyone, even the most unfortunate among us, to do to succeed in life is to pull themselves up by their own “bootstraps”. It’s simply not true that arguing against welfare statism is akin to being such an uncaring asshole. However, no matter how big and [supposedly] helpful the welfare state is, nobody will amount to anything nor will their lives be at all meaningful if they don’t at some point grab a hold of their bootstraps and pull. Learn this lesson early enough and you might just find that you had what takes within you all along. And that’s today’s two cents.

George Floyd did not find himself with a knee on his neck for almost 9 minutes because Derek Chauvin is a racist. No, he found himself being killed because Derek Chauvin, and his many cohorts, are authoritarians. A racist without (pseudo) authority is just an asshole. A racist with it is a paranoid, ill-trained, unfeeling killer. The worst part about the current prostests is the nearly total lack of understanding on why Derek Chauvin was anywhere near George Floyd, a person at the time not engaged in violence against anyone. Derek Chauvin may be a racist, but he’s definitely a True Believer in the civil religion of statism, and was obviously willing to kill for it. That sort of dangerous fundamentalism should not be tolerated by society writ large, but alas, it is. Too bad, and that’s today’s two cents. 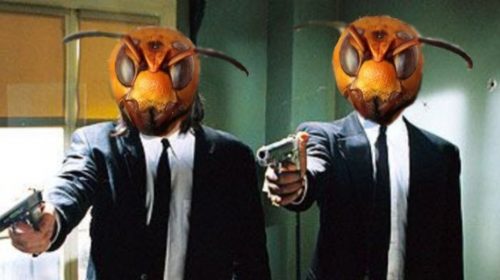 We have heard some doozies in the last three months.  And all sides have been manipulated.  We keep getting warned that we are being led by the nose rings to divide and dissent, but apparently that’s the one conspiracy theory we will not buy.

Take herd immunity.  When has that ever happened in a situation that ended a pandemic?  If herd immunity works, when can we expect the state to dissolve?  Isn’t statism a universal pandemic?  Aren’t state-run schools part of a rampant contagion?  Isn’t public debt sown with dragon’s teeth?

So now we begin to thrash around with ideas like bleach.  The salve of lost causes is bloodletting.

I hear that murder hornets are vanquished by disinfectants. 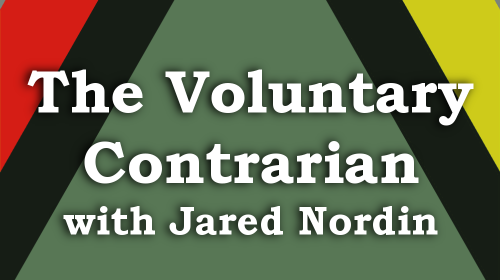 Episode 024: Join your host as he swims in the cesspool of social media and discusses science deniers, armed protesters, and the difference between Libertarianism and Voluntaryism.

Subscribe via RSS here, or in any podcast app by searching for “voluntary contrarian”. Support the podcast at Patreon.com/evc or PayPal.me/everythingvoluntary. 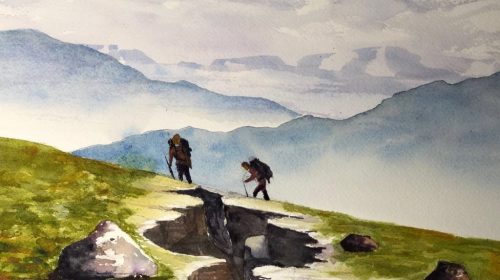 Our society has a sickness. No, not COVID-19, but a lack of real authority. I’m not talking about the chattering heads in State and national capitals, the authoritarians. Those people won a popularity contest by making impossible promises and emotional pleas with a complete disregard for economics and ethics. I’m talking about the authority that comes from experience and wisdom. Leaders, the kind that have earned their station by consistently demonstrating to others the ability to do what’s right and needed in the face of serious challenges to both the protection of life and the preservation of liberty, not rulers, are totally absent in our society at this crucial time. I think that people are only spreading misinformation on the one hand and propaganda on the other because they recognize that the people who call themselves “the authorities” are totally false. They haven’t earned it the only way it can be earned, and so our society’s prognosis is possibly quite grave. Statism has that effect. And that’s today’s two cents. 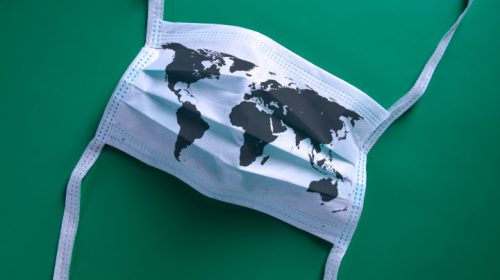 Some whiny statists are complaining that not everyone is embracing the measures being imposed by government to “deal with” the coronapocalypse. It is claimed that they are endangering lives by “downplaying” the risk.

No, they are not endangering society, nor will they be the cause of millions (or even dozens) of extra deaths. People who are “downplaying” coronavirus are serving an important purpose. Besides disarming the panic-bomb, I mean.

What they are doing is acting as a drag chute to slow down runaway government overreach.

Those who object to the “downplayers” aren’t adequately (or even minimally) considering the costs of government intervention. You’ve seen this happen in other topics as well, such as with AGCC/”climate change”.

Government-supremacists are pushing the narrative that not taking the actions government promotes will cause deaths, but are ignoring the deaths which will result from doing the wrong thing, or even too much of the “right thing”. They are not considering the costs and benefits of both courses.

Maybe doing nothing about COVID 19 would kill more people. Of course, you have the option of doing everything you ought to do without government mandating anything. Doing something doesn’t require anything being done by government. That is a bad assumption to make. But, I will concede that ignoring the problem would probably result in some unnecessary deaths.

Damaging the economy– as government is actively doing– will also kill people. For certain. It may, in the long run, kill more people than the coronavirus would have even if no one had done anything about it– but we don’t know. We won’t know. There is no way to know because you can’t rewind history and change what was done.

Yes, some people caution against comparing how many deaths are resulting now and comparing that to the total deaths in previous plagues after they were over. That makes sense. However, you can compare death rates in the midst of the event– which is something government-supremacists don’t seem to like for anyone to do. It gets in the way of the narrative they prefer.

This is why we need brakes on the speeding car of statism. Those who “downplay” the danger are those brakes. They complete the costs vs. benefits big picture for the situation. Without them you only get one side, advocating only one path. Objecting to the balance they provide is not productive or smart.

Don’t Accept COVID-19 as an Excuse for Medical Assault
Time to Stop Messing Around and Strike at the Root of Police Violence
Reopening isn’t Politicians’ Call
Debunking the ‘Privilege’ Fallacy
Your Autonomous Zone
Free Minds Avoid Movements
On Police Brutality II
Bubble-Wrapped Americans: How the U.S. Became Obsessed with Physical and Emotional Safety
The Coronavirus Trolley Problem
No Idea What Government Good For