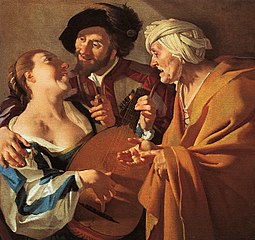 I was recently thinking about why prostitution is illegal. As a libertarian I think that it should be legal, as an extension of people’s absolute right to own their own bodies. But many Americans disagree. If there is a rational, persuasive argument against the legalization of prostitutes (or “sex workers,” as they should be called) it is that a need for money would coerce poor women into becoming sex workers and selling their bodies. Poor women who need money to buy food and pay bills would feel economic pressure to become sex workers, this argument goes, so we need to protect them from coercion by denying them the opportunity to sell their bodies.