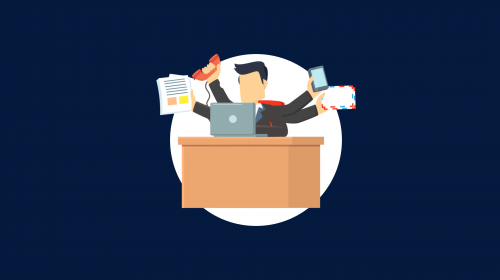 Isn’t it odd when someone known for erratic behavior erratically does something with which an observer agrees, suddenly that erratic behavior becomes the mark of “stable genius?”  On the other hand, the action becomes betrayal.  Check out Senator Lindsey Graham, for instance.

Well the bad news is that there has never been a POTUS who was not a consistent warmonger.  The very nature of the office demands it.  There have been 45 warmongers, but some worse than others.  The good news is that the office of POTUS is on a path of self-destruction.  The path of civilization leads from authoritarianism toward laissez-faire.  A human being, a social animal of breadth and depth, does not need to relegate choice and responsibility to a fictional leader. 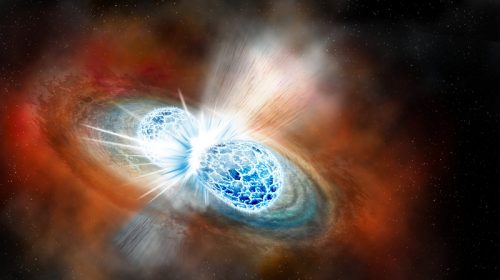 Rights, as I have pointed out, are a (human) mental construct. As are ethics, liberty, freedom, and so many other ideas.

However, those who use this fact as an excuse to violate people forget that they are usually relying on another mental construct: the State (what most people mean when they use the word “government”). You can’t justify allowing your mental construct to crush and enslave people by saying their rights are nothing but a mental construct.

Rights (and ethics and liberty) are positive mental constructs. Acting as though these things have physical reality, even though they don’t, is good for individuals and thus good for society. In fact, civilization isn’t really possible without at least most people respecting each other’s rights most of the time. A functioning society would be otherwise impossible.

All mental constructs are not created equal.

Instead of saying that rights are a mental construct, some people just say there’s no such thing as a right. That they are imaginary. When someone makes the claim that rights are imaginary, I’m OK with that, too. If there’s no such thing as a right, then no one can have the right to govern– to rule– other people in any way. They would be nothing more than a bully, relying on the most dangerous superstition for their power.

There’s also no reasonable way to pretend that the mental construct of rights is created or granted by another mental construct. This is the claim being made when saying that rights come from government. That’s magical thinking.

You can’t have it both ways. Since both concepts exist as mental constructs, I’ll choose to favor the positive one and reject the negative one. You may choose differently, but that would be your choice. I would appreciate you explaining your reasons in that case. 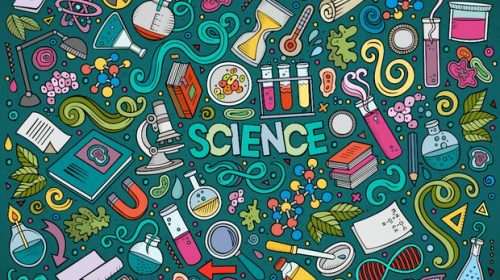 Science (or discovery) is not a knowledge set.  The Online Etymology Dictionary contains at least one reference to the Greek skhizein “to split, rend, cleave.”  A software engineering colleague said that all knowledge pursuit was either splitting or clumping of previously discovered things.  This means doing it now, more splitting and clumping — a process.  The object of the process is to make educated guesses toward future probabilities, and that those educated guesses will still, in an ongoing fashion, be the subject of splitting and clumping.  A knowledge set produced by science is a transitory thing — a mass that is soon to be split and re-clumped.  If science could not do this, we would be without several innovations of today, like the plate tectonics theories which underlie most modern geological thought, and, for further example, we would be without smartphones — 1940s and 1950s scientists might have assumed that vacuum tubes were a constant in digital processing.

Unfortunately, we often stop reading the etymology when we see the Latin scientia “knowledge, a knowing; expertness,” which, also unfortunately, implies a mastery over known information.  As if Latin were a refinement of Greek.  To me, Greek civilization was of discovery, while Roman civilization was derivative — eg the Greeks named the (fictive?) gods and their purviews, whereas the Romans only renamed those same gods.

Today, we need to return to the original meaning of science, an unceasing breaking apart and rebuilding. a continual questioning and re-synthesis of concepts.  Science is a guessing game, one impeded by conclusion, not impeded by inquiry.  Why do we want final answers when only clever new answers which spin off new inquiry will get us further down the evolutionary road?  That other fork is a cul-de-sac, a deadly one. 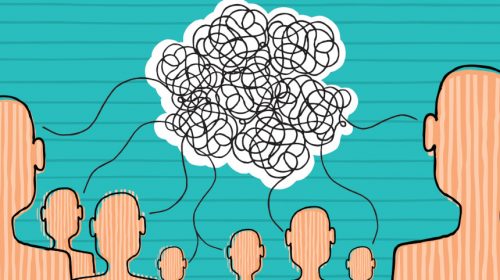 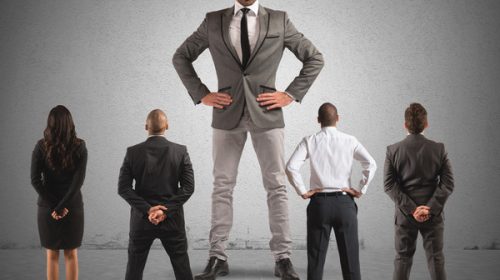 Do the rich dominate our society?

In one sense, they obviously do.  Rich people run most of the business world, own most of the wealth, and are vastly more likely to be powerful politicians.

In another sense, however, the rich aren’t dominant at all.  If you get in public and loudly say, “Rich people are great.  We owe them everything.  They deserve every penny they’ve got – and more.  People who criticize the rich are just jealous failures,” almost everyone will recoil in horror.

Do males dominate our society?

In one sense, they obviously do.  Males run most of the business world, hold most of the top political offices, hold a supermajority of the most prestigious jobs, and make a lot more money on average.

In another sense, however, males aren’t dominant at all.  If you get in public and loudly say, “Males are the superior sex.  We owe them everything.  We need to protect males from women’s emotional abuse and financial exploitation, and show them the great deference they deserve,” almost everyone will recoil in horror.

Do whites dominate our society?

In one sense, they obviously do.  Whites run most of the business world, hold most of the top political offices, hold a clear majority of the most prestigious jobs, and earn above-average incomes.

In another sense, however, whites aren’t dominant at all.  If you get in public and loudly say, “Whites have built Western civilization, the glory of the modern world.  Almost everything good in the modern world builds on white Europeans’ efforts.  The people of the world need to acknowledge how much they owe to the white race, and apologize for their many insults fueled by their own sense of inferiority,” almost everyone will recoil in horror.

Due to the endowment effect, moreover, both sides get angry when the other intrudes on “their” territory.  Thus, even though leftists have a near-stranglehold over research universities, the rare academic center that promotes free markets or social conservatism blinds them with rage.  99% rhetorical dominance?  We’re supposed to have 100% rhetorical dominance!  Conservatives have a similar, though less hyperbolic, reaction when business adopts liberal causes.  “Sensitivity training?!  Give me a break.”

The dream of both movements, naturally, is to hold all the dominances.  The conservative dream is a world where they consolidate their lead in the world of business and take over the whole culture.  The liberal dream is a world where they purge the last vestiges of conservative culture and bring business and the rich to their knees.  (The latter rarely means outright expropriation; I think even America’s far left would be satisfied if they could sharply increase regulation and regulation – and hear business and the rich repeatedly shout, “Thank you, may I have another?”)

When you put it this way, of course, both dreams sound like nightmares.  Neither liberals nor conservatives even dimly internalize Spiderman’s principle that “With great power comes great responsibility.” Both are epistemically vicious to the core, so habitually drunk with emotion they don’t even know what sober rationality looks like.  Frankly, I’d like to see both of these secular religions fade away like Norse mythology.  Since that’s unlikely to happen, however, I’m grateful to live in a world with an uneasy balance of power.  Or to be more precise, an uneasy balance of dominance. 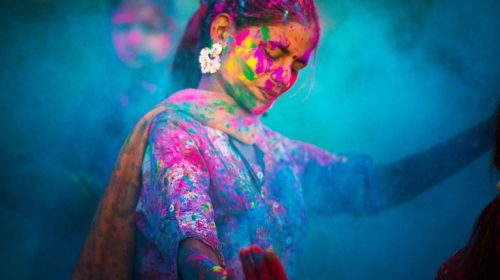 As individuals, people experience consciousness (identity, intelligence, soul, conscience), develop character (will, agency, behavioral patterns, habits), and demonstrate preferences of style (taste). Biological traits and tendencies both enable and limit perceptions and abilities, but all people have the ability (and unavoidable responsibility) to shape their character and develop to their potential.

Culture is about much more than just style. Style is a very visible part of culture, but it is also comparably superficial and inconsequential. Style differences rarely cause significant conflict (except, perhaps between significantly shallow people). On the other hand, differences in things like ethics, rules, and behavioral patterns are at the heart of very serious conflicts, indeed. In fact, many conflicts that on the surface appear to be motivated by ethnic identity, political ideology, or religious affiliation are fundamentally cultural.

But understanding culture is not just about conflict; it’s also about the progress of civilizations and quality of life for people everywhere. Key adjustments in culture can have profound effects on group dynamics and future generations.

The word “culture” comes from the latin cultura referring to the care, development, and protection required to develop something, as in “cultivation” and “agriculture”. The weeds and rocks have to go and the soil has to be prepared in order for precious seeds to be carefully planted and become a beautiful garden that bears fruit and is worth preserving.

In other words, a culture must be both conservative and progressive in order to develop. That is, its members must conserve positive elements while also abandoning negative ones and adopting additional positive ones. All cultures should embrace the best practices of other cultures while conserving and promoting their own.

Cultural decline is marked by the abandonment of such elements and their replacement with corrupt and perverse ones.