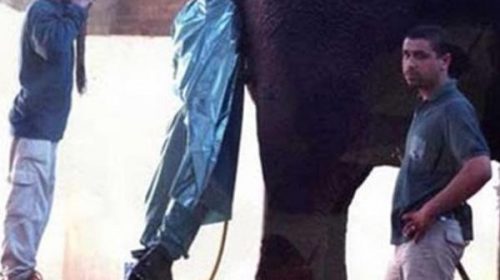 Like everything statist, neither the democratic party nor the republican party will die.  Each will just limp along as bureaucratic place holders for the selection of the worst candidates possible.  Each will be loudspeaker trucks for the worst backers with the most money.

I read this morning that an alleged Nazi sympathizer won a primary in Chicagoland.  He was unopposed.  One of the parties decided to let this individual represent their position — either they condoned his views or they could not stop him!  Either explanation leads to a conclusion that the party is weak and useless.  They will accept any alternative as long as the candidate will cooperate with the party line.  But!  What is the party line?

Disclaimer:  this is not a partisan complaint.  Both parties are the walking dead.  They just don’t have the sense of decency to dissolve.

“Red Flag” Laws Violate Human Rights
It’s Not Just Trump Supporters: Politics is a Pile of Shared Psychoses
Yale Study: Vast Majority of High Schoolers Unhappy at School
State of the Union: No, Nick, Your Children Owe Nothing
“Our Government” is a Lie
Fake Credentials
A Loophole for the Lawless: “Qualified Immunity” Must Go
We Don’t Recognize the World’s Justice
“We” Should Not Regulate Homeschooling
When Did We Become Socialists?