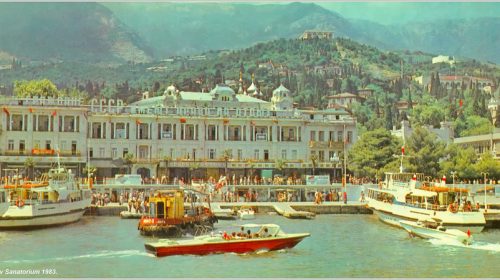 A man of many talents, Charles Mee was also a historian.  He took on the formidable task of identifying 7 of the more important crossroads in human affairs.  He believed that Yalta was one of those most salient events.  It was because of this book that I first took an interest in researching and spotlighting the Yalta Conference as a disaster of statism.  Although I may quibble that there were “great men” at Yalta, I unreservedly recommend this book to your attention.

Catalunya!  How dare such a region express its independence! 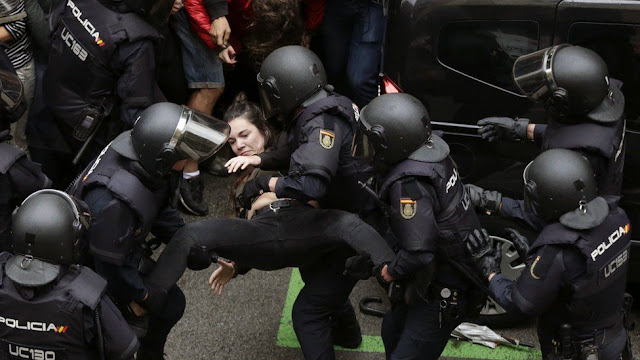 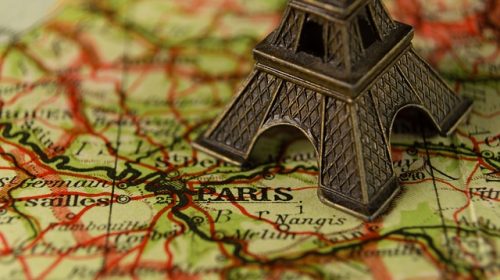 I just returned from a month in France.  I stand by everything I said during my last visit in 2008, but have plenty to add:

1. The biggest change is the ubiquitous police and military presence.  Teams of militarized police and policified military patrol every tourist site and every public function, plus numerous random locations.  It wasn’t just Paris; even small cities like Bayeaux were on guard.  I’ve never seen anything like this in the United States, even on September 12, 2001.

2. France’s massive effort still looks like security theater to me.  None of the major terrorist attacks of recent years targeted high-profile locations, and endless unguarded targets remain.  Any fanatic who can drive could kill dozens of people with ease.  So why isn’t it happening every day?  Because suicidal fundamentalists are thankfully very very rare.

3. The behavioral economics of crime inspires some lingering doubt.  If ordinary people can be fooled by security theater, could would-be terrorists be fooled as well?  But given recent high-profile vehicular attacks, I can’t take my lingering doubt seriously.  Terrorists may be dumb, but they’re not that dumb.

4. This visit, I noticed many more biracial French families – about 90% of them black-white pairings.  This wasn’t just Paris; I saw the same pattern even in small towns in Normandy and Brittany.  Overall, French blacks seem markedly more assimilated than American blacks.  If they had a distinctive accent, I couldn’t detect it.

5. On my earlier visits to France, their grocery stores seemed to have markedly higher-quality food than in the U.S.  At least in the D.C. area, however, I’d said that France has actually fallen behind the U.S.  During an entire month in France, we never found bread better than what my neighborhood Wegmans sells every day.  Quality pastries and cheese are definitely cheaper in France (though even that partly reflected the strong U.S. dollar), but the best U.S. grocery chains have leapfrogged over their French counterparts.

6. What I’d call France’s “convenience gap” doesn’t seem to have narrowed at all.  You don’t have to look any further than a French hotel bathroom.  Most showers lack soapdishes.  Half of the toilets have seats so flimsy they wobble or fall off.  The median amount of counter space is under one square foot.  So many minor annoyances could be fixed for a few Euros, but they haven’t been fixed.

7. I spent fifteen days teaching high school students the John Locke Institute’s Summer School.  The students – most from British boarding schools – were brilliant and enthusiastic.  Many of the students from British boarding schools were not actually British, but even the Nigerians, Spaniards, and Romanians seemed fully Anglified.  The biggest surprise: The students accepted one-on-one face-to-face essay feedback with good humor.  If they were American, I think many would have been on the verge of tears.  In strange contrast, the British students were visibly nervous during their mock interviews.  Weird.

8. I taught at two separate sessions of the summer school on a wide range of topics, including open borders.  The first group of students seemed to take cultural objections very seriously.  The second group barely mentioned culture; their most common objections revolved around brain drain.  Random variation?  Group dynamics?

9. I also lectured on my case against education.  As usual with lay audiences, almost no one questioned the descriptive accuracy of the signaling model of education.  Instead, students’ modal objection was distributional: Whatever the efficiency gains of budget cuts and vocationalism, the poor would lose out.

10. I met an American student whose family probably surprised World War II thanks to the heroic Japanese non-conformist Chuine Sugihara.  If you don’t know Sugihara’s story, you should.