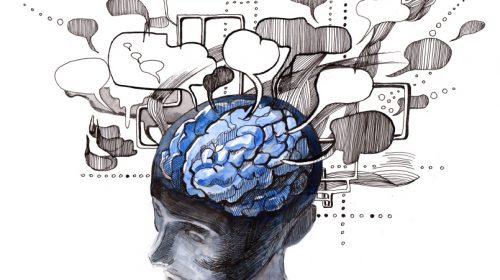 Medical pioneers like Edward Jenner and Louis Pasteur discovered that many infectious diseases, like small pox and rabies, could be combated by essentially injecting controlled quantities of those same diseases into people’s bodies and allowing their immune systems to naturally build up a resistance strong enough to combat the real disease should they ever be exposed to it.

As crazy as that hypothesis might have sounded a couple of centuries ago, vaccines have proved themselves incredibly effective in the prevention and even eradication of many terrible diseases.

Bad diseases that affect the body can kill an extraordinary amount of people. From the bubonic plague to smallpox to polio, diseases have maimed and killed millions of people. Fortunately, modern medicine, including vaccines, have generally eradicated many of the most crippling, contagious and deadly diseases that have unrelentingly plagued humankind throughout history.

As bad as the worst diseases to have plagued humankind have been, there is something that is far more vicious, cruel, savage, monstrous and deadly than a bad disease: A bad idea.

Most of us have an aversion toward bad ideas not unlike the aversion we have toward bad diseases and that is, to a certain extent, reasonable and healthy. However, this aversion begins to become unreasonable and dangerous when the fear of ideas leads people to completely shield themselves from exposure to any idea subjectively deemed as new, bad, taboo or outside the constantly shrinking Overton Window.

Things like safe spaces and trigger warnings have spread through university campuses like wildfire, or more appropriately, like infectious diseases. Microaggressions, and speech in general, are often equated with literal violence. An outside observer of a modern university campus in the West might think that exposure to ideas is akin to being literally tortured or raped. The discussion of an increasingly large number of ideas is feared and even abhorred by a very vocal segment of university students and even faculty.

Any action or idea that falls outside the Overton Window, as constructed by the Social Justice Glaziers, is immediately met, not with argument, but with inarticulate screeching, befuddled chanting, random noise-making, and even violence.

Infectious diseases can spread quickly through an unvaccinated or otherwise uninoculated population, resulting in the suffering and death of many. The vaccine of bad ideas is free speech. It is argument, discussion and rational, independent thought. When free speech is tabooed and independent thought is replaced with Orwellian Groupthink, individuals cannot learn to deal with new, different, and often bad ideas. They will grow up with weakened mental immune systems, unequipped to deal with, or even recognize, the real-life bad ideas that exist outside of the classroom, the truly monstrous and grotesque ideas have caused, and likely will cause again, the brutal suffering, unimaginable anguish and ultimate death of hundreds of millions of people.

Hopefully, the dread of being exposed to different ideas will not lead to an entire generation of communally unvaccinated minds, incapable of recognizing and dealing with ideas that go far beyond simply causing cerebral discomfort. As a species, we may not survive another 20th Century-esque outbreak of truly terrible ideas.