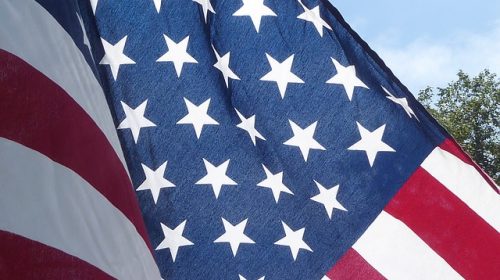 The flag is a representation of the tribe, for progressives and conservatives. Progressives want to fundamentally change the tribe into a utopian Marxist ideal, and therefore, they shit on the tribe in order to make people hate the values that aren’t their utopian bullshit. Conservatives believe that the tribe is responsible for the positive aspects we have in our life today. Ergo, people who disrespect the flag are people who lack any appreciation for the positive aspects of their life. It would seem crazy to a conservative to shit so thoroughly on a tribe, while not just moving away from the tribe.

What is important to see is that the whole left/right political spectrum views the flag as an appropriate representation of our values, culture, economy, etc., not just the US government. Left wingers often want to shit on the culture, values and economy, while conservatives desire to show appreciation.

Conservatives’ appreciation of the flag is the same fundamental logical error as the left wing ‘disrespect’ of the flag. Both of them are viewing it as an accurate representation of the cultures and values. This is why I never side with the left wing on these sorts of issues. They have the exact same, wrong ideas about the flag, it’s representation and everything else.

Libertarians/ancaps view this issue psychologically different. They generally don’t view the culture, the values within this geographical area, the shared language or anything else as “our tribe.” We see this as a bunch of people with their own individual interests and our tribes are our ideological allies and our close associates. We don’t feel akin to people purely due to sharing a nation with them.

In some ways, I think shitting on the flag is worse than loving the flag. If you hate your tribe so much, choose a different tribe. Conservatives often make that argument (if you don’t love America, get out), and it is a valid argument when you do view the nation as a tribe. From a libertarianesk point of view, conservatives’ appreciation and arguments are nonsense … but we often don’t see that the left wing has the exact same premises in the debate. The left and the right are acknowledging the exact same mythology and false symbolism of the flag and of the tribe.

While there are plenty of logical arguments for flag appreciation, I believe they are wrong. They are built of problematic philosophical and psychological premises. However, flag worshippers and desecrators share the same philosophical premises … the desecrators just add on a victim mentality on top of it. (Of course, when a libertarian desecrates a flag, it is generally purely a statement about government or an expression of free speech and it has little or nothing to do with acknowledging the tribe in the aforementioned sense).