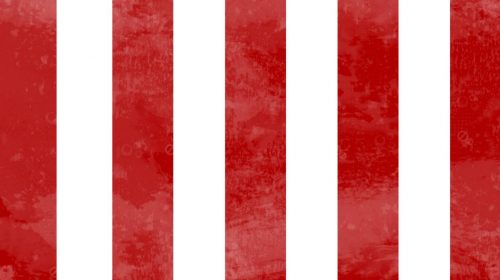 The origins of the Sons of Liberty flag go back to 1765, when a secretive group of patriots known as “the Loyal Nine” was formed – the group behind the original Boston Tea Party. The flag was then known as “the Rebellious Stripes” and it was banned by the British king, the highest endorsement the Crown could give.

The Sons of Liberty: “No Taxation Without Representation”

The Sons of Liberty were perhaps the most radical group of American patriots during the pre-Revolutionary period, but the true Sons of Liberty had a relatively short lifespan. They were formed in response to the Stamp Act of 1765 and disbanded when the Act was repealed. Still, the name lived on as a popular brand name for the biggest firebrands of the American Revolution.

Many of the members of the true Sons of Liberty are American legends who need no introduction. Samuel Adams. John Hancock. Patrick Henry. Paul Revere. Even Benedict Arnold counted himself among their number. It’s unclear whether the original Sons of Liberty were a clandestine organization with an official membership or just a rallying point for anyone who opposed the Stamp Act. Ultimately, it doesn’t matter. The unified identity of opposition to the Crown was the organization, whether it was official or not.

The motto of the Sons of Liberty was a simple phrase known to virtually every American: “No taxation without representation.” While its origins are largely shrouded in mystery and lacking firm documentation, many experts agree that, to the extent that it was an organization with members, it was founded by none other than famous rabble rouser Samuel Adams.

The Stamp Act of 1765 existed for the purpose of bankrolling British troops in the New World. Colonists resisted the Stamp Act not because the taxes themselves were intolerable, but because they believed their rights as British subjects were being violated by taxation without representation.

The first branch was founded in Boston in August 1765, followed by a satellite in New York in November of the same year. December saw communication between groups in Connecticut and New York. In January of 1766, Boston and New York linked up. By March, Providence was in communication with New Hampshire, Newport, and New York. Later that year in March, groups were set up in Maryland, New Jersey, and as far south as Virginia.

Continue reading The Sons of Liberty Flag: How a Group of American Patriots Led the Colonies to Rebellion at Ammo.com.