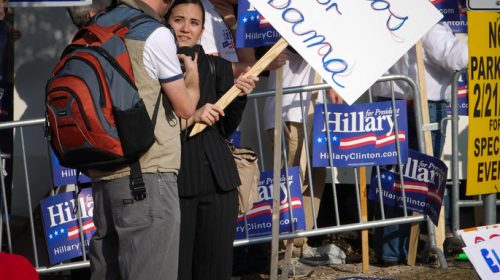 I’ve opposed nativist know-nothings for decades, for many reasons. Their theory of wall-building-as-panacea rests on many shifting assertions, including the belief that immigrants necessarily vote for more government, and/or necessarily vote Democrat.

Both parts of that theory have always seemed suspect to me. In addition, the last claim – that immigrants tend to vote Democrat – seems to be a self-fulfilling prophecy. When you spend a great deal of time advertising your dislike of immigrants, are they supposed to happily rush to endorse your pogrom, excuse me, program?

“Red Flag” Laws Violate Human Rights
It’s Not Just Trump Supporters: Politics is a Pile of Shared Psychoses
Yale Study: Vast Majority of High Schoolers Unhappy at School
State of the Union: No, Nick, Your Children Owe Nothing
“Our Government” is a Lie
A Loophole for the Lawless: “Qualified Immunity” Must Go
Fake Credentials
We Don’t Recognize the World’s Justice
“We” Should Not Regulate Homeschooling
On Wages