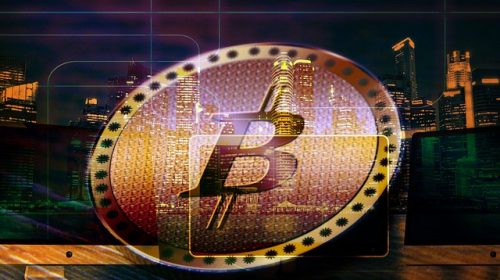 On March 10, 1876, a new invention sent an invisible electrical signal through a pair of copper wires. On the other end of those wires, the signal was converted to sound waves and Alexander Graham Bell’s assistant heard the now-famous words: “Watson – come here – I want to see you.”

Later that same year, across the Atlantic, the chief engineer at the British Post Office boldly claimed that “the Americans have need for the telephone, but we do not. We have plenty of messenger boys.”

Meanwhile, over in America, the President of the Western Union Telegraph Company asserted that “This ‘telephone’ has too many shortcomings to be seriously considered as a means of communication.”

Today, given the prominence of the telephone in our everyday lives, these assertions, made by some of the top executives and experts in the field of communication, seem remarkably absurd. And yet, at the time, they didn’t sound so ridiculous.

History is replete with entrepreneurs and inventors who have pushed the envelope of innovation and invention to the very edge of human imagination and maybe a little beyond. But new ways of doing things have a natural tendency to obfuscate the old ways of doing things and there are always individuals and groups that benefit from the status quo who are quick to dismiss, sometimes even condemn, new contraptions and revolutionary ideas.

The Birth of Bitcoin

On January 3, 2009, an anonymous developer known as Satoshi Nakamoto mined the first 50 bitcoin and created the Bitcoin Genesis Block. Since then, Bitcoin has provided the basic blueprint for hundreds of other currencies and platforms and has inspired the creation of an uncountable number of blockchain based solutions to real-world problems.

But what is Bitcoin and why would I have the audacity to compare it to something as revolutionary as the telephone?

In short, Bitcoin uses public-key cryptography to create a decentralized, permissionless, publicly-viewable blockchain that serves as an immutable ledger, keeping track of who owns bitcoin and how much, all without a central, governing authority.

While this sounds complicated (and it is), don’t worry. Knowing cryptography and understanding the details of how a blockchain works are not necessary prerequisites to use and benefit from the technology any more than one needs to know how a combustion engine works in order to drive a car or how TCP/IP works in order to use the internet.

Why Bitcoin? Why Now?

But what use does the world have for a new type of digital money when we already perform near-instantaneous digital transactions with dollars, euros and yuan via PayPal, Visa and other financial institutions?

There are many reasons, including the desire of some people for increased privacy and anonymity in their transactions, more autonomous control over their own digital assets and the obsolescence of the need for third parties to provide the necessary trust factor between two parties in order to perform a transaction. These are all great reasons why so many people view cryptocurrencies as superior to government-issued, fiat currencies. But there is another reason; one that I think is the most important.

Much of human history has been dominated by powerful, centralized governments who have been responsible for hundreds of millions of deaths through democide and war in the last century alone. Most of these deaths were made possible by governments’ ability to finance killing on an immense scale by monopolizing the supply of money, printing massive amounts of it and declaring by fiat that their citizens had to use it, or else…

That system, that grotesquely bloated machine, incessantly spinning its morbid motor of merciless monstrosity, is thankfully coming to an end.

The Dawn of a New Era

The decentralization and democratization of money and banking through cryptocurrencies and platforms like Bitcoin, Litecoin, Ethereum and Dash threaten the very foundation that makes possible large-scale murder, draconian limitations on international trade and heavy government regulations on markets across the globe that cause so much destruction of the achievements of yesterday, while simultaneously obstructing the progress of tomorrow.

The proverbial shots have been fired and a bloodless coup d’état, of sorts, led by internet nerds, hackers, libertarians, entrepreneurs and outright geniuses is underway.

Revolutions do not typically happen overnight, especially one so bold as to question the necessity of a motor as powerful as centralized banking coupled with seemingly limitless government power. But that motor will stop, and a new one, powered by voluntarism, peer-to-peer, decentralized relationships and a greater measure of freedom will take its place.

In the future, whether it be ten, twenty, fifty or a hundred years from now, people will look back on the cryptocurrency naysayers of today with the same incredulity that we now have when we look back at the telephone cynics of 1876.