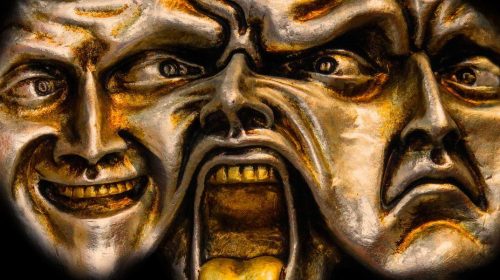 Think of the most exciting possible inventions and discoveries you can imagine.

If you poke around YouTube or podcasts or badly designed websites, you’ll find people working on them. Devoting years to research and experimentation. You’ll notice their passion and conviction. But you’ll also notice something else: most of them are kinda crazy. Whether or not they are discovering anything true, you suspect they would be the last people on earth capable of bringing their idea to market or even credibly explaining it outside their niche circles.

But if you poke around places full of high achieving people with sharp minds, big vision, and lots of ability, you won’t hear them say stuff like, “I’m working on faster than light travel. I think the current model of physics is all wrong, and I suspect it’s possible so I want to prove it.”

Most of the best, most respected minds seem to be employed on the more mundane stuff. Sure, they’re doing cool valuable stuff (except when they go into politics), but how often does it question the most fundemental assumptions?

We know so very little about reality. We don’t even know what we don’t know, or whether what we know is actually true. And the most fundamental stuff – the nature and origin of the universe, our planet, our species, the basic rules of the physical strata, consciousness, death and beyond – is the stuff most of us spend the least time on.

Except the crazy people. They live there.

Part of the crazy label comes because they are working on this stuff. To examine widely accepted beliefs is often considered crazy. Part of the label is because most of the time these people are crazy. So it feeds itself. People who don’t know how to be normal are more likely to go into crazy stuff because they have less to lose. The more they do, the more the belief that “only crazy people study that” is re-enforced and better minds are repelled.

I’m not trying to place blame or cast judgement. I’m trying to understand this phenomenon. It’s the same thing that causes most conversations with neighbors and acquaintances to be so boring. Most of us – myself included – are not willing to dive into crazy stuff most of the time. If your reputation is shot, say, because you’re crazy, it’s easier.

Conformity is a powerful force. I try to do a little something every day to combat it. A world of crazy questions is much more interesting than a world of probably wrong answers no one wants to talk about. 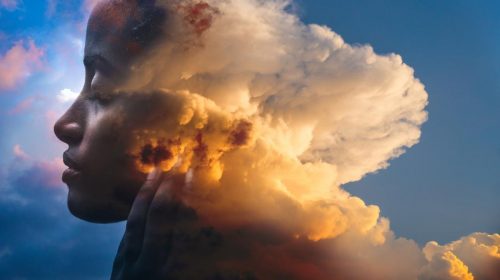 Last night I dreamt (whoa, spellcheck doesn’t like “dreamt”. This prompted Googling. Apparently some do not accept this spelling. Weird.) that I was at some event somewhere, and some guy showed up. He was there either as a maintenance man to fix some kind of large trailer, or he was there to interview the attendees. It was a dream, so maybe he shifted between both roles.

Anyway, he made some comment about libertarians being recalcitrant. I asked what he meant. The rest of the dream was a discussion between us. I told him the classical liberal tradition is long and broad. You might begin at Hesiod, then Aristotle. You might include interesting figures most have never heard of, like Auberon Herbert, as well as luminaries like Adam Smith and Milton Friedman.

As any good conversation about liberty ought to, it turned to the question of anarchy. Not in the positive, bomb-throwing sense. Anarchy simply meaning society without a political ruler, or without the initiation of violence. I shared with him a deep and rich body of thought, from Linda and Morris Tannehill, to Lysander Spooner, to Frank Chodorov, to Roy Childs, to David Friedman (Milton’s son), to Spencer Heath MacCollum, to Murray Rothbard, to Leo Tolstoy, to Leonard Read, to Randy Barnett, to John Hasnas, to Bruce Benson, to Robert Higgs, to Edward Stringham, to Peter Leeson, to Jeffrey Tucker and more.

We talked about every major function of the current government – from police, to courts, to rule-making, to defense, to infrastructure, to money, to education, to health care – and discovered how every one of them emerged as a market function that was only co-opted by violent monopolists late in the game, and that the monopolized version is in every way morally and practically inferior to its voluntary foundation.

I haven’t had an ideological debate or attempt to persuade anyone in years. I’ve moved into the world of action through entrepreneurship, trying to build a freer, better, more peaceful world through voluntary exchange instead of arguments. But this dream was a ton of fun. I woke up with my mind reeling through all the other stuff we didn’t even touch on. My intellectual and experiential journey to anarchism took nearly a decade and thousands such arguments, books, lectures, observations, points, and counterpoints. It felt like I crammed a few years worth into a single conversation in a dream. It was kind of a rush! 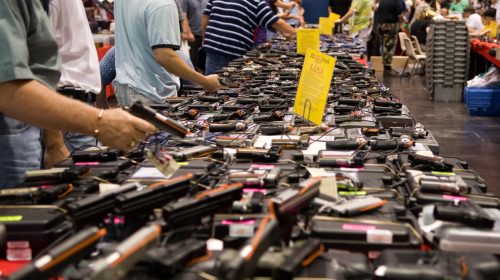 I don’t understand the desire to have governments take complete control of guns.

Familiarity with history and human nature unequivocally demonstrate just how ominous this is. The enslavement, oppression, torture, genocide, forced starvation, concentration camps, and wholesale mass murder wrought by governments on unarmed citizens utterly dwarf by orders of magnitude harms, crimes, and accidents done by armed citizens to one another throughout history. Armies of one government slaughtering helpless individuals living under another in war. Armies of governments slaughtering helpless unarmed citizens of their own. These account for hundreds of millions of deaths and far more in suffering the last century alone. It is the greatest human tragedy in history and always has been.

Complete government control of guns leads to an incredibly obvious and horrific lopsided condition: the worst, most dangerous people gain a tremendous physical power advantage over every decent person. Unchecked governments, organized crime, and unorganized thugs get all the guns. They will always find a way. Good people have nothing. To enact a policy that concentrates all physical power in the hands of all the bad people and takes any defense away from the good people is suicidal. It’s hard to imagine anyone seeing this as a good idea given human history.

The freedom for individuals to access and own weapons is on a very real level the most fundamental freedom of all and the final backstop against all of the worst horrors of human mobs. 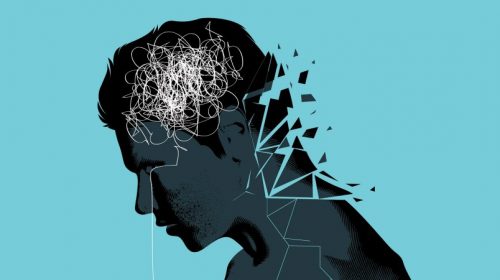 The magnitude of anxiety seems to be equal to the delta between expectations and self-assessment.

That means there are two variables to work on to reduce anxiety. Expectations and assessment.

On the expectations front, sometimes it helps to step back and remind yourself that you owe nothing to anyone, status in the eyes of others is a distraction, and there are really only a few things that matter.

It’s good to have expectations that exceed current reality. The discomfort it creates is the necessary impetus for action and progress, without which life is really depressing. But expectations can’t be so far out of reach that they leave you hopeless.

Self assessment is a bit trickier. Trying to believe you are closer to your expectations is tough. The old positive thinking stuff doesn’t work very well. Just telling yourself you are good isn’t super effective if your subconscious doesn’t believe it. Your inner self needs evidence along with intention. One of the best ways to raise your self assessment is to pair positive thoughts with small tangible accomplishments. Just bite sized bits of progress along the dimension of who you want to be.

Reducing the gap between expectations and self assessment is the key to anxiety reduction. 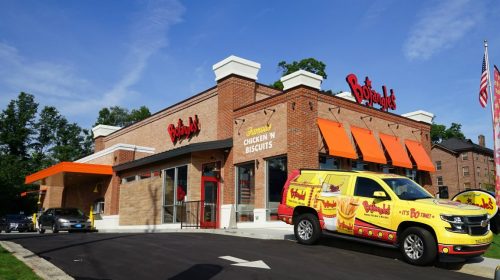 I swung into Bojangles this morning for a box of hot chicken and biscuits.

When I realized the meal I ordered didn’t come with quite enough for everyone, I went back to buy a few extra biscuits. The woman at the counter waved my credit card off and said, “I got you honey”, and added a few biscuits free of charge.

The error was mine, but she easily and gladly bore the cost and made sure I was happy.

I’m also dealing with the SC dept of revenue this week. Some clerical error has them believing that all of the 2017 revenue for Praxis was to me personally, and that I owe unpaid taxes on it. I can show them articles of incorporation, bank documents, and every other proof that it was company income which was taxed and reported already, but since some form two years ago had improperly been tied to me, they can’t just fix it. It’s still unclear whether the mistake was on me, them, or Intuit Quickbooks. But even though the rep there knows it’s not correct, she’s powerless. I can show her stuff but she can’t undo the paperwork. I could offer her money to fix it and she still couldn’t.

Unlike the Bojangles employee, the woman working for the bureaucracy has no agency. She has no ability to read the situation, adjust, and do the simple thing that gets the spirit of the law right despite errors in the letter.

This is what drives people to madness when dealing with bureaucracy. They aren’t dealing with humans or common sense or decency or logic.

Bojangles is better than the government. Why? Competition. Voluntary entry and exit. The need to win customer dollars instead of take them with armed agents.

That’s it. All the other stuff emerges out of that ugly fact.

Bojangles doesn’t throw you in a cage if you don’t buy their product. Government does. 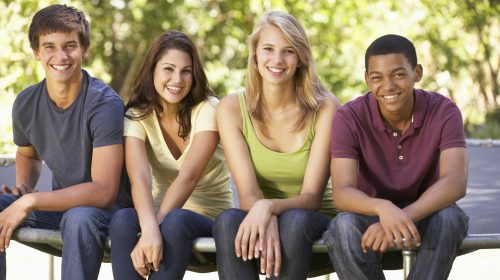 A bunch of people are clamoring to ban vaping, ostensibly because young people are doing it and it’s bad for their health.

Young people aren’t stupid. They know it’s not good for their health. Neither are sugar, caffeine, alcohol, sitting around all day, or school. Driving a car dramatically increases chance of death or injury. They know all this too. And, just like all humans, they choose a level of risk they are comfortable with.

If you ban one form of risk, they’ll make it up with another. People tend toward their acceptable risk level. See the Peltzman Effect.

I tend to think kids do things like sneak off to smoke or vape or drink alcohol in part because they have so little freedom. They are force-fed through a prison-like school system their entire lives. Even using the bathroom freely is prohibited. So they look for ways to flex their freedom. When productive ways aren’t on the table – say skipping school to create YouTube videos – they go to the more dangerous or destructive stuff. In fact, the more self-proclaimed authorities tell them something is bad, the more attractive it becomes as a form of maintaining and expressing some small sliver of freedom and rebellion.

I’m particularly surprised by the concern over vaping. Kids mostly do it out in the open. Its negative effects seem fairly mild compared to most risky youth activities. When it’s banned, it gets pushed to the shadows, where other shadowy stuff is also going on. This is not a preferable situation if your concern is for kids well-being.

Kids aren’t stupid. Your busybody efforts to control them are.

“Red Flag” Laws Violate Human Rights
It’s Not Just Trump Supporters: Politics is a Pile of Shared Psychoses
Yale Study: Vast Majority of High Schoolers Unhappy at School
State of the Union: No, Nick, Your Children Owe Nothing
“Our Government” is a Lie
Fake Credentials
A Loophole for the Lawless: “Qualified Immunity” Must Go
We Don’t Recognize the World’s Justice
“We” Should Not Regulate Homeschooling
When Did We Become Socialists?