Ticket Dismissed in Australia – No Evidence to Offer

It’s been a while, but we’ve got another ticket dismissed in Ipswich, Australia. Thanks to George for acting as a McKenzie friend for Lee and getting this ticket dismissed. Congrats to Lee for taking a principled stand against the criminals called “government.” From George ( I edited out names):

I am reporting another win this time from Australia. My name is George and in this case I used the Motion to Dismiss for my friend (I was there helping him as his McKenzie Friend in court). I help lots of people as a McKenzie Friend going from court to court every month. You have my consent to use this attached paper work in your radio/internet show (just blank his family name only).

Funny thing about this is we were running late to court that day (10 minutes). That case was listed first (very unusual). All was dismissed without Defendant present in court room.

The motion is called an application in Australia and is based on the same lack of evidence as in the United States. That’s because the men and women called “government” in Australia use the same claim, that if one is physically in Australia, their special rules called “laws” apply. There’s no evidence proving that claim is true, doesn’t matter if in the US or Australia. The documentary proof of the dismissal is below, including a short transcript.

While critics will claim that this is in no way because of the motion, that despite Lee’s entire defense to this point being an application to dismiss based on a lack of evidence, it was for “a hundred other reasons”. That the only certainty here is that it is absolutely NOT because of Lee’s defense. 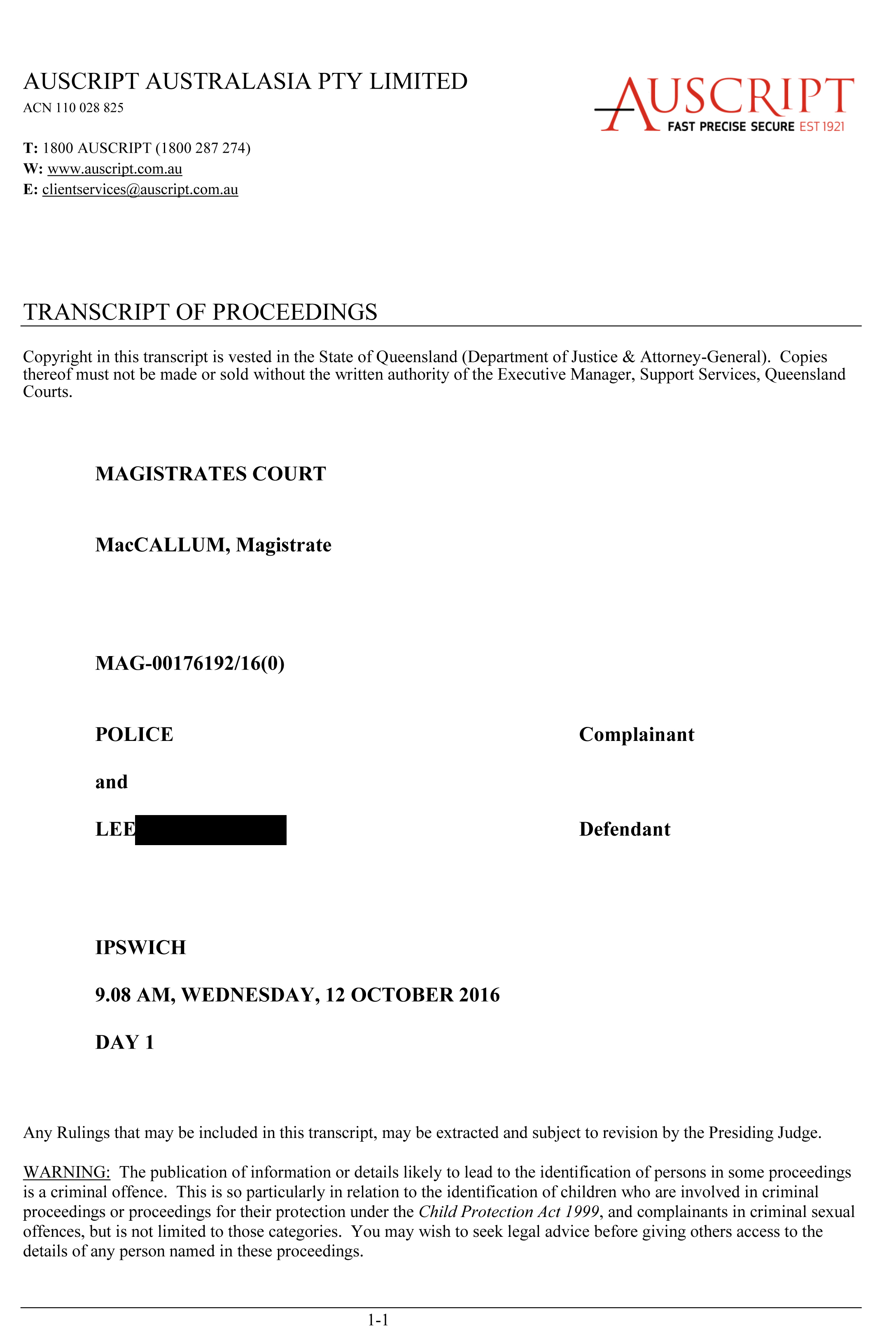 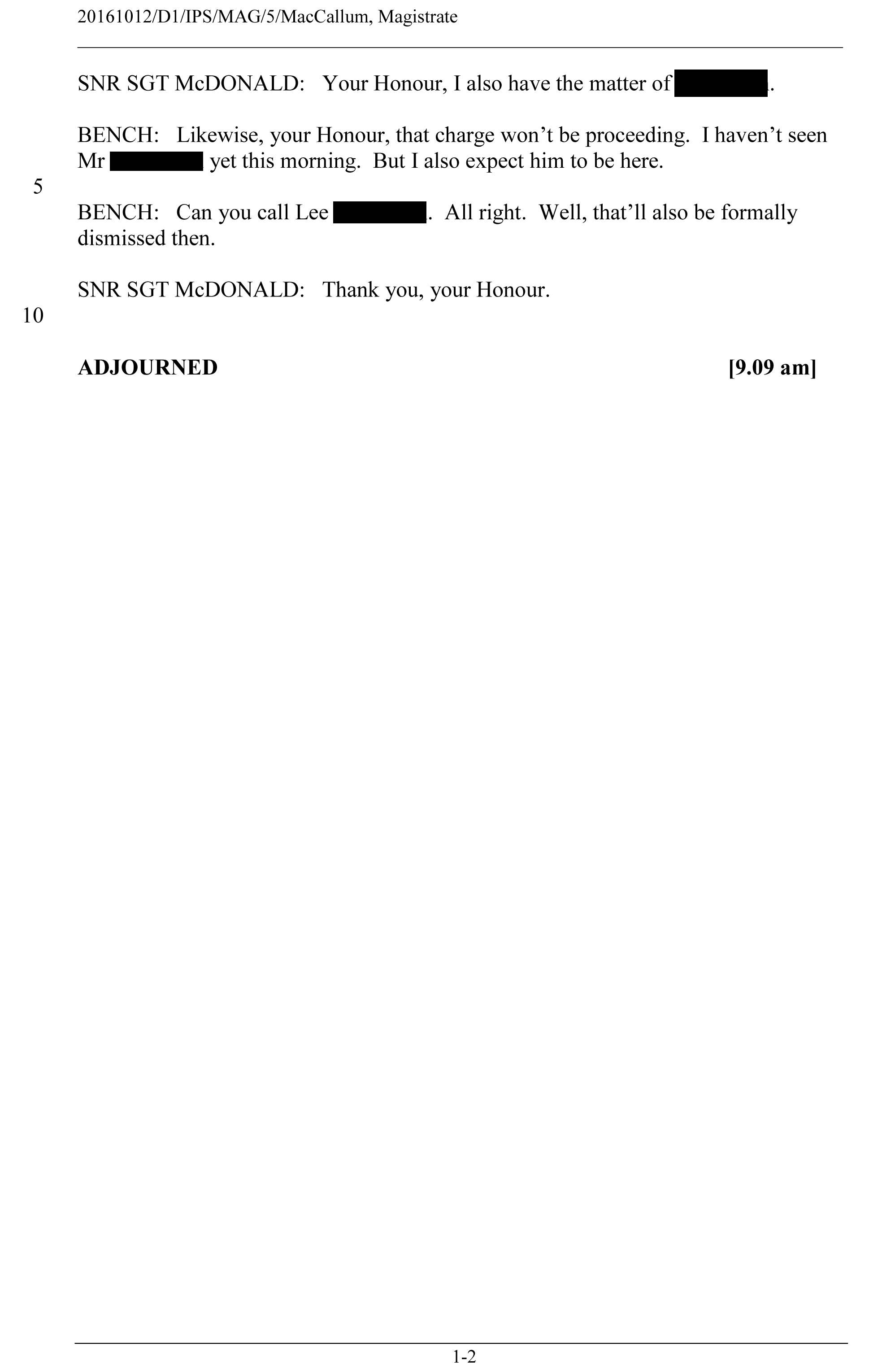 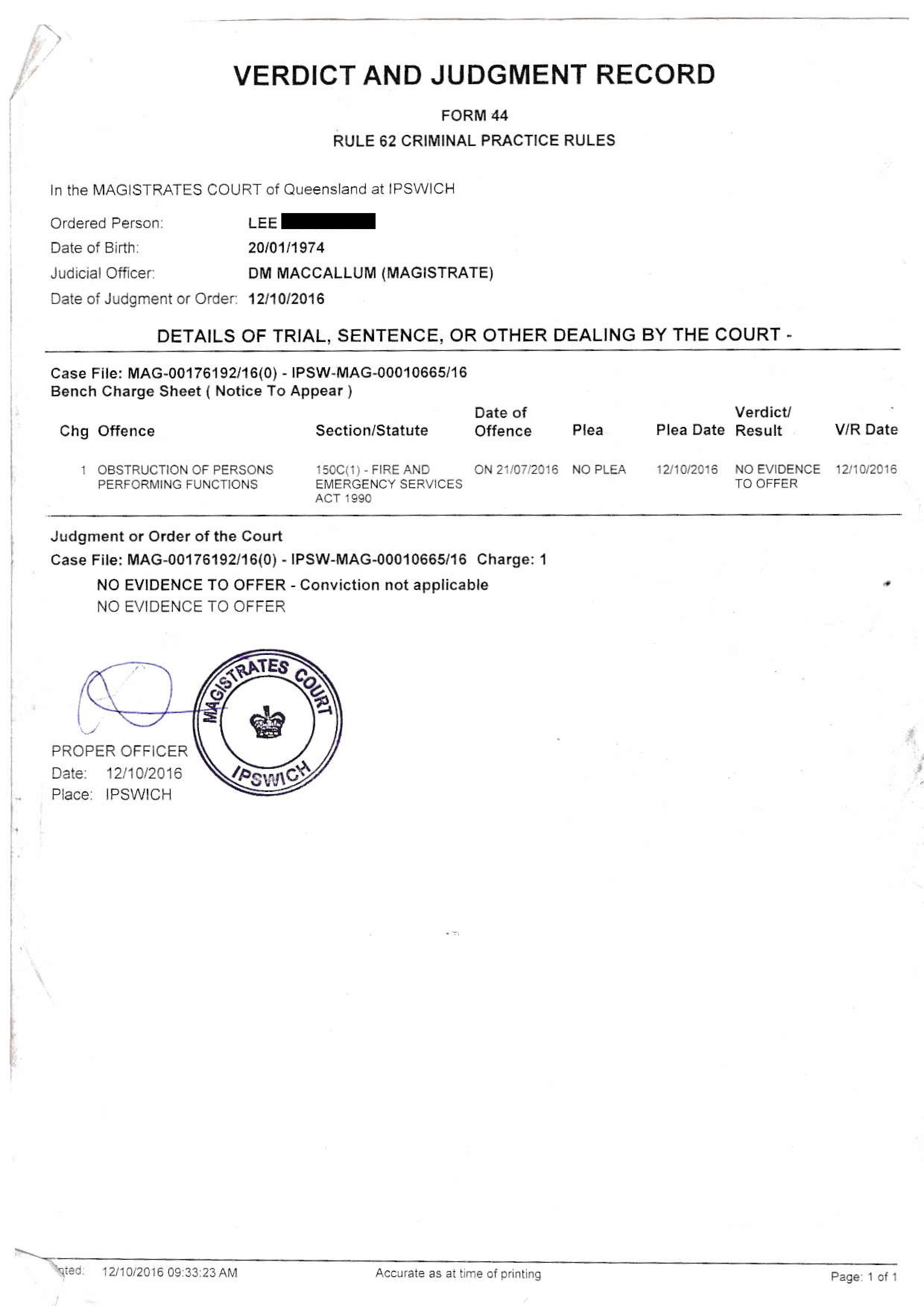 I think we should go based on the evidence. The ticket was dismissed because there was “no evidence to offer.” Could it have been based on no evidence to support the charge? Yes, but that would mean a false complaint was filed and the judge looked the other way. Which explanation is more likely based on the available evidence?

Also, Lee was looking at six months in jail, so this is worse than a traffic ticket.

Congrats to both George and Lee for prevailing on a principled stand against these predators.